Tropical Storm "Henri" formed at 21:00 UTC on August 16, 2021, as the 8th named storm of the 2021 Atlantic hurricane season. The storm is expected to pass south of Bermuda today, bringing tropical storm conditions to the island nation.

A Tropical Storm Watch has been issued for Bermuda – tropical storm conditions are possible within the next 24 hours.

A turn toward the W is forecast by tonight (LT), followed by a motion to the WNW or NW by late Thursday, according to the NHC.

On the forecast track, the center of Henri should pass well to the south of Bermuda later today, August 17, and tonight, August 18 (LT). 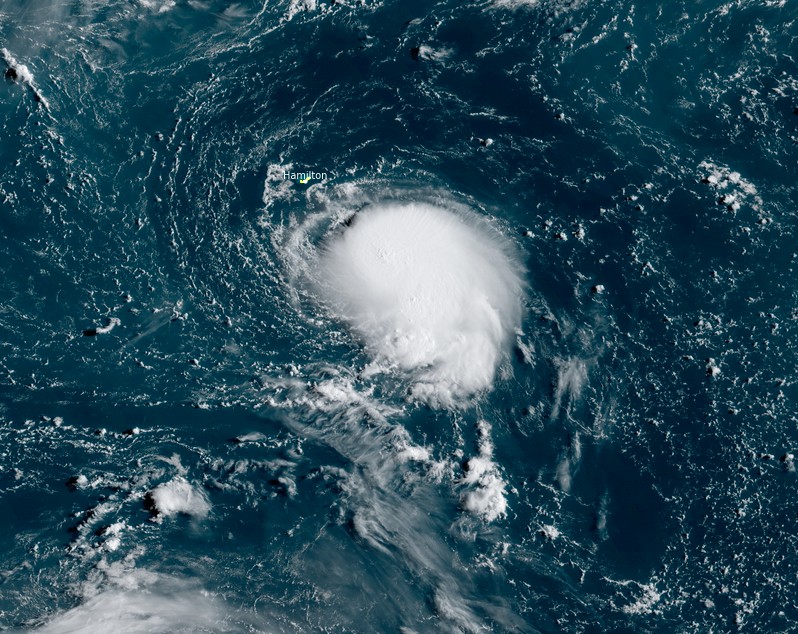 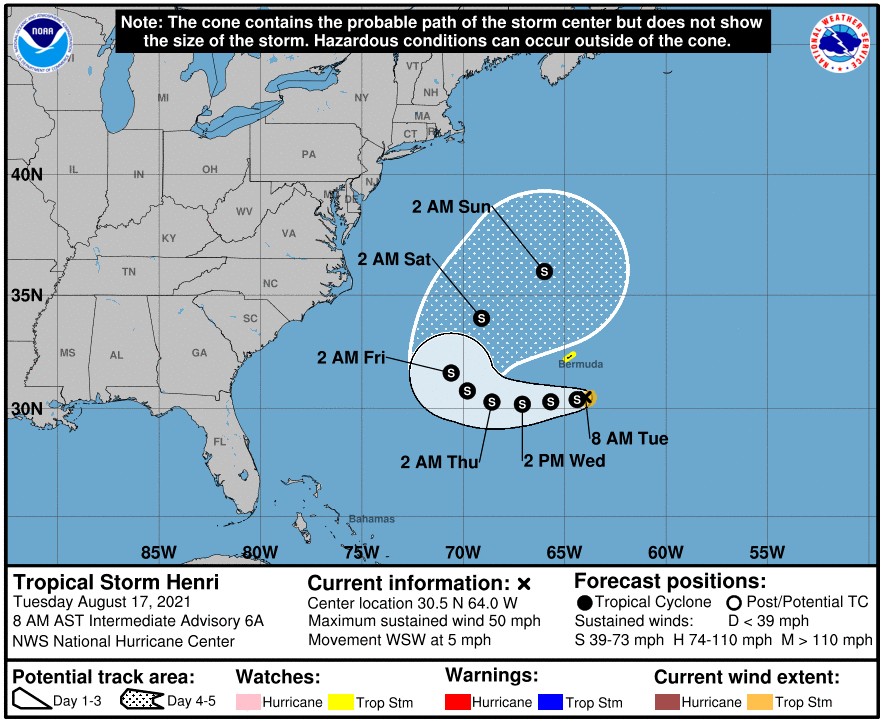 "Tropical Storm "Henri" will continue to take a clockwise track around the south of the Island over the next few days as it intensifies," the Bermuda Weather Service (BWS) meteorologists said.

Winds could approach tropical storm force at times, especially towards the south of the marine area, and as such a tropical storm watch remains in effect. Expect occasional spells of inclement weather mainly from later this afternoon into Wednesday, August 18.

"Henri will pass its closest point of approach to the island and will gradually begin to move further away. An upper trough will steer the storm towards the northeast and it will complete the clockwise loop around the island," BWS said.

"This will bring additional rainfall, however, current guidance has seen the possibility for 'tank rain' decrease. Weak outer bands will traverse through the island on Wednesday bringing periods of rain or shows which do not seem heavy or long lasting from the latest model run.

"Instability indices trend low for the potential for thunder and due to the uncertainty have not been included into the forecast for Wednesday.

"Thursday will likely see sunny spells as the storm moves farther to our north. Winds and seas are forecast to return to a moderate state later on Wednesday while remaining moderate through Thursday."