A strong storm is expected to impact the Pacific Northwest, US on October 15, 2016. The system, formed of the remnants of Typhoon "Songda" will bring heavy rainfall and strong winds across the affected areas, and will likely cause localized flooding and isolated snowfall.

Tropical Storm "Songda", the twenty-third tropical cyclone of the northwestern Pacific Ocean formed on October 9, about 785.4 km (488 miles) east-southeast of Iwo To island, Japan, and developed into a typhoon by the next day.

Typhoon "Songda" was located approximately 1 426 km (886 miles) southeast of Misawa, Japan, and tracking east-northeastward at 50 km/h (31 mph) on October 12, 09:00 UTC, according to the Joint Typhoon Warning Center (JTWC). Maximum sustained winds have reached the speed of 194.5 km/h (120.8 mph) with gusts up to 240.7 km/h (149.6 mph), making Songda a violent typhoon, equivalent to a Category 3 hurricane system. The minimum central pressure of the system was estimated at 927 hPa. 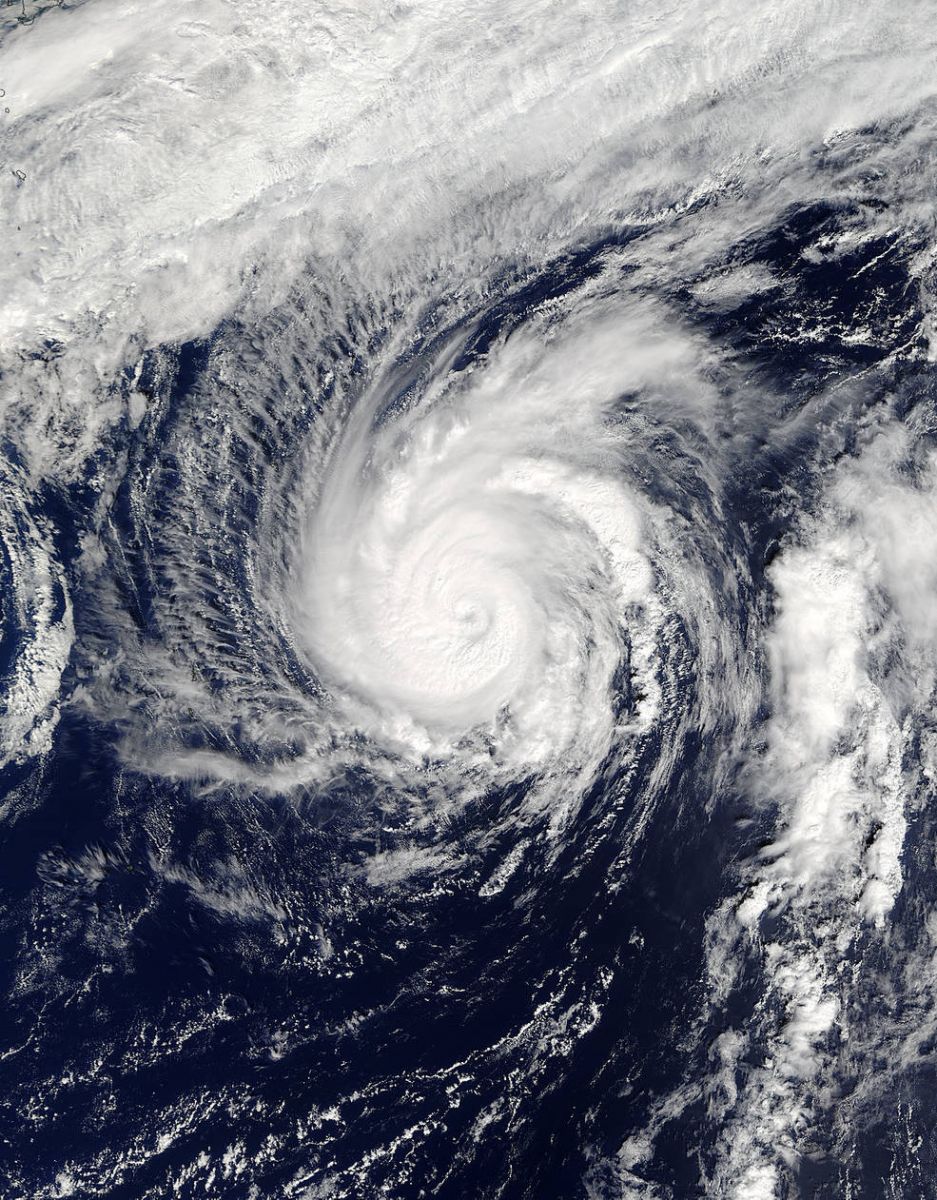 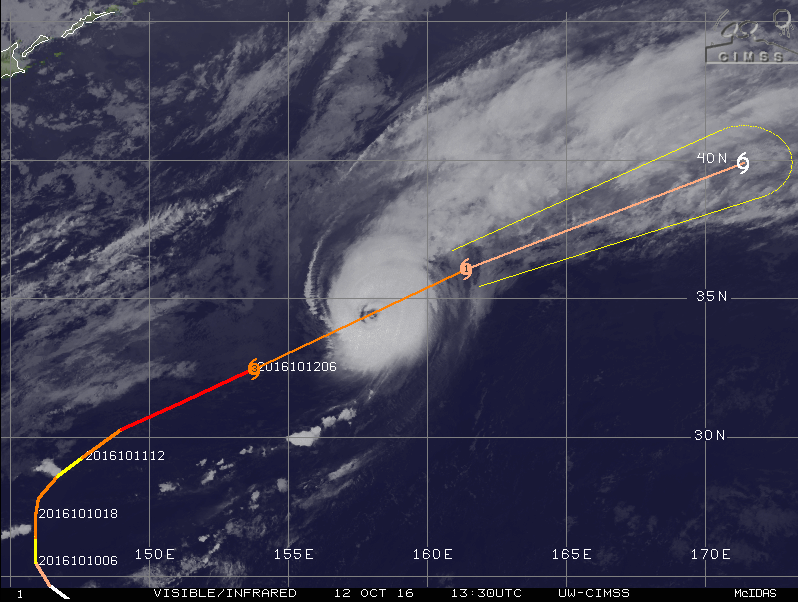 According to the JTWC, the typhoon has embedded deeper in the mid-latitude westerlies. Strong vertical wind shear with speeds greater than 55.6 km/h (34.5 mph) and dipping sea surface temperatures, now at 26 °C (78.8 °F), have offset the flow, and the system is currently undergoing extra-tropical transition. The environmental impacts will erode the typhoon rapidly. However, before the total dissipation, Songda is expected to complete extra-tropical transition and become a whole gale-force cold-core low over the next 12 hours.

#Songda was classified as a supertyphoon at 30.2°N. Only 3 TCs since 1965 have been a supertyphoon farther north (Oscar, Parma & Ma-on). pic.twitter.com/7LcHncewqs

According to Philip Klotzbach, a meteorologist at CSU, Songda was classified as a super-typhoon at 30.2 °N, and only three tropical cyclones since 1965 have been called supertyphoons farther north, namely Oscar, Parma, and Ma-on.

Remnants of the Typhoon "Songda" will start to affect the Pacific Northwest on October 15 and produce severe weather conditions expected to affect the area during October 16. 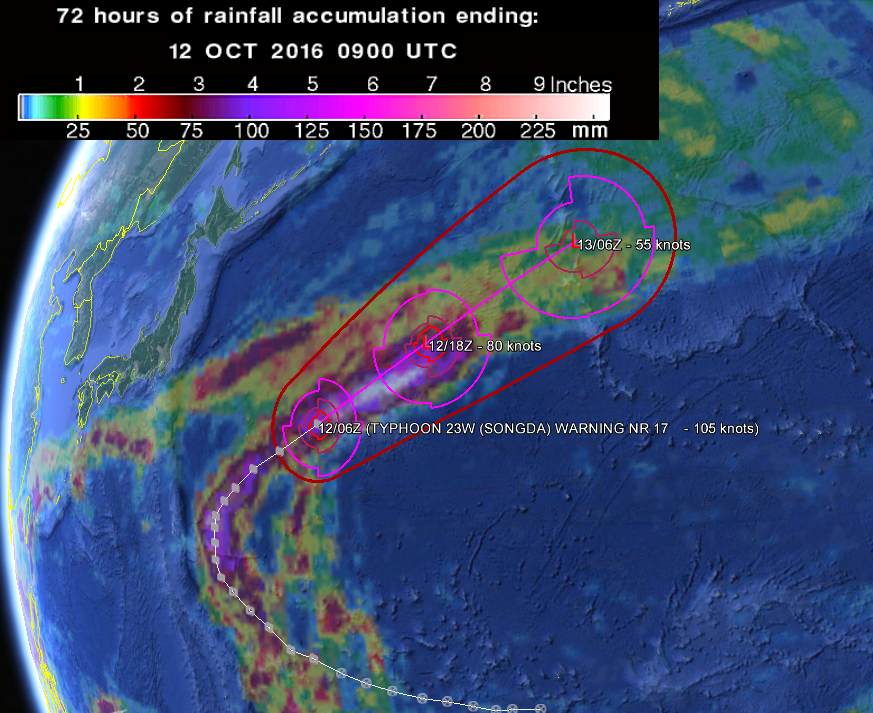 As two other low pressure system approach the Northwest, heavy rainfalls and strong winds are expected to start later in the day, and continue until the end of the coming weekend.

Isolated flooding is possible across portions of the Northwest and abundant rainfalls, between 127 and 203.2 mm (5 and 8 inches) are expected to accumulate by October 16. Heaviest rainstorms are forecast along and near the coastal areas, locally exceeding 203.2 mm (8 inches).

The National Weather Service (NWS) has put high wind warnings in effect for southern Oregon and northeast California for October 13, as gusts between 96.5 and 128.7 km/h (60 and 80 mph) are forecast. High wind watches are in place across portions of Sierra Nevada, coasts of northern Oregon and southern Washington for October 13 and 14, as winds between 104.6 km/h and 120.7 km/h (65 and 75 mph) are expected.

Remnants of Typhoon "Songda" will start to move inland on October 16. The exact track of the associated low pressure field will decide if the winds will be strong enough to down trees and cause power outages across the affected areas.