According to the NHC forecast, Epsilon is expected to be near or at hurricane strength when it approaches Bermuda late this week.

While it's too soon to determine the exact details of its track and intensity near the island, there is a risk of direct impacts from wind, rainfall and storm surge on Bermuda.

There are currently no coastal warnings or watches in effect but interests there should closely monitor the progress of this storm, NHC forecasters warn. 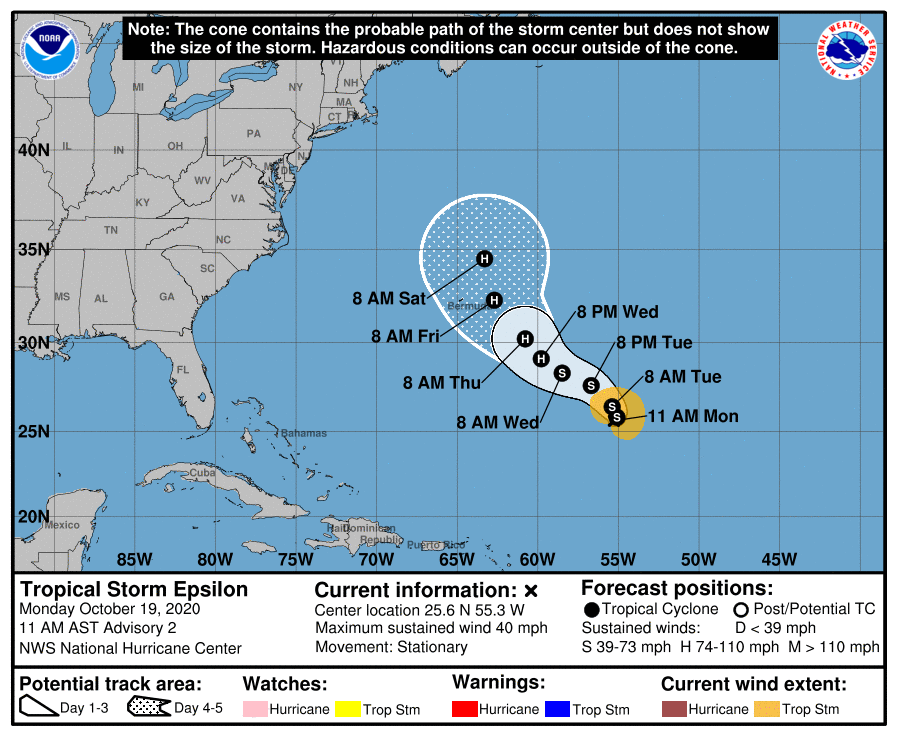 At 15:00 UTC on Monday, October 19, the center of Epsilon was located 1 185 km (735 miles) SE of Bermuda. Epsilon is currently a stationary storm, with little overall motion expected through tonight (AST).

Gradual strengthening is forecast during the next 72 hours, and Epsilon is forecast to be at or near hurricane strength by early Thursday, October 22.

Tropical-storm-force winds extend outward up to 220 km (140 miles) primarily to the northeast and east of the center. 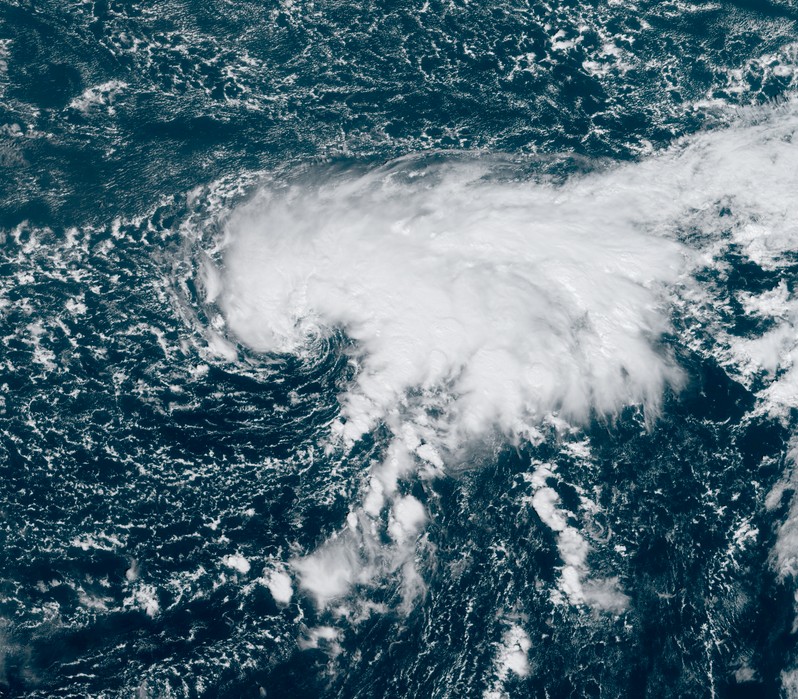 "Epsilon is meandering over the central Atlantic as it is located within an area of weak steering currents near the base of a mid- to upper-level trough that extends southwestward from the northeastern Atlantic," NHC forecaster Brown noted.

"A mid- to upper-level ridge is forecast to build over the western and central Atlantic to the north of the system by midweek, and this ridge should slide eastward later in the week.  These changes in the synoptic pattern should cause Epsilon to begin moving west-northwestward to northwestward at a faster rate of speed by midweek."