A scientific campaign set to assess the status of Nyiragongo's crater found that current conditions at the volcano suggest that peak hazard will arrive in 4 years, or earlier if an earthquake were to hit the volcano. Nyiragongo's current eruptive phase started in May 2002.

The volcano is located in the Virunga Volcanic Province (VVP) in the Democratic Republic of the Congo, part of the western branch of the East African Rift System.

It has a 1.2 km (1.9 miles) wide summit crater with a prominent lava lake, at times the most voluminous lava lake in recent history, that has been active since at least 1971.

20% of the city was destroyed when the volcano erupted, an estimated 250 people died and hundreds of thousands evacuated.

Aerials of lava flowing through the city and into Lake Kivu

Since then, the at-risk population living in the shadow of the volcano has more than doubled to 1.5 million, researchers said, adding that conditions now are ripe for another disaster.

Campaign leader Dario Tedesco — a volcanologist at the Luigi Vanvitelli University of Campania — and his colleagues found the lava lake there filling at an alarming rate, faster than ever before.

The analysis suggests the peak hazard will arrive in 4 years, although researchers believe an earthquake could trigger a crisis earlier.

Tedesco said he is alarmed by parallels to the 2002 eruption, which began after an earthquake opened up fissures in the southern flank of the volcano.

The then largest lava lake in the world drained in a matter of hours, releasing low-silica, runny lava that flowed as fast as 60 km/h (37 mph), Rolan Pease noted in his report published in Science. 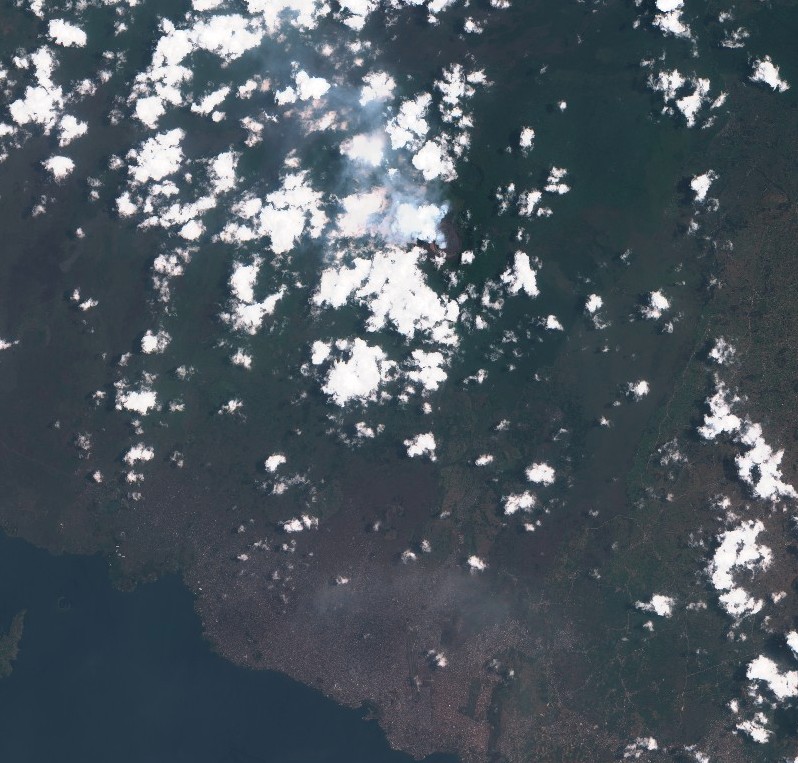 Activity at the volcano accelerated in 2016 when a second vent began to fountain within the crater, gushing an estimated 4 m3 (141 ft3) of lava per second, enough to fill an Olympic swimming pool every 10 minutes.

"As long as the volume is increasing, it increases the chances of a volcanic eruption onto Goma," the Goma Volcano Observatory (GVO) Director-General Katcho Karume said.

In addition, GVO — responsible for issuing an alarm if the eruption occurs — is now set to lose funding from the World Bank it has relied upon for the past 5 years.

The extremely fluid 1977 lava flows caused many fatalities, as did lava flows that inundated portions of the major city of Goma in January 2002.