Several days of heavy rainfalls prompted over 2 200 people to evacuate from the Kaohsiung city in southern Taiwan, due to an increased threat of landslides, on June 13, 2016.

Torrential downpours triggered strong flooding on the afternoon of June 13 (local time). Traffic was disrupted, and several roads were cut off following the inundation of local roads and bridges. Schools and offices were closed in the Taoyuan District. 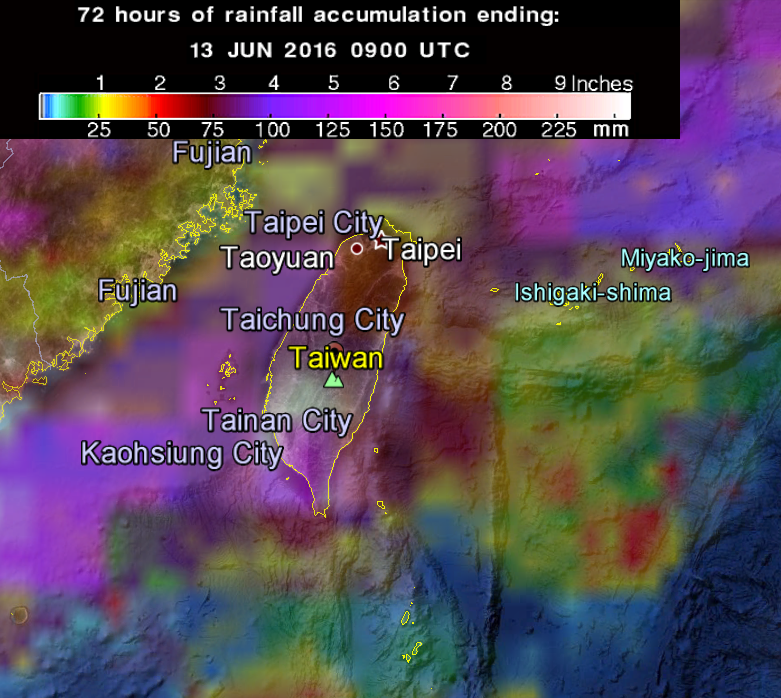 According to the Central Weather Bureau, numerous regions reported over 200 mm (7.9 inches) of rainfall in a 24 hour period until June 13. On June 11, a Level 1 flood warning was issued for eight townships in Pingtung by the Water Resources Agency. The Soil and Water Conservation Bureau under the Council of Agriculture issued red alerts for 30 rivers and mudslide warnings for 11 villages in Pingtung and Kaohsiung City. Flood waters in Donggang reached levels between 20 and 30 cm (0.65 and 0.98 feet) on the afternoon of June 11 (local time).

60 rivers were put on a yellow alert status. Residents of 22 villages in five townships in Kaohsiung City, Nantou, and Chiayi counties were advised to evacuate.

A prolonged period of continuous rainfall caused the mature rice plants to collapse in the eastern Taitung county. Also, the Baihe Reservoir, used for irrigation purposes in the southern Taina, measured 99.9% of its full capacity by June 13, at 11:00 (local time).