Additionally, the volcano recorded 47 low-intensity exhalations with steam and gas emissions over the last 24 hours, CENAPRED reported at 16:45 UTC today.

Incandescence and continuous emission of steam and gas were observed during the night. 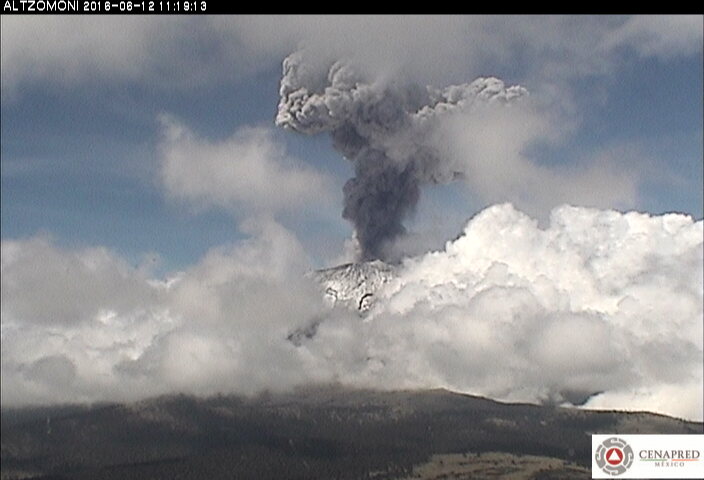 CENAPRED warns people should not go near the crater, due to the hazard caused by ballistic fragments and the possibility of short-range pyroclastic flows and mudflows.

A 12-km (miles) radius around the crater is closed for visitors.

Population living nearby should be alert for the official information disseminated. In the case of ashfall, cover your nose and mouth with a wet handkerchief or face mask, clean the eyes and throat with pure water, avoid contact lenses to reduce eye irritation, close windows or cover them up, and stay indoors as much as possible.