Tropical Storm "Lupit" combined with seasonal southwesterly winds to bring extremely heavy rains to parts of Taiwan from August 5 to 7, 2021, causing destructive floods and landslides. Lupit made 2 landfalls in China — the first in Shantou, Guangdong Province, and the second in Zhangzhou, Fujian Province — before moving over Hsinchu and Miaoli counties in northeastern Taiwan on August 7. 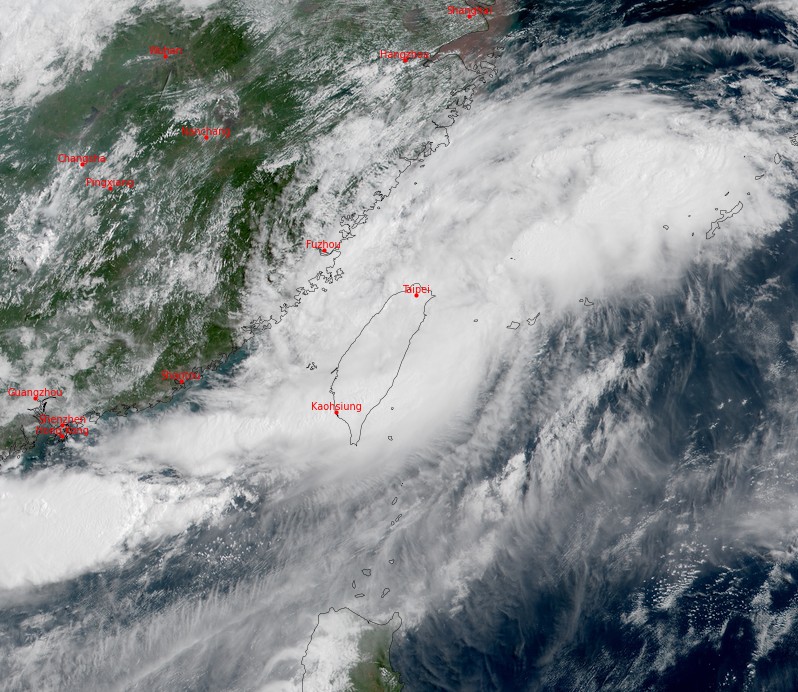 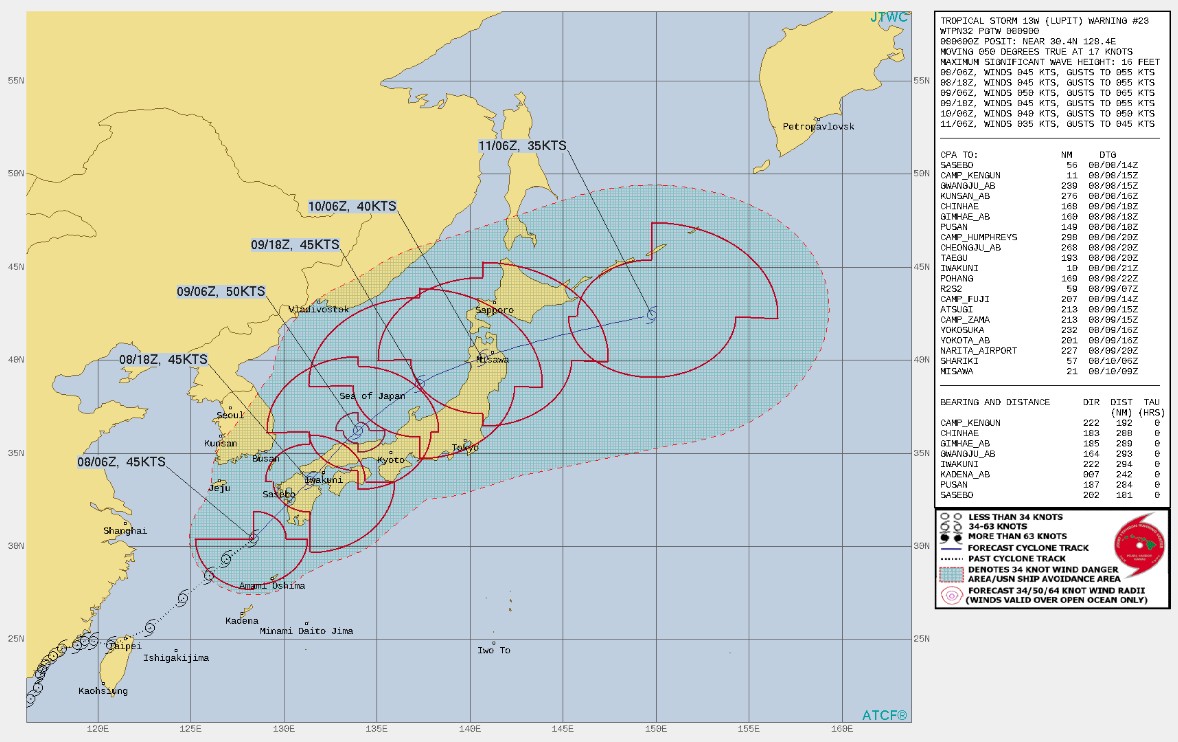 A section of a 100 m (328 feet) bridge in New Taipei City's Chajiao Borough near Dongyanshan collapsed, trapping some 300 people in the borough. The city government said the bridge's pillars had been reinforced but 'continuous rains and recent earthquakes caused the collapse of a 5 m [16.4 feet] section.'

A large section of the Minbaklu Bridge in Taoyuan District collapsed, effectively cutting off the district.

The minimum central barometric pressure was 990 hPa, and the system was moving northeast at 37 km/h (23 mph). 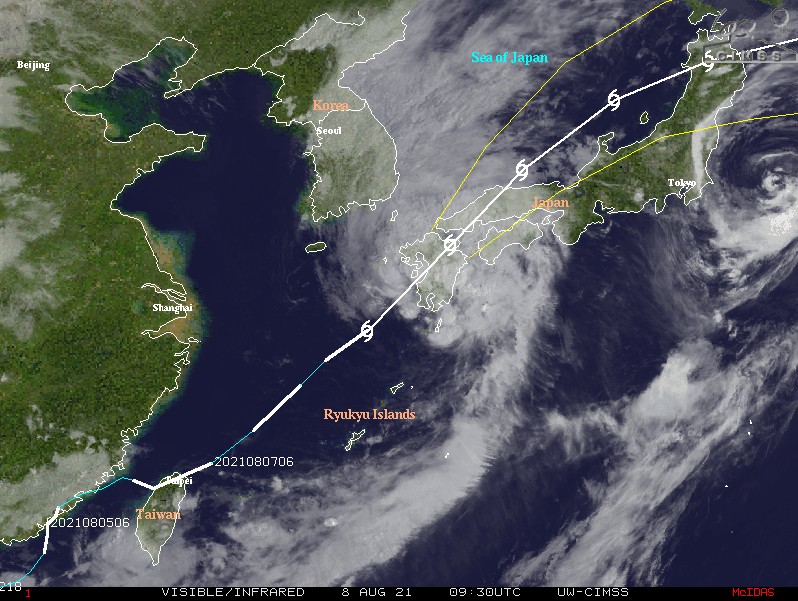 Featured image: Destruction of a bridge in Kaohsiung’s Taoyuan District by the overflowing Yusui River on August 7, 2021. Credit: TaipeiTimes (submitted by a reader)