Northern Japan has been hit by one of the worst winter storms of the season on Monday, February 29, 2015. JMA warned another blizzard, the worst in years, was expected to hit Hokkaido early Tuesday, March 1.

Hokkaido Shimbun reported on Monday one person was found dead in his car in the city of Obihiro, Hokkaido, after having apparently died of accidental carbon monoxide poisoning as a result of heavy snow.

According to Robert Speta of the WestPacWx and NHK, the worst-hit areas are across Hokkaido where hundreds were left without power.

One community in Utoro has been completely cut off after the only highway into the town was submerged in the heavy snow.

"An incredible amount of total accumulation has hit the area in the past 48 hours," Speta reported yesterday. Some places have seen over 1 meter (39 inches) of total precipitation. This combined with winds gusting up to typhoon strength has made dangerous travel conditions across not only Hokkaido but further south into Tohoku and Hokoriku. 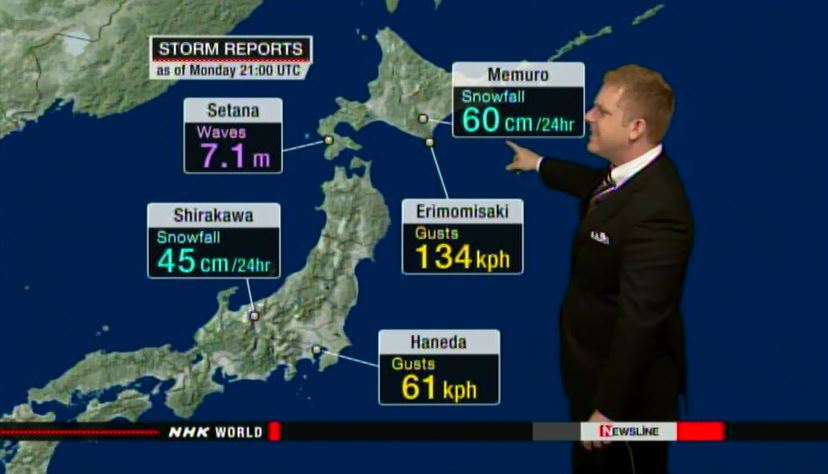 Around 10 people were taken to hospital in three separate snow-related traffic accidents, the local Hokkaido daily reported on Monday. In total, 19 people were injured in traffic accidents in Hokkaido. In the city of Tomakomai, the winter storm blew off roofs and broke windows.

About 320 flights and 133 train services were canceled on the island, while 168 schools were closed.

The Japan Meteorological Agency said another powerful blizzard, the worst in years, would hit the island early on Tuesday.