Months after a major 'sinkhole' swallowed a campsite near popular Rainbow Beach in Queensland, Australia, another rapid beach erosion event occurred in the same area on March 1, 2016.

According to Queensland Parks and Wildlife, the activity started at the surface of the sand about 08:00 and ended at 10:15 local time.

Their spokesman said the erosion has not affected any campsites nor access to the barge to Fraser Island.

On February 26, Queensland's Department of National Parks, Sport and Racing warned that a tropical low pressure system off the Queensland coast will bring increased swell to exposed beaches along the South East coast from February 26 to 29, 2016.

"The combination of large swells and high tides is likely to cause beach erosion. Beach conditions are expected to continually change and may deteriorate making some sections of beach not suitable for driving. Beach hazards such as sand depressions, washouts, fallen trees, exposed coffee rock and debris including logs may occur as a result. Motorists should exercise caution at all times, and plan to travel at low tide, if safe to do so. Ensure camps are set up well above the high tide level, in designated beach camping areas. Depending on the level of erosion sustained, access to some beach camp sites may be temporarily restricted."

University of Queensland coastal erosion researcher Konrad Beinssen, said for Brisbane Times in November 2015 that these kinds of events are triggered offshore in underwater channels. "They are similar to an underwater avalanche," Beinssen said.

"If you get fine tightly packed sand on a submarine slope, which is vulnerable to collapse, all you need is a trigger and just like a bushfire, it will grow and grow and grow. They are very common, but you don't often see them because they occur underwater, and they peter out before they get to the bank. They don't last for very long. They start underwater, and they are unpredictable. When sand moves again, it will gradually fill, it will get to a new slope, new sand will move in, it will pack itself down densely and then it will happen again," he said.

If you'd like to learn more about such events, see the document titled Risks associated with nearshore instability Inskip Point, Qld. The document, prepared by EDG Consulting for Queensland Parks and Wildlife Service, describes September 2015 event (image below) at Inskip Point in great detail. 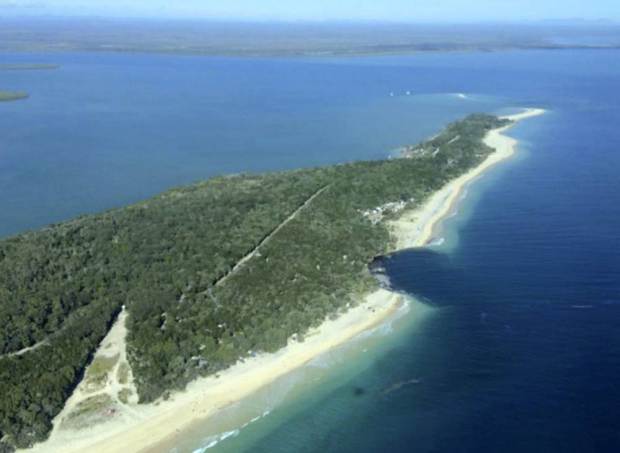