A 100m-wide section of beach was swallowed by a sinkhole on June 25, 2011 at Inskip Point, north of Tin Can Bay. The hole opened up on the popular stretch of beach about 10.30am and by mid-afternoon it looked like a giant bite had been taken out of the coastline.


Campers on Inskip Peninsula watched in awe as chunks of sand were sucked out to sea, followed by trees and signs. No one was believed to have been injured. Gympie police district duty officer Sergeant Vic Tipman said sinkholes - which can swallow portions of beach as big as houses - were common at Inskip. (CourierMail) 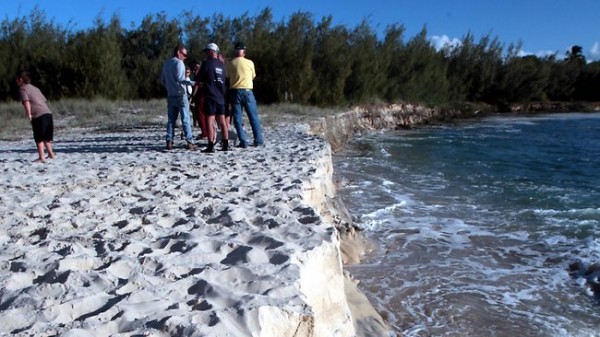