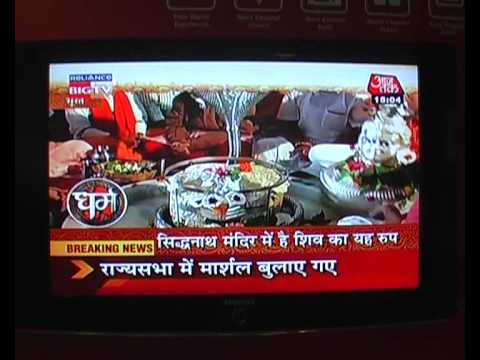 The situation continues to deteriorate in Olpad town where water has been overflowing from wells and borewells for the last few days. Now the water is flowing out of houses situated on the ground floor after seeping through cracks in the floor. This has been happening in many localities of the town but the district administration seems clueless about the reason.

Water burst through the cracks in the floor of two houses located in Mali falia and Asmanabad areas of Olpad on Wednesday. Soon there were complaints from the residents of other houses about a similar problem in their area. In some houses, water has been coming out with such force that it soon spreads to the entire house. Some houses have 15 cm of water on their ground floor with the drainage system proving ineffective in draining it out. The residents of the town have informed the district administration about the problem.

The authorities sent a team of geologists and asked them to conduct an on-the-spot survey. Sources said that after preliminary checks, geologists reported to district administration that continuous leakage of gas had led to the situation. They also claimed that, at some spots, oil was also coming out with groundwater.

A team from Gandhinagar had also come to Olpad to investigate the matter. They have taken samples of water and will submit a report after investigation. (DNA India)

Research carried out by a team of experts from the Institute of Seismological Research (ISR), Gandhinagar, has revealed that the spurting of groundwater in Olpad was due to water-logging caused by a large number of shrimp farms in the area, and not because of pressure from gas deposits. Over 200 artificial shrimp ponds in Olpad are filled with sea-water, and the extra filling of water in the ponds resulted in infiltration of salty water into the ground causing gradient reversal and recharge of groundwater table, the report said. 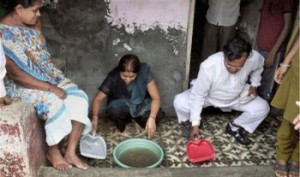 A two-member team consisting Girish Kothari (Scientist B) and geologist Prabhin Sukumaran under the guidance of Director General of ISR, Dr B K Rastogi, carried out field investigations at different locations in Olpad and prepared their preliminary report, which they handed over to the state government as well as to Surat’s District Collector on Friday. The team visited atleast 20 affected locations in Olpad town. The geo-chemical analyses of water samples taken from different locations showed no mixing of hydrocarbon with water, and the scientists also ruled out the possibility of gas leakage being the cause of the water spurt.

Investigating officers said gas reserves lie at 280 mts – 600 mts deep into the earth, with a layer of tertiary rocks over them. When the gas leaks, it cannot exert any pressure, but rather leak from innumerable places in the atmosphere. Hence, the possibility of gas leakage leading to increase in pressure of ground water was rejected.

The first report to be submitted on the matter was from experts from the Central Institute of Mining, Dhanbad, which stated that pressurised underground reserves of natural gas may have caused the gushing, which could be solved by drilling holes in the ground nearby. Surat district collector A J Shah said another report from the Central Mining and Fuel Research Institute is also awaited. (IndiaExpress)