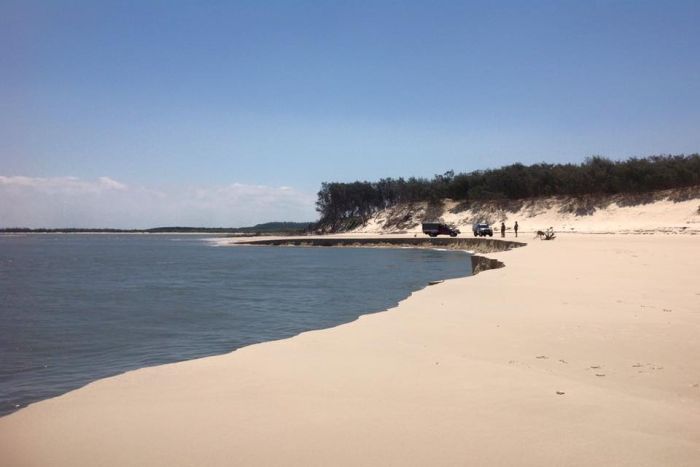 A rapid beach erosion, known as a 'flow slide' has swallowed up a 100 m (328 feet) wide section of a beach in North Stradbroke Island, Queensland, Australia, locals reported on November 25, 2015.

The beach, which is popular with fishermen, swimmers and off-road drivers, is now covered with water and security alert is still on. The collapse of a football field sized part of the earth is believed to be caused by erosion, due to strong tides.

“This collapse is going to make this place a very massive hazard zone, as this area is unpredictable due to its strong water movement,” said Michael Bates, local life guard.

Queensland Park and Wildlife Service (QPWS) is urging the visitors of North Stradbroke to drive carefully near the area of down cut.

QPWS South-East regional director Mick Cubis said: “The sand is permanently shifting in this area and is already returning with the tide. Queensland’s seashore sand masses are dynamic environments and are sensitive to wind, tides and waves."

University of Queensland coastal erosion researcher, Konrad Beinssen, said that these kinds of events are triggered offshore in underwater channels. "They are similar to an underwater avalanche," Mr Beinssen said for Brisbane Times.

"If you get fine tightly packed sand on a submarine slope, which is vulnerable to collapse, all you need is a trigger and just like a bushfire, it will grow and grow and grow. They are very common, but you don't often see them because they occur underwater, and they peter out before they get to the bank. They don't last for very long. They start underwater, and they are unpredictable. When sand moves again, it will gradually fill, it will get to a new slope, new sand will move in, it will pack itself down densely and then it will happen again," he said.

In September 2015, a similar event took place at Inskip Point on Queensland’s Sunshine Coast and swallowed a car, caravan and camper trailer.