The detection of wildfires is the first step in combating them, so it is crucial to people's lives and property to be able to respond to them as quickly as possible. For this reason, NASA's Jet Propulsion Laboratory in California is putting a lot of effort in a joint project with Quadra Pi R2E from San Francisco.

Once finished, this project called FireSat would combine the effects of 200+ infrared sensors placed on satellites in Earth's orbit which will quickly locate wildfires anywhere in the world, making it the ultimate orbital wildfire coverage to date.

According to Robert Staehle, the lead designer of FireStat, the majority of wildfires are reported via 9-1-1 calls, but others are not, and this can pose a huge problem as the fire escalates along with any costs in the suppression budget. However, this system would present a cheap alternative that could be applied anywhere in the world.

These sensors could detect fires that are as small as 10 to 15 meters (35 to 50 ft) in diameter, within 15 minutes from the moment they start. Only three minutes later, the local firefighters would be alerted which should give them a tremendous advantage when making critical decisions.

Furthermore, these sensors would not only work on fires – explosions, oil spills, but on any event that involves massive heat that could be detected anywhere in the world.

The concept was originally introduced to the joint Committee of NASA and U.S. Forest Service back in 2011. From then on, the fire monitoring needs and technical requirements have been discussed and fulfilled.

Staehle added that the costs for such a system have finally been brought to a reasonable level, due to advances in microelectronics. The credits for this go to NASA, JPL and several universities that have all conducted CubeSat trials, and the software originally developed for Mars rovers and Earth orbiters has also been successfully implemented.

These sensors would not be working alone, of course. There are already numerous NASA satellites whose purpose is to monitor any wildfires that might occur. One notable example would be the Terra Satellite and its Moderate-resolution Imaging Spectroradiometer (MODIS) that has already proven effective in fire detection. 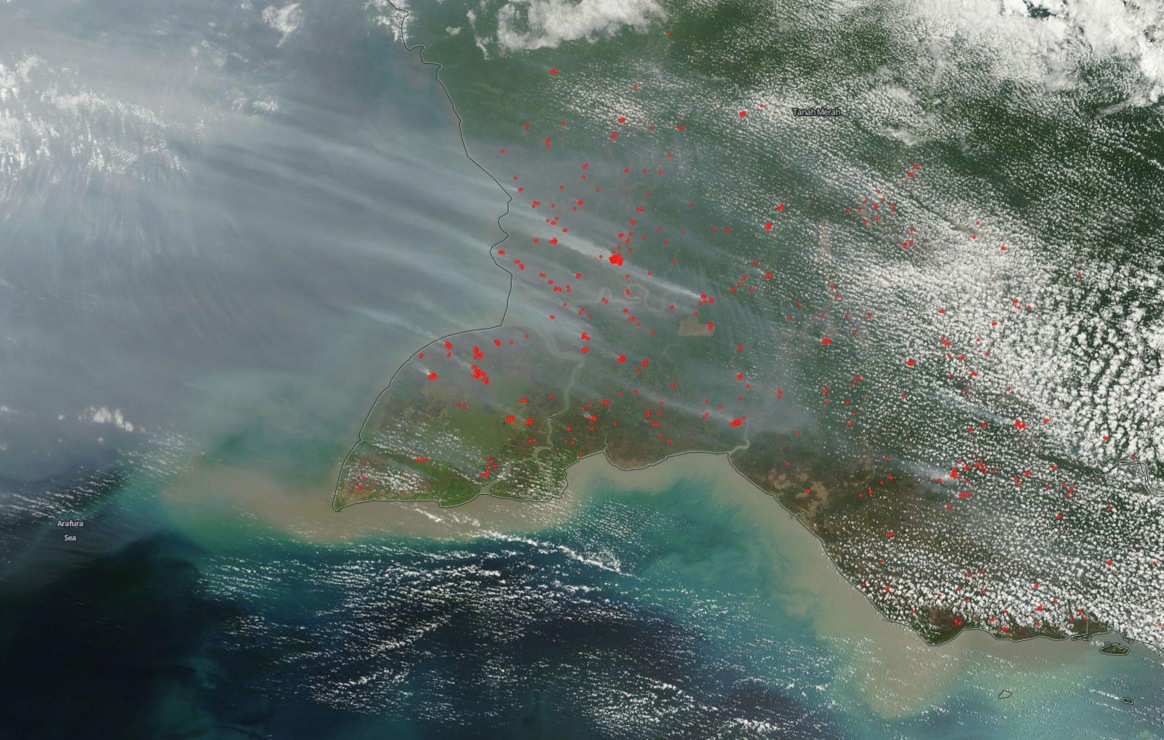 Fires in Indonesia as seen by Terra/MODIS in its "Fires and thermal anomalies" mode on October 16, 2015.

Another project would be the Sensor Web, which studies various effects related to temperature – whether freezing cold or melting hot: volcanoes, fires, flooding etc. by extensively using satellites and sensors in the Earth's orbit. Numerous other examples that will remain in use include AVIRIS, MASTER and lidar data, while FireSat should inherit some of the AEGIS software.

Furthermore, FireSat would make a clear improvement over the current satellite-based fire detection systems, as these can only detect fires once or twice a day and send large images, whereas FireSat would send images at the rate of one per minute, along with the exact coordinates of the fire, which would make for a smoother, more useful information exchange with people on the ground.

If all goes according to plan, FireSat should be in place by June 2018.