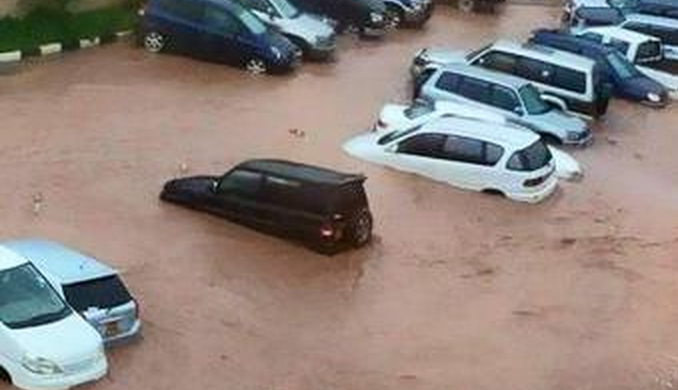 Heavy rainfall has been affecting Kenya since November 3, 2015. Extreme weather conditions caused another round of flash floods and landslides in several places, as of November 11. At least 8 people have been reported dead so far while over thousand of others have been displaced.

Torrential downpours have been affecting portions of Kenya since last week, while floods and landslides were reported in regions of Mount Elgon, Migingo island, Narok and Homa Bay in southwestern part of the country and in Garissa in eastern Kenya, as of November 11.

So far 8 victims have been reported, three of which died when a strong mudslide hit Mt. Elgon in Bungoma County on November 9 and two were electrocuted as severe rainstorm hit Embakasi and Kayole on November 10, according to the local media. 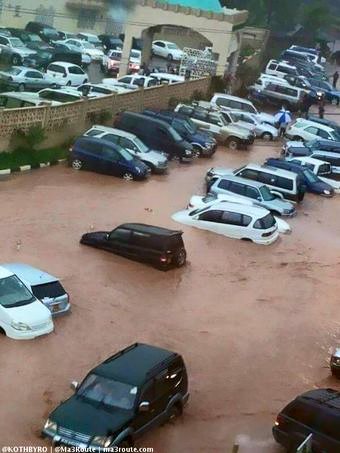 Over thousand families were left homeless in the Bakuyu area of Garissa. Kenya Red Cross is actively distributing aid across the affected regions, performing search and rescue operations. 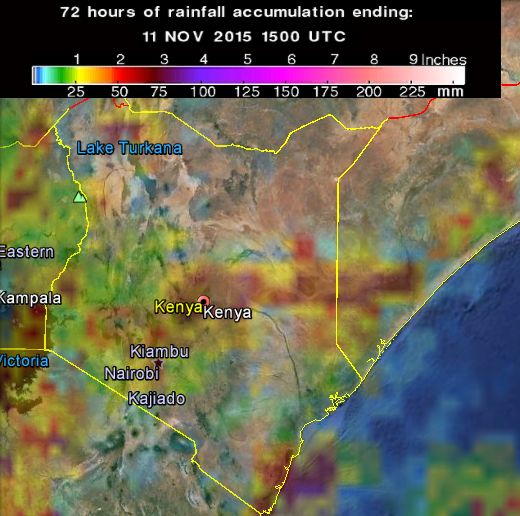 About 60 mm (2.4 inches) of rainfall was measured in a 24 hour interval in the city of Mombasa in the period between November 4 and 5.

Abundant precipitation has been forecast by the NOAA's Climate Prediction Center's Africa Hazards Outlook for November 5 to 11, 2015: "For the upcoming outlook period, rainfall forecasts suggest a continuation of enhanced rainfall throughout the Greater Horn, with the heaviest rainfall accumulations forecast for southeastern Ethiopia and Kenya."

Heavy rainfall will most likely continue affecting portions of central and western Kenya over November 12.