Earth is under the influence of a southern polar coronal hole high speed stream (CH HSS) which is stirring up geomagnetic storms.

Area of impact is primarily poleward of 60 degrees Geomagnetic Latitude.

Under G1-class storm conditions, weak power grid fluctuations can occur, minor impact on satellite operations are possible, aurora may be visible at high latitudes, i.e., northern tier of the U.S. such as northern Michigan and Maine. 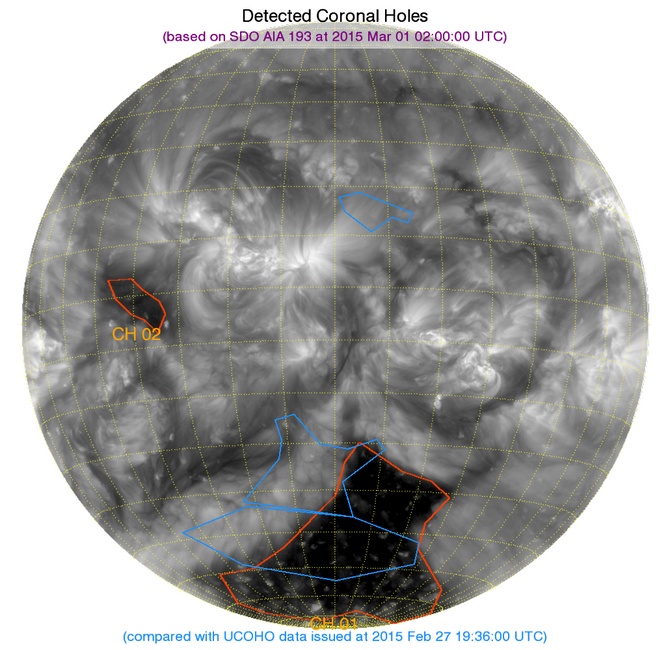 The greater than 2 MeV electron flux at geosynchronous orbit is expected to persist at normal to moderate levels over the next three days (March 1 -3) with a chance for high levels towards the end of the forecast period due to a high speed solar wind stream effects.

Solar wind parameters are expected to become further enhanced on March 1 and 2 as the negative polarity southern polar CH HSS moves into a more geoeffective position. Recurrence data suggests solar wind velocities in excess of 700 km/s and Bt values in excess of 20 nT could be observed during this event.

Unsettled to G1 (Minor) geomagnetic storm conditions are likely on March 1 and 2 due to effects of the recurrent negative polarity CH HSS. Quiet to active levels are expected on March 3 as CH HSS effects begin to subside.