Solar wind parameters over the past 12 hours indicated the arrival of a slow-moving Coronal Mass Ejection (CME), likely produced on April 10. A period of G1 – Minor storming began at 08:59 UTC on April 15. Another enhancement in parameters is expected on April 16 due to the arrival of CIR ahead of negative polarity CH HSS.

At approximately 03:29 UTC on April 15, the total field increased to 8 nT while the Bz component deflected south to near -7 nT for approximately 2 hours.

Enhancements in the total field are likely to continue through April 15 as transient effects continue, SWPC forecasters noted.

However, another enhancement in solar wind parameters is expected on April 16 due to the arrival of a co-rotating interaction region (CIR) preceding an isolated negative polarity coronal hole high speed stream (CH HSS).

Elevated solar wind speed is anticipated to continue into April 17 and will likely be around 500 – 550 km/s based on sparse STEREO A Mag/Plastic data.

Quiet to active levels are expected for the rest of the UTC day on April 15 as CME effects persist.

Quiet to active levels are expected on April 16 and 17 with G1 – Minor storm conditions likely on April 17 as a negative polarity CH HSS becomes geoeffective. 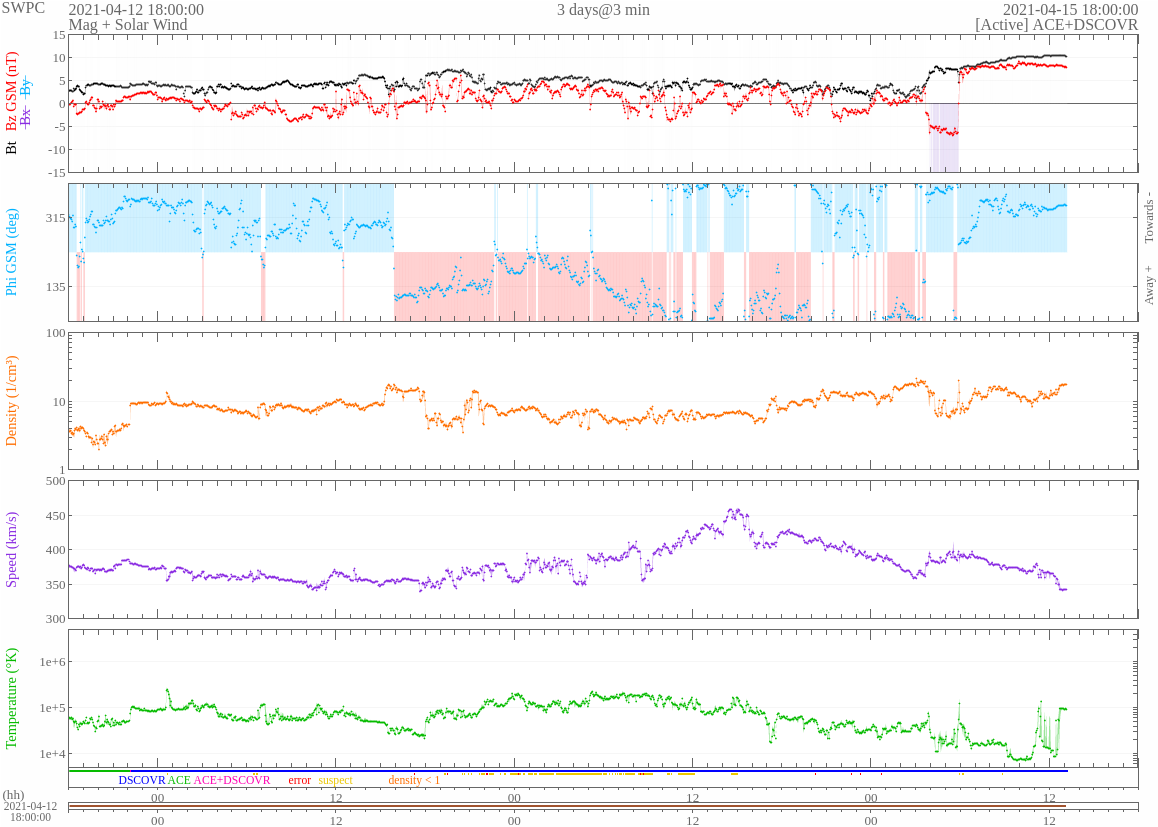 Region 2814 (S22W24, Cri/beta) continued its growth during the period and then started its decay trend. Low-level B-class flares were observed from a Region near S25E90, however, no spots are visible in white light imagery as of yet.

No Earth-directed CMEs were observed.

Solar activity is expected to be very low with a slight chance for C-class flares through April 17.