The style of a volcanic eruption depends on magma viscosity, as well as its hazard potential, but it can only be measured during or after an eruption. After a study of the 2018 Kilauea Eruption in Hawaii, a team of scientists was able to identify an indicator of magma viscosity that can be measured prior to an eruption, which could help forecast a volcano's hazard potential and eruption style.

"Magma viscosity is usually only quantified well after an eruption, not in advance. So, we are always trying to identify early indications of magma viscosity that could help forecast a volcano's eruption style," said lead author Diana Roman.

She and her team worked on identifying an indicator of magma viscosity that can be measured before an eruption by studying the 2018 Kilauea event. It included the first eruptive activity in the lower East Rift zone since 1960. The eruption continued for exactly three months.

The event provided unprecedented insights for many researchers and a ton of simultaneous data about the behavior of both high and low viscosity magma and the pre-eruption stresses in the solid rock underlying the volcano.

Tectonic and volcanic activity causes faults to form in the rock that makes up the Earth's crust. When geologic stresses cause the faults to move against each other, scientists measure the 3D orientation and fault movement with seismic instruments.

After studying the 2018 eruption in Kilauea, the team determined that the direction of the fault movements before and during the eruption could be helpful in measuring the viscosity of rising magma in periods of precursory unrest.

Roman explained, "We were able to show that with robust monitoring we can relate pressure and stress in a volcano's plumbing system to the underground movement of more viscous magma."

"This will enable monitoring experts to better anticipate the eruption behavior of volcanoes like Kīlauea and to tailor response strategies in advance." 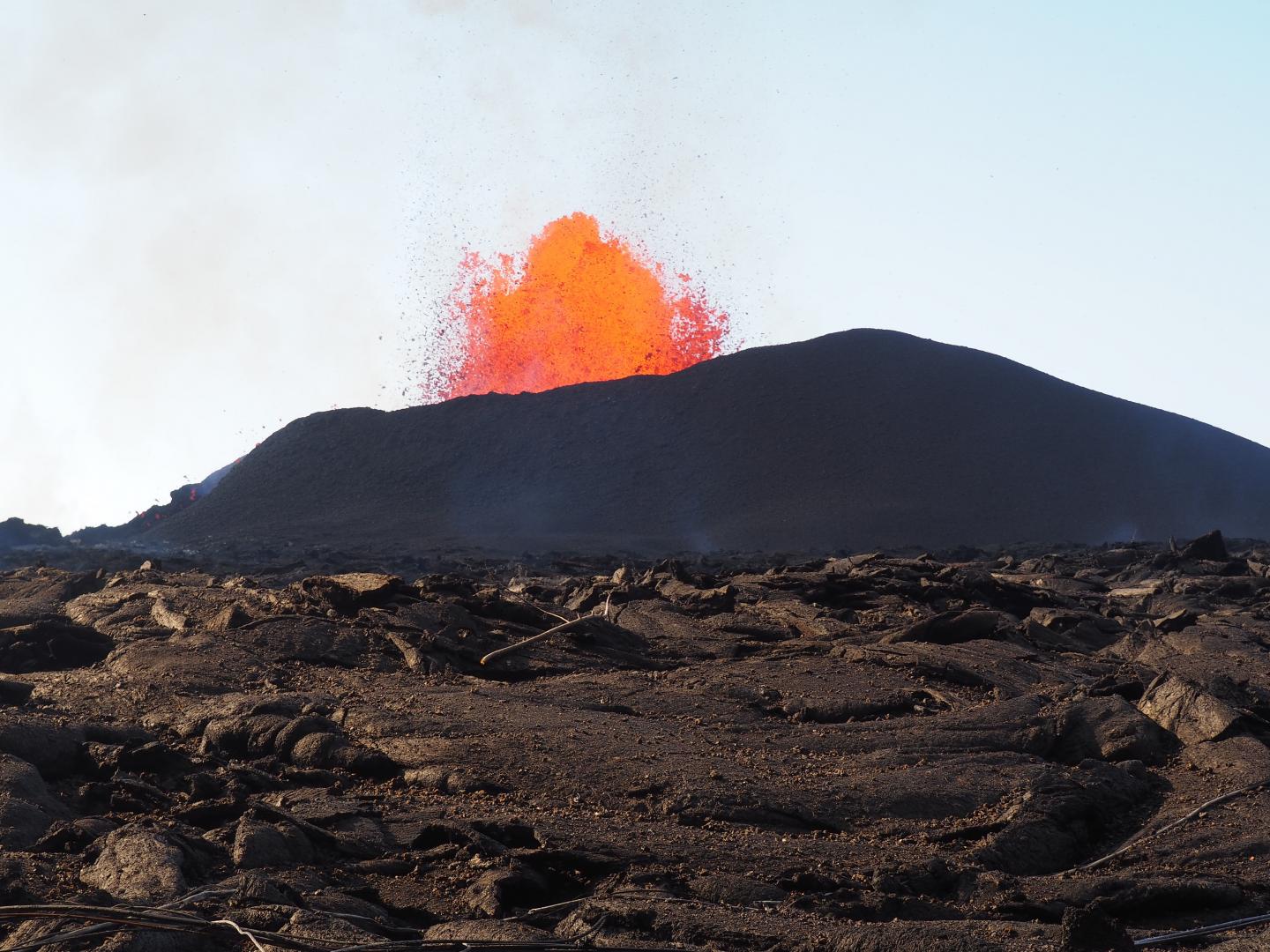 Magma viscosity strongly controls the style (for example, explosive versus effusive) of a volcanic eruption and thus its hazard potential, but can only be measured during or after an eruption. The identification of precursors indicative of magma viscosity would enable forecasting of the eruption style and the scale of associated hazards1. The unanticipated May 2018 rift intrusion and eruption of Kīlauea Volcano, Hawai‘i2 displayed exceptional chemical and thermal variability in erupted lavas, leading to unpredictable effusion rates and explosivity. Here, using an integrated analysis of seismicity and magma rheology, we show that the orientation of fault-plane solutions (which indicate a fault’s orientation and sense of movement) for earthquakes preceding and accompanying the 2018 eruption indicate a 90-degree local stress-field rotation from background, a phenomenon previously observed only at high-viscosity eruptions3, and never before at Kīlauea4,5,6,7,8. Experimentally obtained viscosities for 2018 products and earlier lavas from the Pu‘u ‘Ō‘ō vents tightly constrain the viscosity threshold required for local stress-field reorientation. We argue that rotated fault-plane solutions in earthquake swarms at Kīlauea and other volcanoes worldwide provide an early indication that unrest involves magma of heightened viscosity, and thus real-time monitoring of the orientations of fault-plane solutions could provide critical information about the style of an impending eruption. Furthermore, our results provide insight into the fundamental nature of coupled failure and flow in complex multiphase systems.