The Alaska Volcano Observatory (AVO) has raised the Aviation Color Code to Red and the Alert Level to Warning for Semisopochnoi volcano on Friday, April 16, 2021, after sustained ash emissions rose up to 6 km (20 000 feet) a.s.l.

Satellite data suggest ash emissions from Semisopochnoi volcano have been ongoing since early April 15 (LT) and are continuing with no decrease in intensity, AVO reported at 00:24 UTC today.

Based on the length and height of the ash plume and the sustained nature of ash emissions, AVO has raised the Color Code to RED and the Alert Level to WARNING at 03:15 UTC today.

An infrasound array on Adak Island may detect explosive emissions from Semisopochnoi with a slight delay (approximately 13 minutes) if atmospheric conditions permit. 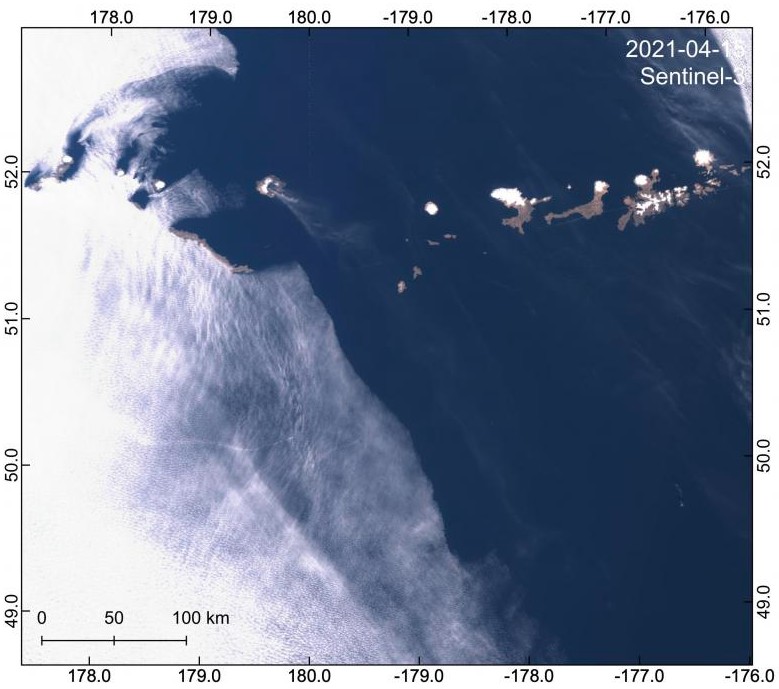 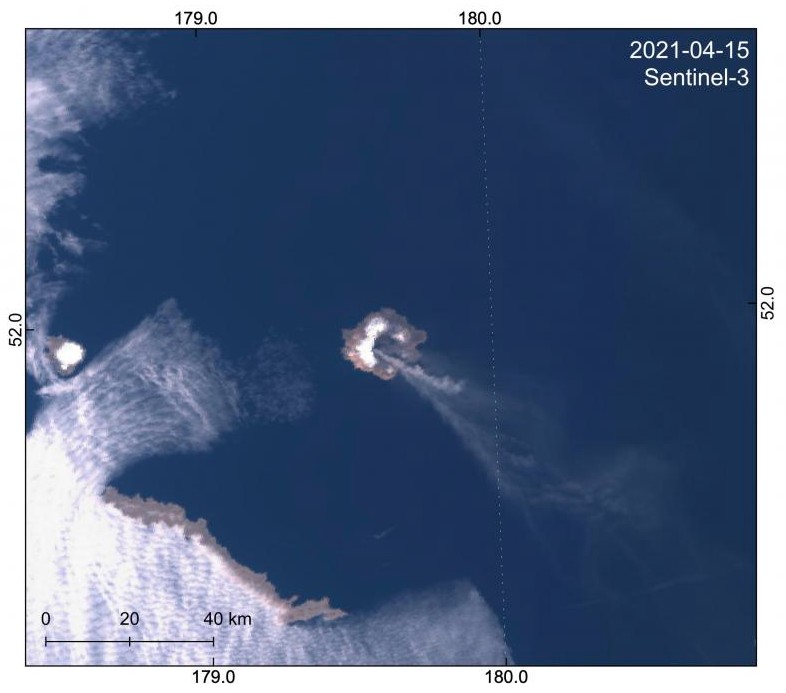