Tropical Storm "Surigae" entered the Philippine Area of Responsibility (PAR) late April 15, 2021, and intensified into a typhoon — known locally as Bising. Surigae is the second named storm and the first typhoon of the 2021 Pacific typhoon season.

Surigae is currently not directly causing severe weather over any portion of the Philippines but it is likely that the winds and heavy rains associated with this tropical cyclone will begin affecting portions of Eastern Visayas and Bicol Region on Sunday, April 18, PAGASA warns.

Based on available data, Tropical Cyclone Wind Signal #1 may be raised over some localities in Northern Samar and Eastern Samar as early as tonight (LT) in anticipation of the onset of strong breeze to near gale conditions associated with the cyclone.

Locally heavy rainfall occurred in parts of Palau and Yap for several days.

In Palau, Surigae brought wind gusts up to 90 km/h (55 mph), causing power outages across the island.

Large swells from the developing storm brought coastal flooding to Koror and Yap whose residents were advised to avoid reef lines in the north and west. 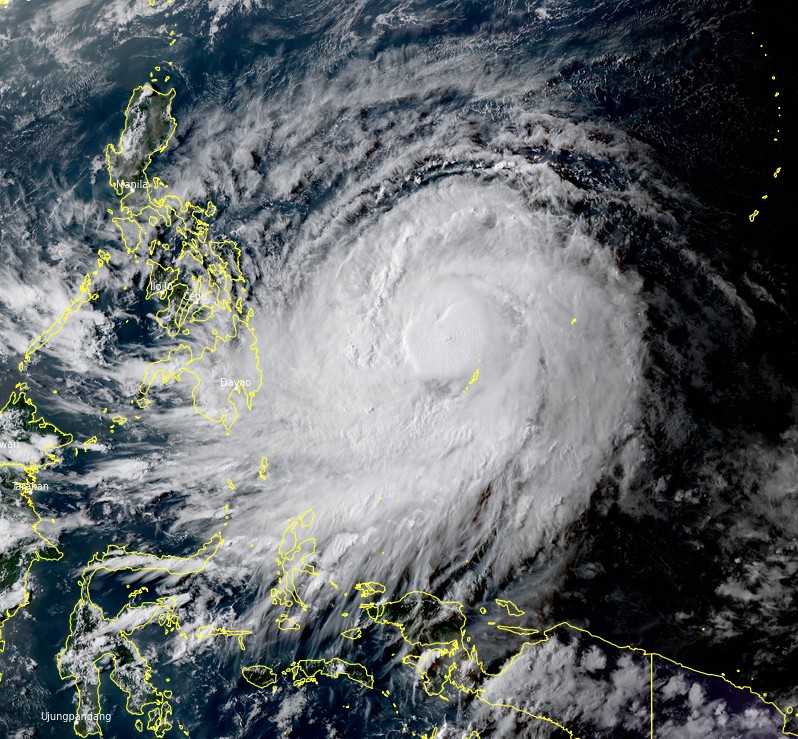 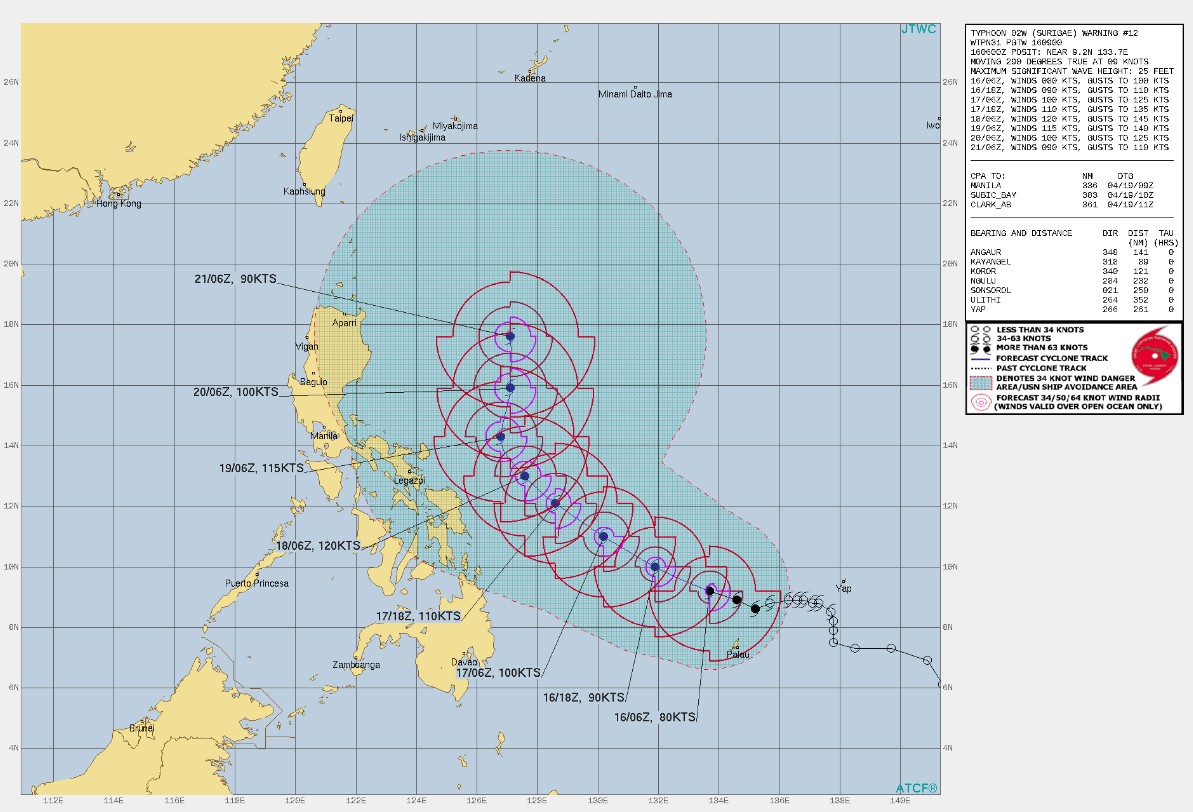 Over the next 24 hours, Surigae will bring rough to very rough seas (2.8 to 4.5 m / 9.2 to 14.7 feet) over the eastern seaboards of Visayas and Mindanao. Mariners of small seacrafts are advised to take precautionary measures when venturing out to sea.

On the forecast track, Typhoon "Surigae" will move generally WNW until Monday, April 19, and then turn NE.

It is less likely to make landfall in any part of the country, PAGASA said.