A 10 cm Radio Burst lasting 4 minutes with peak flux of 220 sfu was associated with the event. A 10 cm radio burst indicates that the electromagnetic burst associated with a solar flare at the 10 cm wavelength was double or greater than the initial 10 cm radio background. This can be indicative of significant radio noise in association with a solar flare. This noise is generally short-lived but can cause interference for sensitive receivers including radar, GPS, and satellite communications. 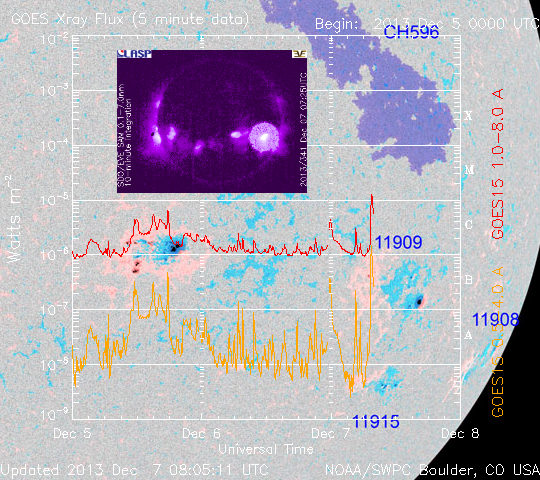 The CME associated with the filament that erupted near Region 1909 on December 5 was analyzed and the resulting Enlil model run suggests that a weak glancing blow is possible on December 8 but conditions will likely be dominated by high speed wind effects at that time. CME is expected at 05:46 UTC (+/- 6 hours).

There are currently 6 numbered sunspot regions on the disk. While southern hemisphere is peppered with sunspots, none of them is strongly flaring. Region 1916 (S13W10, Dac/beta-gamma) showed moderate growth in its intermediate and trailer spots but only produced a pair of optical flares in last 36 hours. 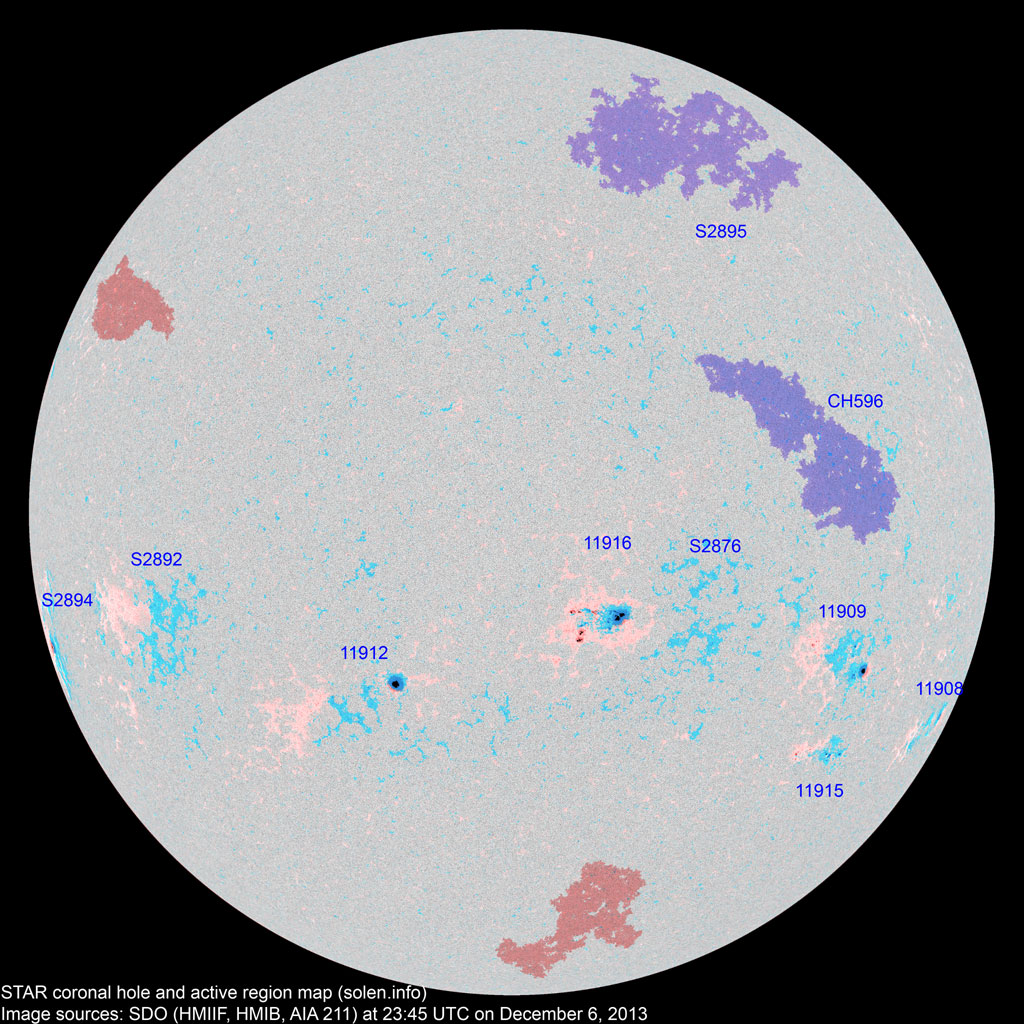 Solar activity is expected to be low with a slight chance for M-class (NOAA Scale R1-R2, Minor-Moderate) flares for the next three days (December 7 – 9).

Solar wind speeds are expected to increase on December 7 with the onset of a recurrent positive polarity coronal hole high speed stream (CH HSS) and remain elevated during December 8. A gradual decrease is expected on December 9 as CH HSS effects subside.

The geomagnetic field is expected to be unsettled to active with a slight chance for an isolated minor storm period on December 7  due to CH HSS effects as well as on December 8 due to a combination of CH HSS effects and possible weak influence from the CME associated with the December 5 filament eruption.

A return to quiet conditions is expected on December 9 as effects subside.