In last 24 hours (- 12:30 UTC on December 7) solar wind conditions indicated the onset of a co-rotating interaction region (CIR) followed by CH HSS and possible transient influence from the CME on December 5.

Solar wind speed increased again to a maximum of 651 km/s with total field suddenly decreasing from 10 nT to 5 nT. The reverse shock could either be related to the CIR or the glancing blow that was expected from the 05 Dec CME. Phi angle was variable through the period until approximately 06:10 UTC on December 8 when it moved into a mostly positive (away) sector. (SWPC) 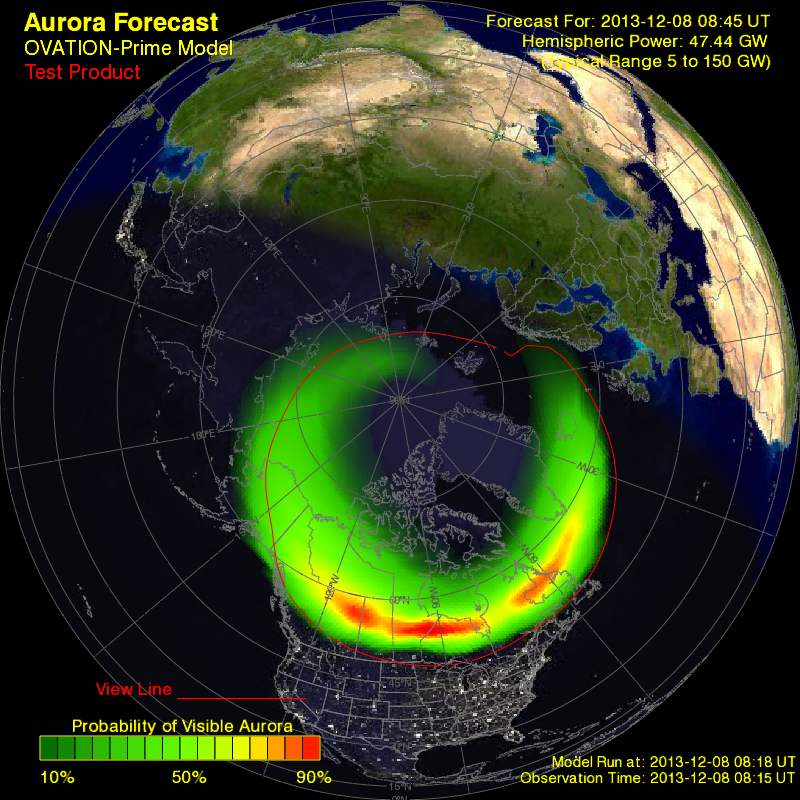 Click on the image (or here) for latest data.

The geomagnetic field is expected to be at quiet to active levels with a chance for Minor storm (G1-Minor) periods for the rest of the UTC day on December 8 due to continued CH HSS effects. Quiet to active levels with a slight chance for isolated minor storm (G1-Minor) periods are expected on December 9 – 10 due to combined CH HSS and CME effects.