However, wind speed values were unreliable due to faraday cup issues on the DSCOVR spacecraft. 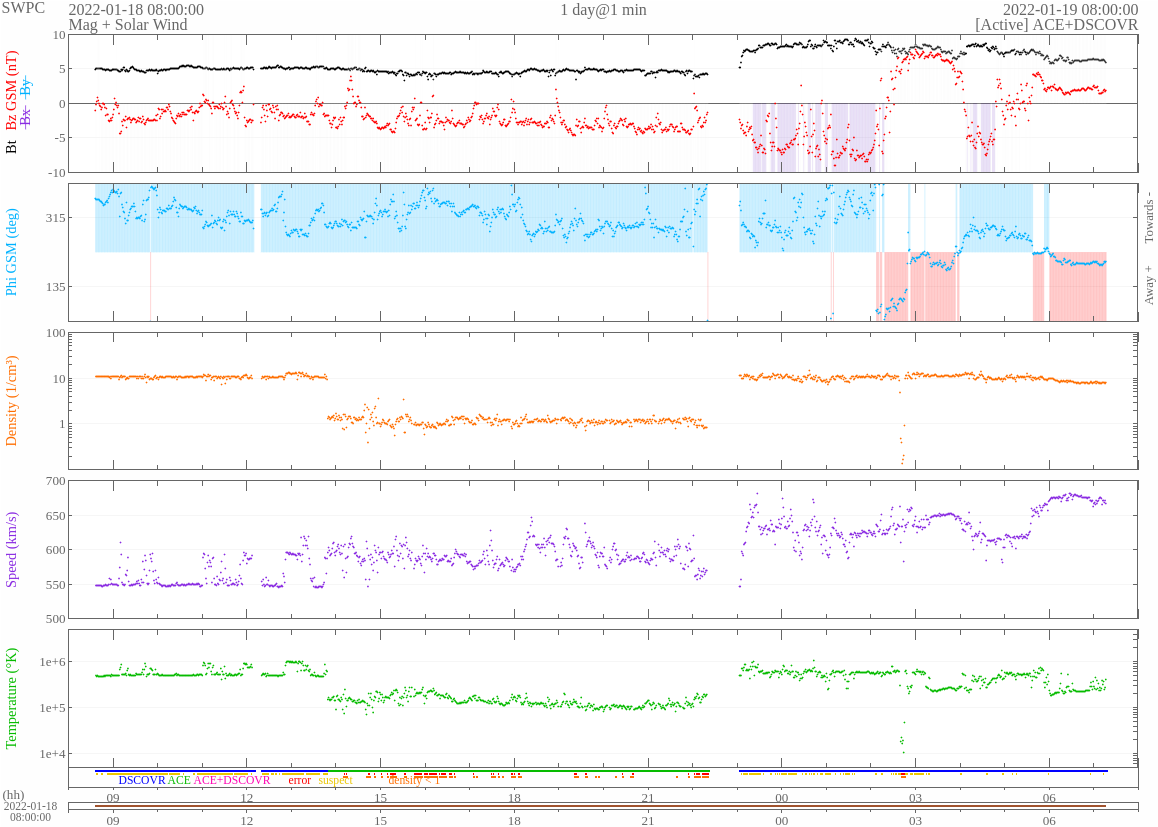 Solar activity was moderate during the same period.

Region 2929 (N07W58, Dko/beta) produced the largest event of the period, an M1.5 flare at 17:44 UTC with an associated Type IV and Type II (estimated velocity 143 km/s) radio emissions. It was a partial halo CME with no clear Earth-directed component. 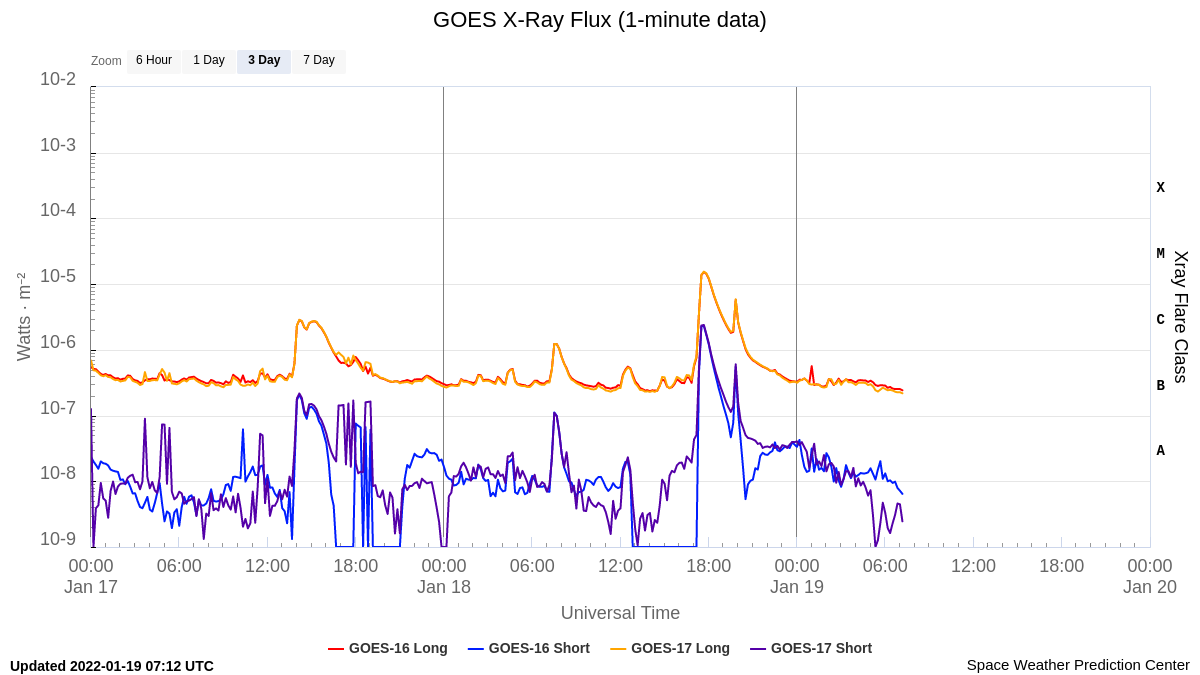 Region 2929 displayed intermediate spot decay and was responsible for the majority of the significant flaring throughout the period. 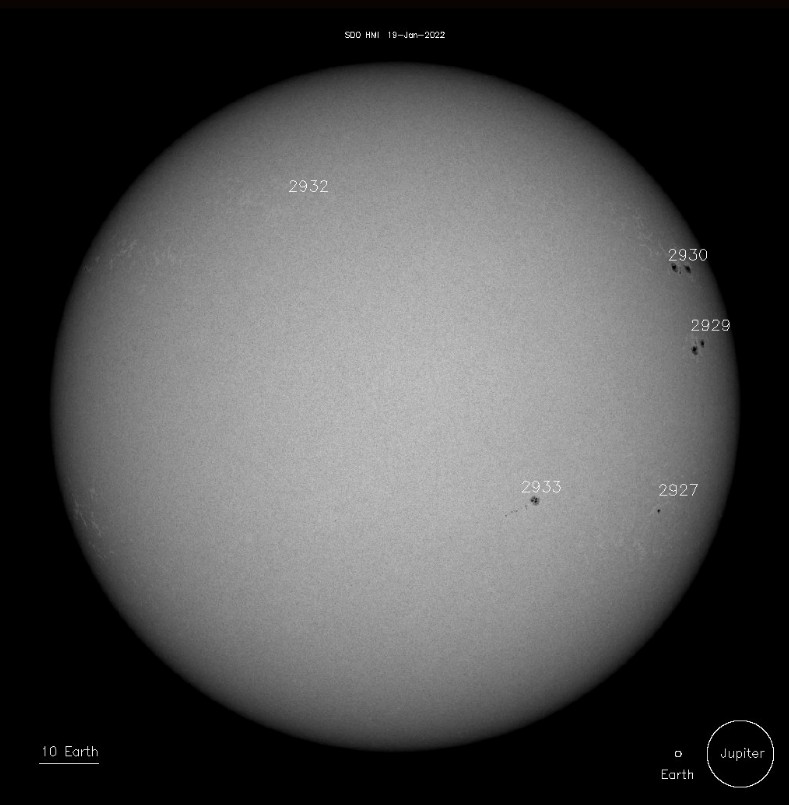 Solar activity is likely to be low through January 21, with a slight chance for M-class flares, R1 – R2 (Minor-Moderate) radio blackouts, due to the flare history of Region 2929.