A geomagnetic sudden impulse was observed following the shock passage at 10:07 UTC on March 13, with the Wingst magnetometer observing a 33 nT deviation at 10:52 UTC.

Solar wind speeds sharply increased from 350 km/s to around 600 km/s, then settled near 485 km/s. Total field increased from 3 – 25 nT, and Bz became volatile and reached a maximum southward deflection of -24 nT. Phi was predominantly negative.2 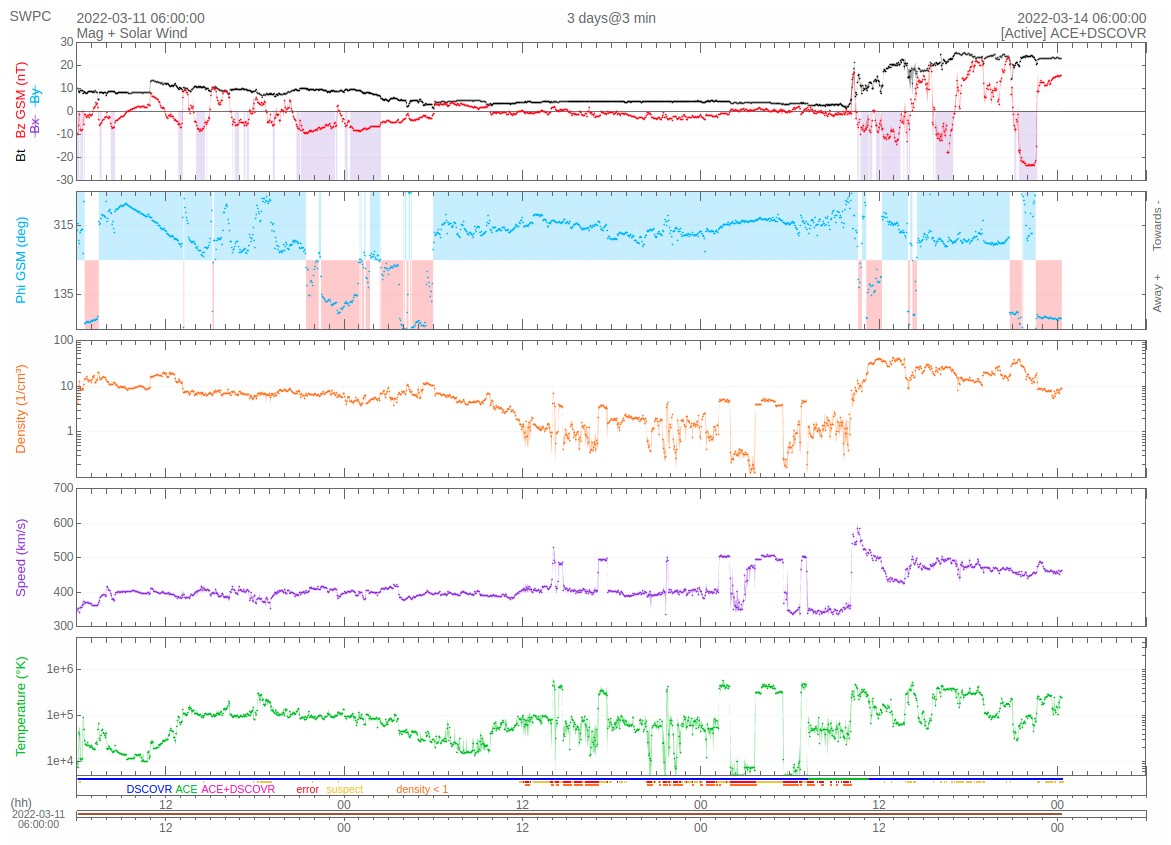 “For an hour on March 13th, a big crack opened in Earth’s magnetic field – one of the biggest in years (For specialists: BsubZ less than -20 nT),” Dr. Tony Phillips of SpaceWeather.com noted.3

“Solar wind poured through the gap, adding its energy to that of the CME which struck earlier in the day. This increases the chances that high-latitude auroras may remain visible at least through the early hours of March 14th.” 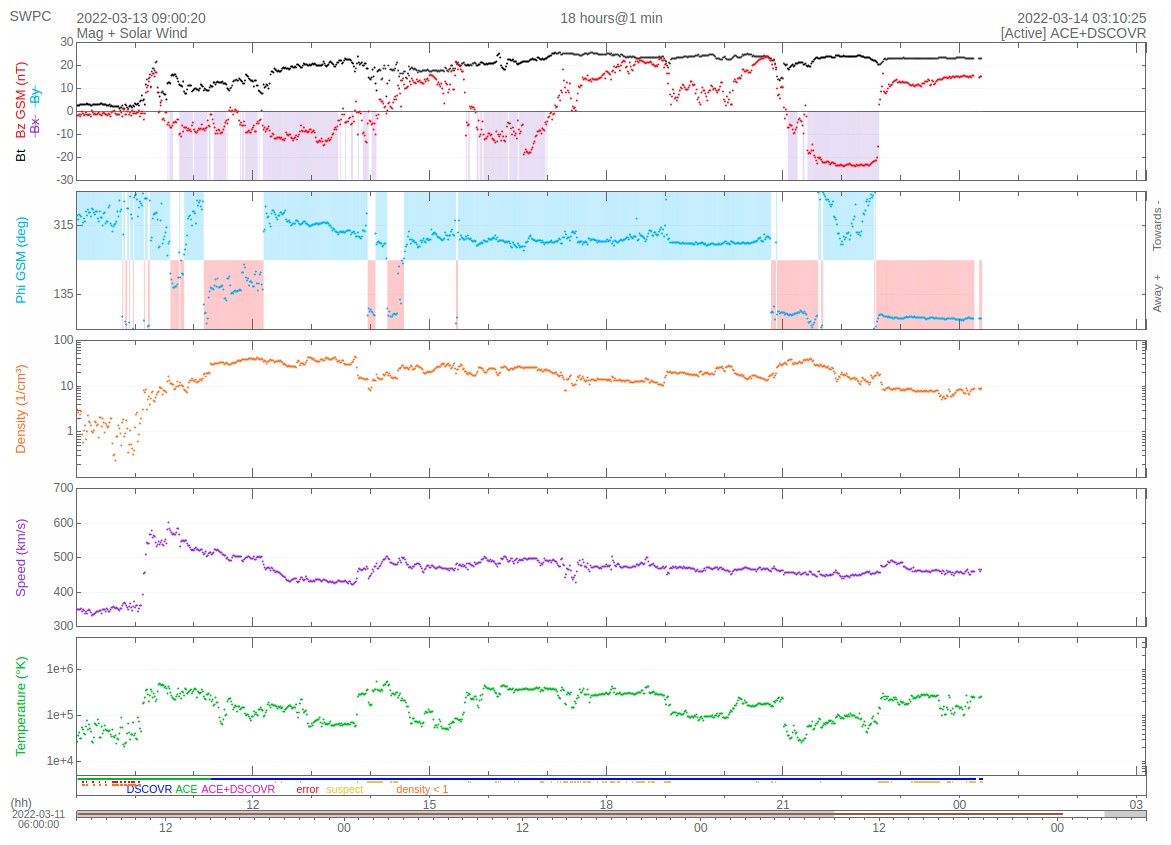 This CME hit Earth on the 33rd anniversary of the infamously named “Quebec Blackout” geomagnetic storm in March 1989, which resulted in power outages in Canada as well as auroral activity in lower than usual latitudes.4