Potential impacts include induced currents – power grid fluctuations can occur; high-latitude power systems may experience voltage alarms; satellite orientation irregularities may occur; increased drag on low Earth-orbit satellites is possible; high-frequency radio propagation can fade at higher latitudes and aurora may be seen as low as New York to Wisconsin to Washington state in the US. 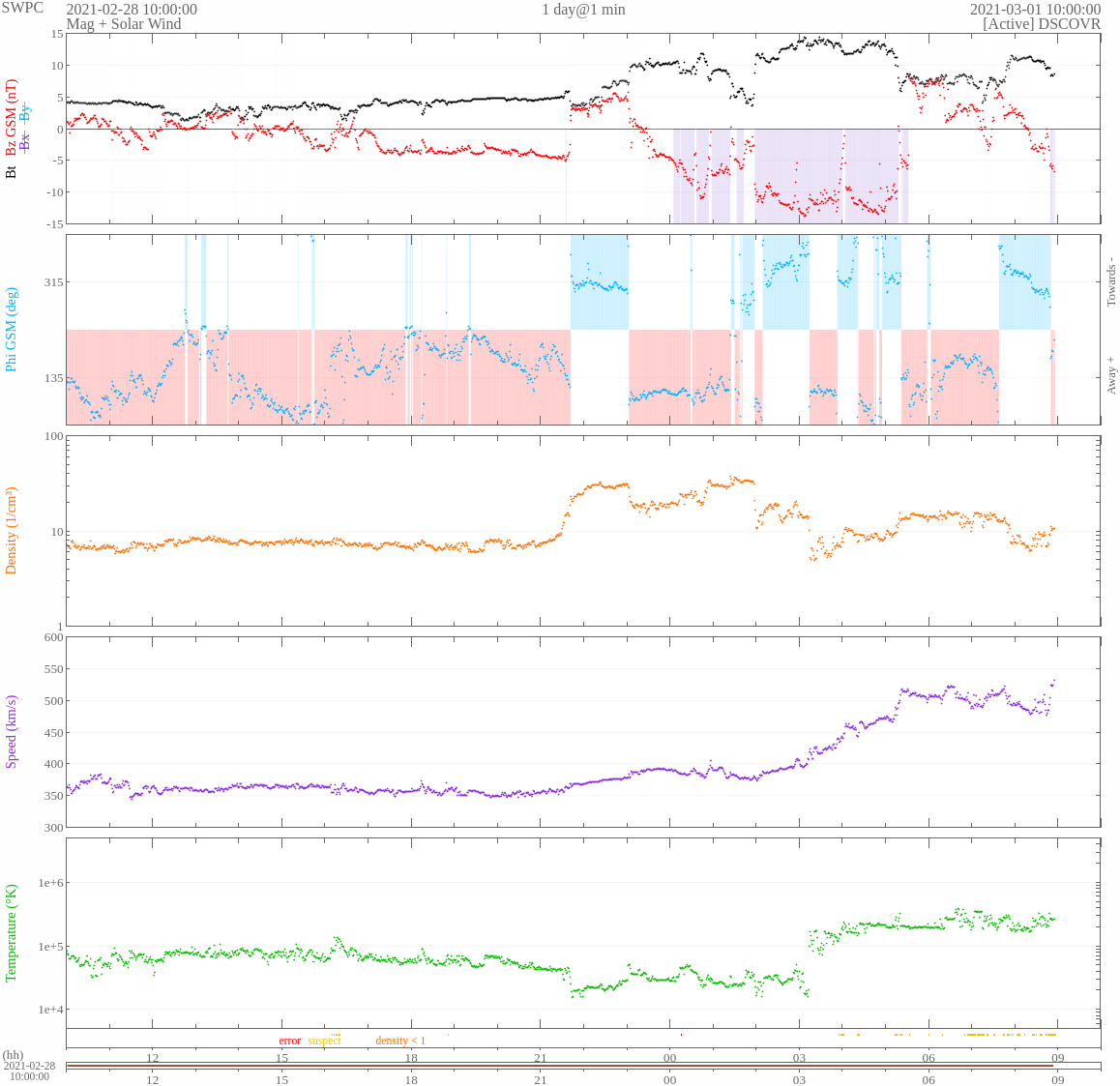 With this CH HSS, the geomagnetic field was expected to increase through March 3, but only unsettled to active conditions were expected today.

Because the magnetic field did not fluctuate between positive and negative as we usually see in the co-rotating interactive region (CIR) ahead of CH HSS, some scientists speculate we may have also been hit by a coronal mass ejection (CME).

In 24 hours to 00:30 UTC today, solar wind parameters were at nominal levels. Total magnetic field strength was below 5nT while solar wind speeds ranged between 350 and 380 km/s. Phi angle was predominantly oriented in the positive sector.

Solar activity was low during the period. Region 2884 produced a C3.9 solar flare at 06:46 UTC on February 28 and a slow-moving, narrow CME signature that does not appear to have an Earth-directed component.

At 18:00 UTC on February 27, the region produced an impulsive C2.7 flare. Also associated with this event was a pair of 245 radio bursts but there were no CME-related (Type II or IV) bursts observed, as expected with the impulsive profile of the flare.