Similar jumps were observed in density, temperature, and magnetic field.

After a short period of southward Bz (-7nT) immediately after shock arrival, Bz was predominantly positive.

The Bt reached 20 nT but had declined to around 10 nT by 12:30 UTC.  Bz also reached 20nT, but it was stubbornly positive during that roughly two-hour period.

Earth's magnetic field was quiet until 06:43 UTC when the CME arrived. The arrival was marked by a 51 nT sudden impulse at the Fredericksburg, VA ground magnetometer, SWPC said. 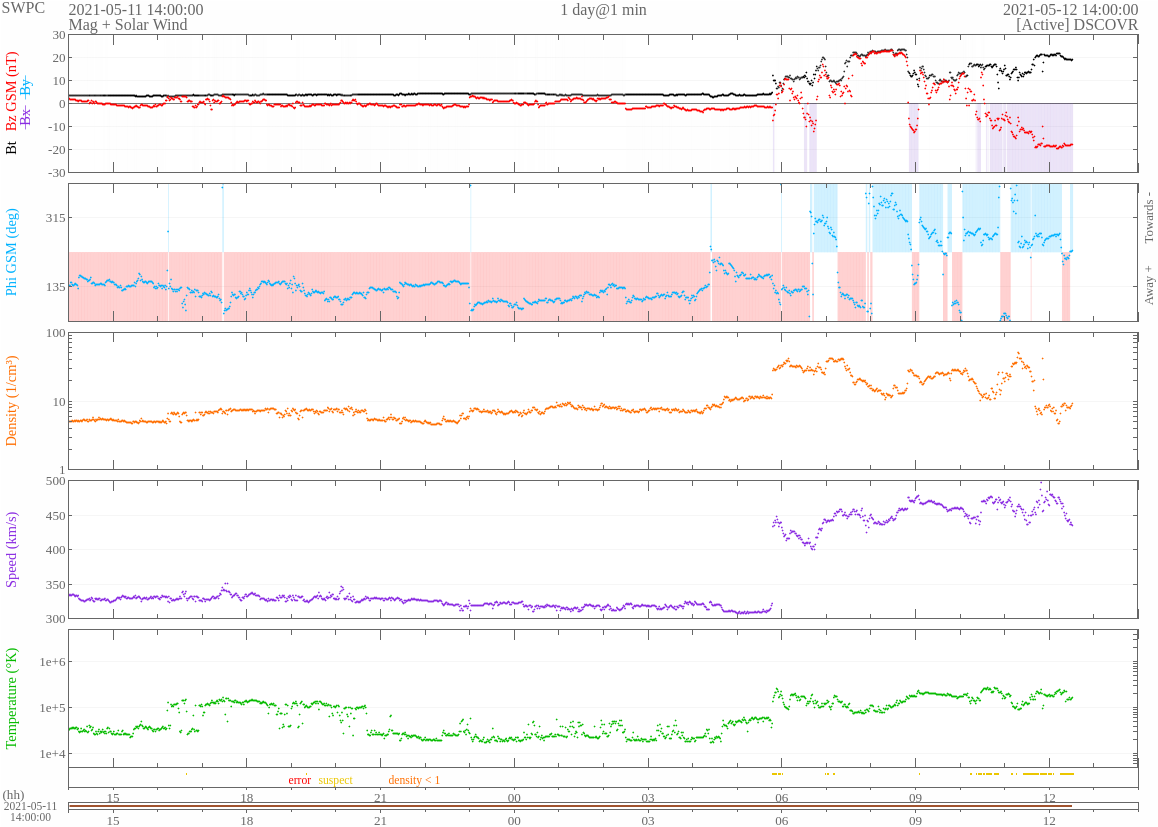