Two coronal mass ejections (CMEs) with Earth-directed components were produced on the Sun on May 9, 2021. The impact is expected early Wednesday, May 12.

Active Region 2833 produced a long-duration C-class solar flare measuring C4.0 at its peak at 14:49 UTC on May 9 with an associated Type II radio sweep (estimated velocity 407 km/s), indicating a CME was associated with the flare event. A 10cm Radio Burst with peak flux of 130 sfu was detected at 13:54 UTC.

Additionally, a 15-degree filament centered around S22E10 erupted at 10:00 UTC on May 9. This event was also associated with a CME, observed in STEREO-A COR2 imagery starting at 11:23 UTC. This appears to be a faint, partial-halo CME.

The two CMEs are still being analyzed at the time of this report with the potential for at least one having an Earth-directed component.

Busy Sun-day of eruptions on the Sun! The first is a filament eruption from the southern hemisphere very close to the central meridian (with possible impact at Earth), the second is an eruptive flare (C-class this time) from the now already-famous AR 12822  pic.twitter.com/1JPASdWi54

And here we go with images from SOHO (near Earth), the first eruption (Earth-directed) is super faint but is there! The second one is much brighter and propagating well away from Earth, as expected  pic.twitter.com/E6w6eMn7Qg

Glancing Blow! Two #solarstorms launched on May 9 show an Earth-directed component! According to the early runs of the NASA prediction model, we could get a grazing hit early on May 12. #Aurora easily possible at high-latitudes. Waiting for coronagraphs to refine predictions. pic.twitter.com/2hlFrxlMbw

While the analysis is still in progress, two of the world's experts of space weather prediction, Dr. Tamitha Skow and Erika Palmero, agreed that the CME impact of the filament eruption will be more than a glancing blow as a more central part of the CME may hit us. 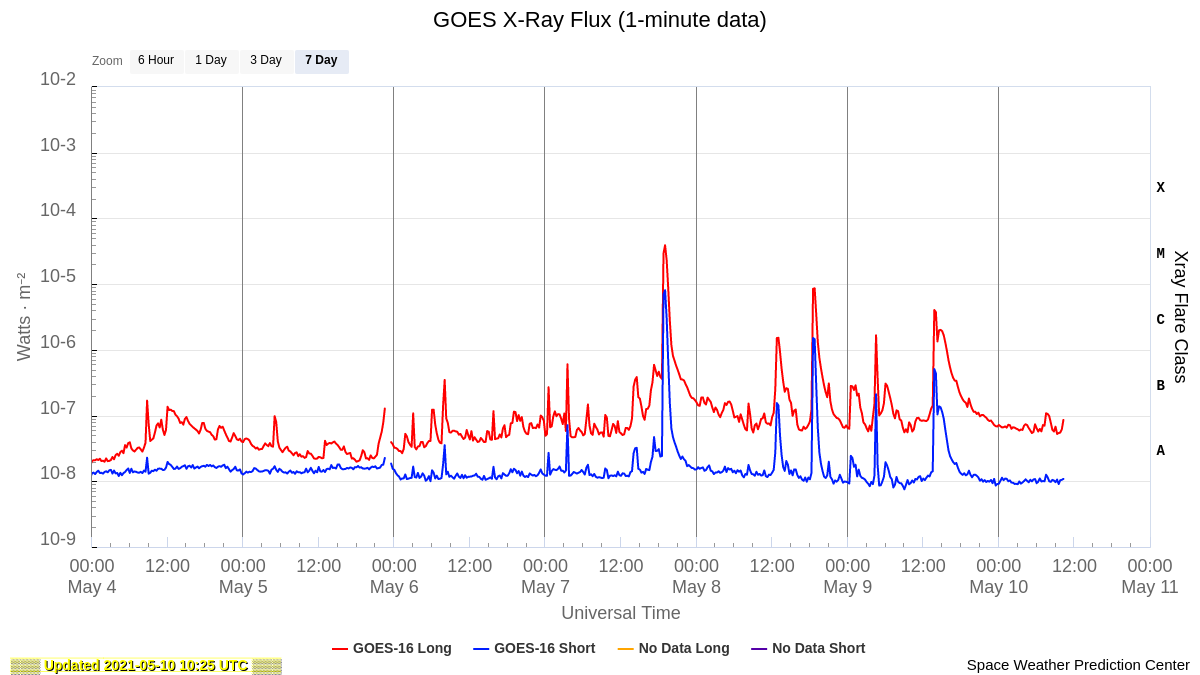