Elevated levels of sulfur dioxide (SO2) are present across the SW Pacific and Australia after the eruption of the Hunga Tonga-Hunga Ha'apai volcano on January 15, 2022.

Since the eruption, the volcano has been releasing huge amounts of sulfur dioxide and nitrogen, gases that create acid rain when they interact with water and oxygen in the atmosphere.

With Tonga’s tropical climate, there is likely to be acid rain around the country for a while to come, which could cause widespread crop damage.1

Acid rain comes from chemical reactions in the atmosphere among oxygen, water and sulfur or nitrogen oxides. When sulfur dioxide dissolves in small droplets of water in clouds, it reacts with the hydrogen and oxygen of the water to form a weak solution of sulfuric acid. Similarly, nitrogen oxides form weak nitric acid in water droplets.2

Since everything in an ecosystem is connected, if something harms one part of an ecosystem – one species of plant or animal, the soil or the water – it can have an impact on everything else.3 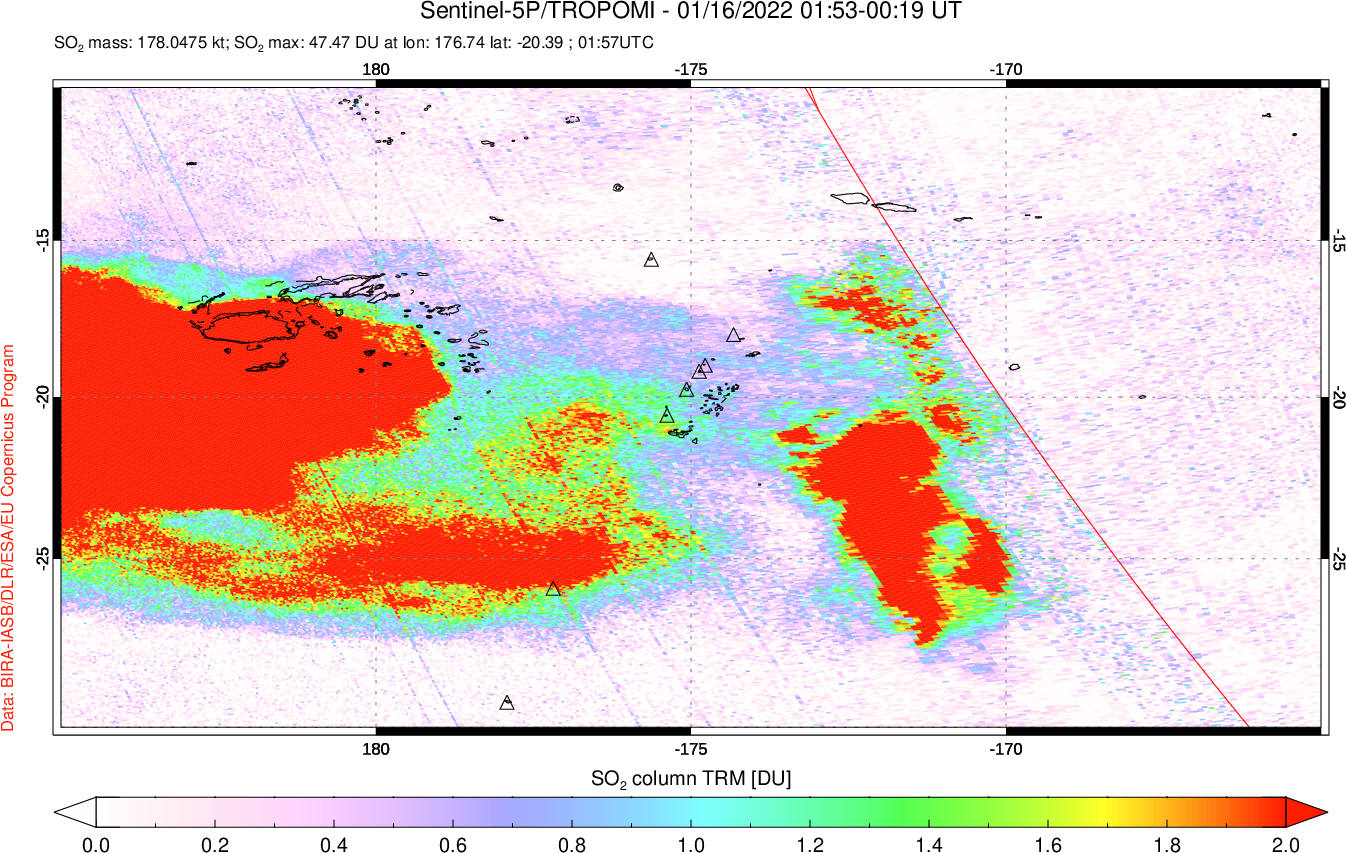 The Department of Environment in Fiji confirmed on January 18 that the Sulphur Dioxide (SO2) concentration in the atmosphere has increased overnight which could result in acidic rainfall over the Fiji group.

The U.N. humanitarian affairs office said Fiji was monitoring its air quality, and has advised people to cover their household water tanks and stay indoors in the event of rain.

On January 18, the highest amounts of SO2 were registered over NE Australia:

New Zealand's NIWA said that while some of the gas is in the atmosphere above Northland, it is expected to be blown away by a southerly change on Thursday, January 19.

"Based on the satellite image data , the Department of Environment confirms that the Sulphur Dioxide (SO2) concentration in the atmosphere has increased overnight which could result in acidic rainfall over the Fiji group" – Fijian Government pic.twitter.com/4UCFzPipkW

Update on sulfur dioxide levels in the South Pacific

In New Zealand, while some of the gas is in the atmosphere above Northland, it is expected to be blown away by a southerly change on Thursday. pic.twitter.com/o3uEMWNk2q

2 Does Acid Rain Have an Effect on Agriculture? – Sciencing