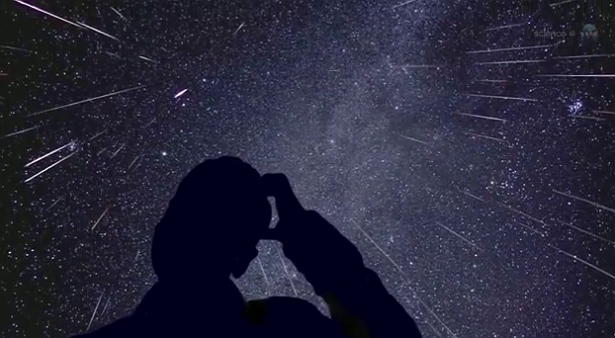 Earth is entering a stream of debris from Comet 3200 Phaethon, source of the annual Geminid meteor shower. This year's meteor shower peak is expected around December 13/14. Visual meteor rates are still low, but first meteorids will start appear in the coming days.

Geminids are one of the ﬁnest, and probably the most reliable, of the major annual showers presently observable. The shower’s peak this year has a waxing gibbous Moon to contend with, and observers must make the best of the brief dark-sky spell during the hours between midnight and dawn when the constellation Gemini is high in the sky. This year's Zenithal Hourly Rate (ZHR) is 120 meteors per hour.

The meteors from the Geminids travel in relatively medium speed compared to other showers at about 35 kilometers per second making them fairly easy to spot. The meteors often disintegrate at heights above 38 kilometers. 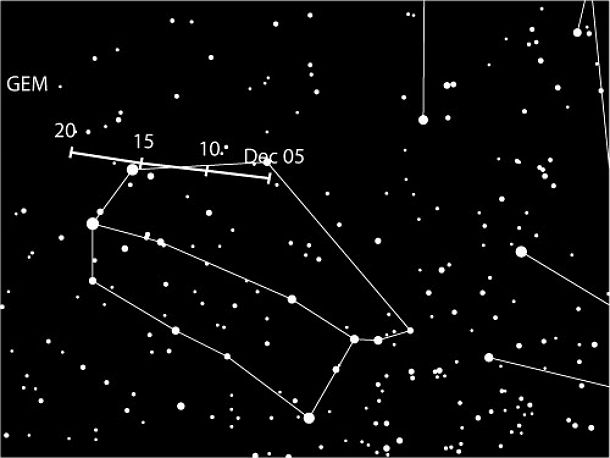 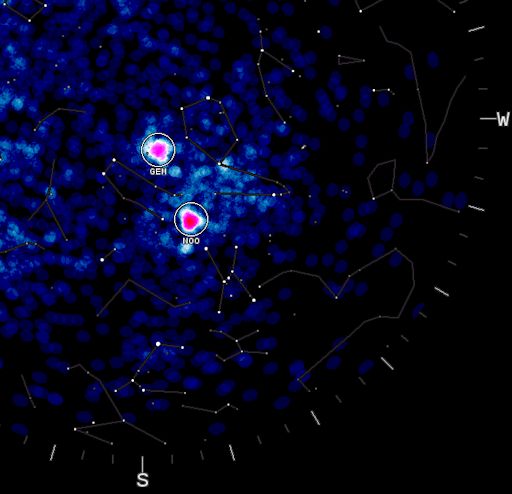 Radar map shows a concentration of activity in the constellation Gemini on December 4, 2013 (Credit: CMOR)

Geminid meteor shower is the only meteor shower to be linked to an asteroid. The parent object of the Geminid shower, 3200 Phaethon, was discovered and photographed in 1983 by the Infrared Astronomical Satellite and has the appearances of a small Earth-crossing asteroid. This object does not exhibit the usual features of a comet such as the nebulous head and long tail and so was place among the asteroids. Most researchers believe that Phaethon is the burned-out remnant of a once-active comet.