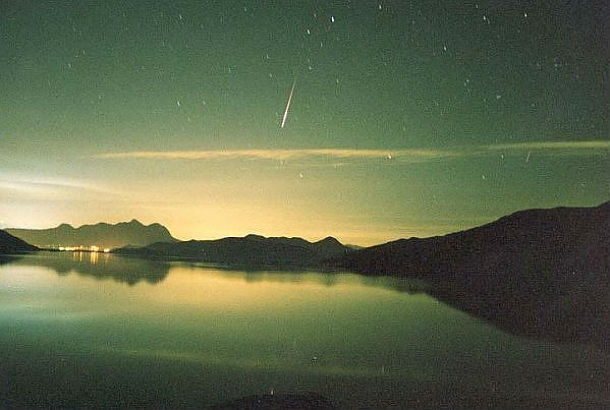 Thousands of meteors streak across the sky every year in early June. Sun above the horizon makes most of the shower activity invisible at it most intense period. These daylight meteors are called the Arietids. Arietid meteor shower is in fact one of the strongest of the year with a maximum rate of 50-80 per hour.

The Arietids stream from a radiant point  (the point in the sky from which the meteors appear to radiate) in the constellation Aries, which lies just 30 degrees from the Sun in June and are best seen during daylight hours. No one is sure where Arietid meteoroids really come from. Some astronomers suspect they are debris from the sungrazing Asteroid 1566 Icarus while others suggest and Comet 96P/Machholz. 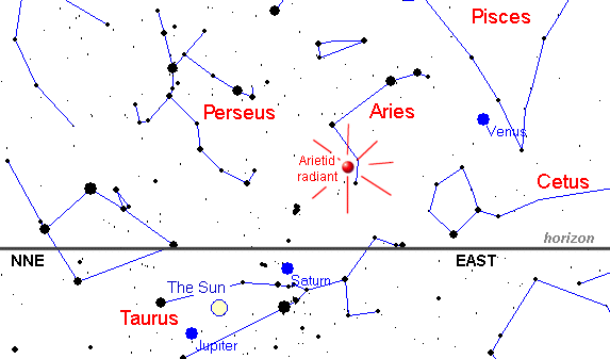 The best time to viewing Arietids is just before sunrise. The Arietid radiant rises in the east about 45 minutes before the sun, from both of Earth's hemispheres. Face east and start watching an hour or two before the start of dawn and continue your vigil until the sky brightens in the east.

Predawn Arietids skim horizontally through the upper atmosphere from radiants near the horizon, so they are also known as "earthgrazers". Spectacular Earthgrazers are usually slow and bright, streaking far across the sky. You can watch another smaller daylight meteor shower at the same time, Zeta Perseids.