It's time for annual Orionid meteor shower. The Orionid meteor shower is associated with Comet Halley's debris which strike Earth's atmosphere usually in late October. With Eta Aquarids in early May, Orionids are one of two annual meteor showers produced by pieces of Halley’s Comet. Their radiant point lies in the constellation Orion.

The best time for observing fast Orionid meteors will be between midnight and dawn from October 20-22, 2013. It can be seen well from both the Northern and Southern Hemispheres.

Orionid meteor shower is one of the better annual displays, producing about 20 to 25 meteors per hour at its peak, sometimes meteors may even occur at rates of 50-70 per hour. However, the full and waning gibbous Moon in the second half of this October will obscure good view. Bright moon affects visual experience of three meteor shower peaks this week – minor Eta Geminids on October 18/19, the major Orionids around October 21 and the minor Leonis Minorids on October 24.

The all-sky network detected 15 Orionid fireballs on October 20, 2013, according to SpaceWeather.com. NASA's all-sky fireball cameras in Dahlonega, GA and the camera of Tellus Science Museum in Cartersville, GA captured video of the Orionid meteor shower fireballs produced when meteors entered into Earth's atmosphere. Forecasters expect activity with about 20 meteors per hour on October 21/22. 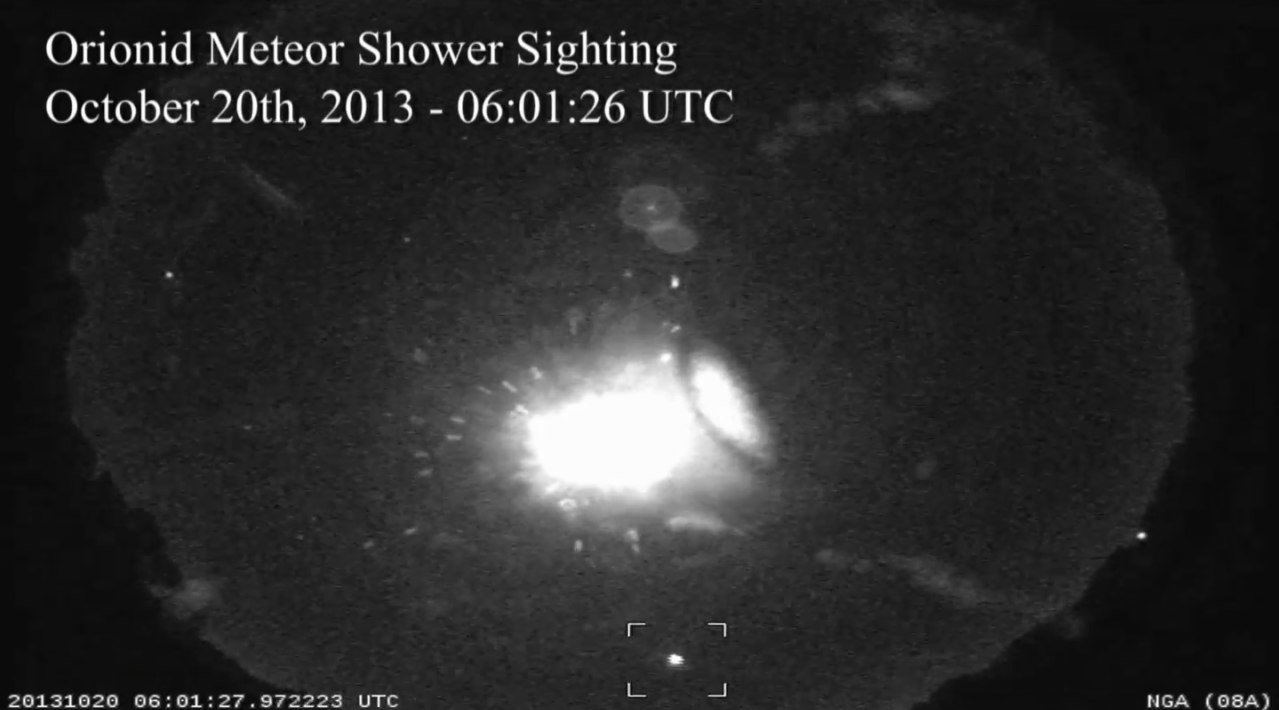