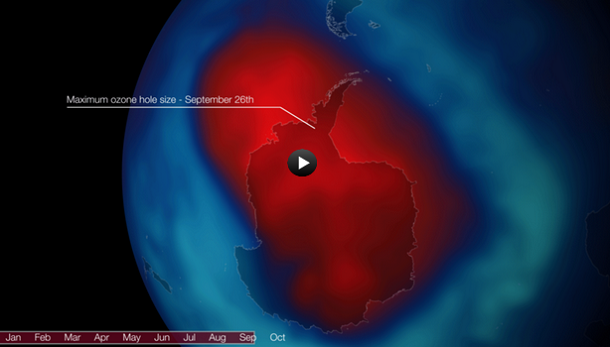 Each year for the past few decades during the Southern Hemisphere spring, chemical reactions involving chlorine and bromine cause ozone in the southern polar region to be destroyed rapidly and severely. This depleted region is known as the “ozone hole”. Earth’s ozone layer shields life on the planet’s surface from ultraviolet radiation that can cause skin cancer and damage plants. 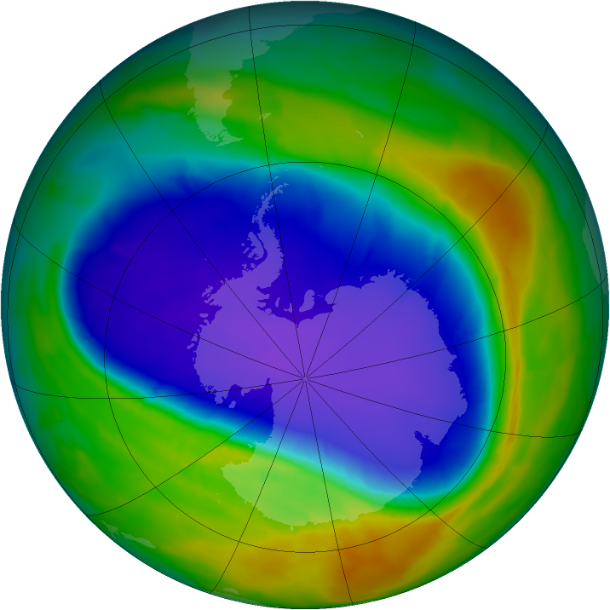 The animation bellow shows the total ozone concentration over the South Pole on September 26, 2013 using data from NOAA's Total Ozone Analysis using SBUV/2 and TOVS measurements. The "hole" is designated as the area where the total ozone concentration is below 220 Dobson units (a measure of thickness). In this animation bellow, those values are colored red.