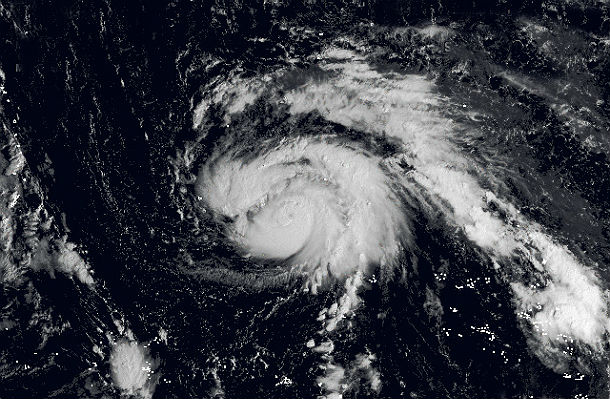 Typhoon Lekima is developing east of Guam and west of Wake Island as the 28th tropical disturbance and the easternmost named tropical system in the 2013 Western Pacific season. Lekima is expected to stay away from major landmasses as it tracks west and then north west. This system will bring heavy rainfall to the northern Mariana islands and the outlying islands of Japan, including Iwo To. 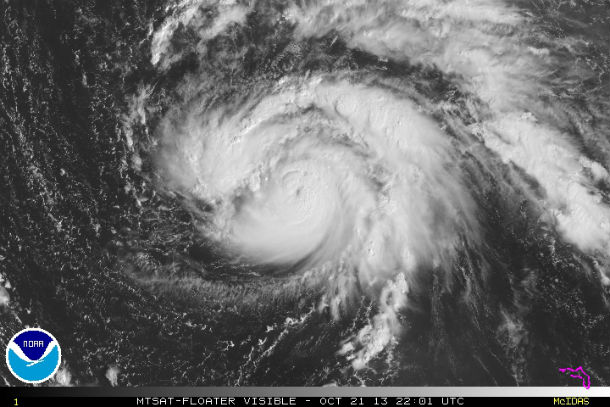 Relatively low vertical wind shear and good equatorward outflow, in addition to the perennially warm sea surface temperatures in the area will ensure gradual intensification. Lekima's maximum sustained winds are expected to peak near 115 knots (213 km/h,132.3 mph) by October 24 as it continues to move over open waters of the Northwestern Pacific. Lekima is forecast to approach Iwo To on October 24, and then turn to the northeast away from the island.

There is a chance that Lekima meets Typhoon Francisco north of Japan and two systems could merge into one large extra-tropical system. 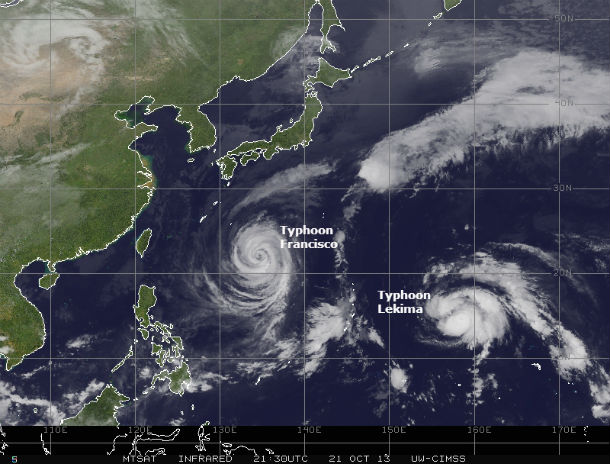