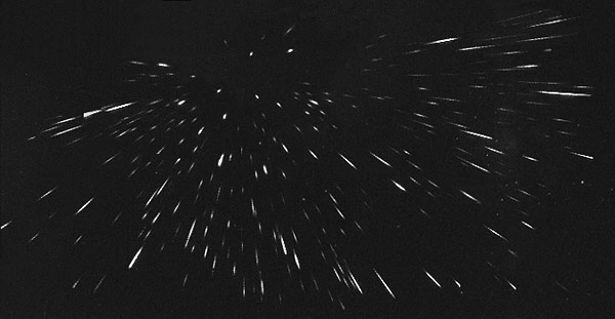 The Delta Aquariids are another strong shower best seen from the southern tropics. North of the equator the radiant is located lower in the southern sky and therefore rates are less than seen from further south. These meteors produce good rates for a week centered on the night of maximum. These are usually faint meteors that lack both persistent trains and fireballs.

This year's Delta Aquarid meteor shower is expected to peak on July 30. The Last Quarter Moon will diminish the visibility of all but the brightest meteors in the early morning hours of July 30, 2013. The Delta Aquarids are active from July 14  to August 18, and unlike most showers, have a very broad peak. 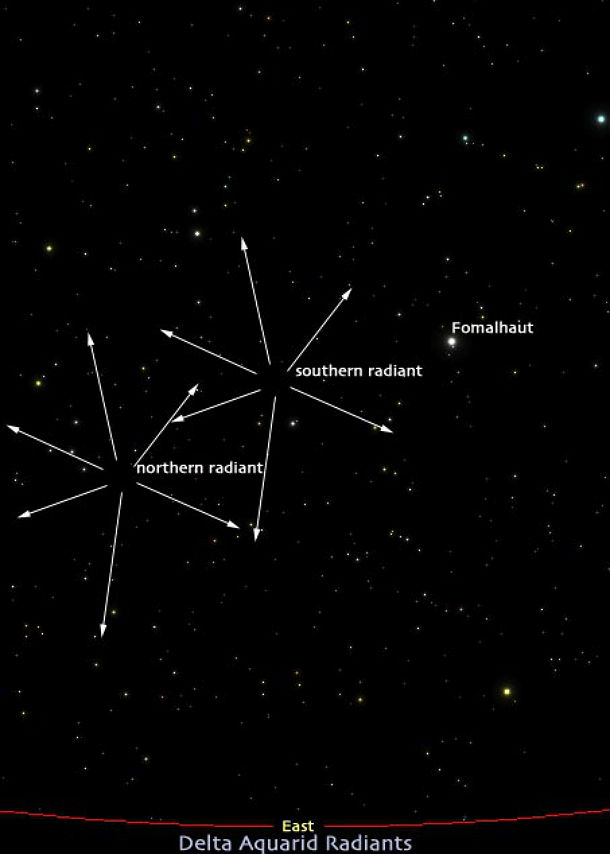 The Delta Aquarid radiant location. The red line across the bottom of the image represents the horizon. (Credit: MeteorShowersOnline / Image produced by the Author using SkyChart III 3.5 and Adobe Photoshop 5.5.)

The Delta Aquarids are one the very few showers with a southern hemisphere radiant. Only 4 of the 18 major annual meteor showers occur below the ecliptic plane and 3 (the Alpha Capricornids, and the Eta and Delta Aquarids) approach the Earth from south of the equator.

The source of the Delta Aquarids was unknown until 1986 when amateur astronomer Donald Machholz discovered that this meteor shower is caused by remnants of Comet 96P/Machholz. Delta Aquaird's radiant is located just north of the bright star Fomalhaut in the constellation Piscis Austrinus near Right Ascension 339 degrees and Declination -17 degrees. The Delta Aquarids have a moderate atmospheric entry velocity around an average of 41 kilometres a second.

Featured image: Combinedimage of all the Southern Delta Aquarid meteors from July 27 to August 2, 2005, 337 in total. (Credit: HWY/NSW)