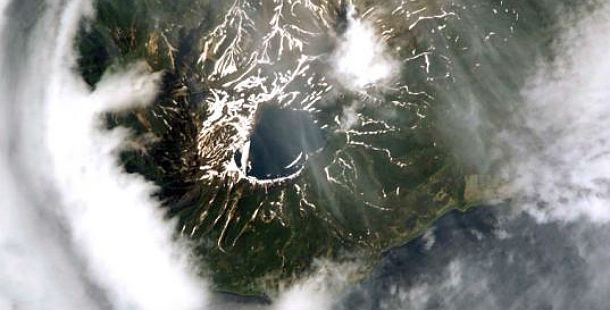 Sakhalin Volcanic Eruption Response Team (SVERT) raised the alert level to yellow after a weak thermal anomaly has been detected on satellite data at the summit of the volcano. No other details about possible activity are currently known cause the volcano is currently obscured by clouds. 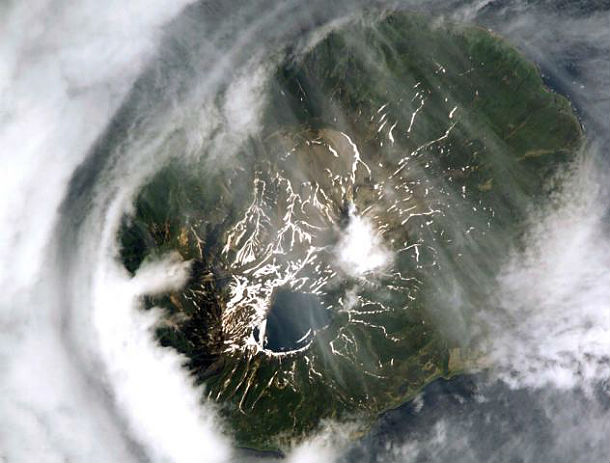 Gas and steam emissions from Ketoi's Pallas Peak were observed in satellite imagery during January 16/16, 2013.

The circular, 10-km-wide Ketoi island, which rises across the 19-km-wide Diana Strait from Simushir Island, hosts of one of the most complex volcanic structures of the Kuril Islands. The rim of a 5-km-wide Pleistocene caldera is exposed only on the NE side. A younger 1172-m-high stratovolcano forming the NW part of the island is cut by a horst-and-graben structure containing two solfatara fields. A 1.5-km-wide freshwater lake fills an explosion crater in the center of the island. Pallas Peak, a large andesitic cone in the NE part of the caldera, is truncated by a 550-m-wide crater containing a brilliantly colored turquoise crater lake. Lava flows from Pallas Peak overtop the caldera rim and descend nearly 5 km to the SE coast. The first historical eruption of Pallas Peak, during 1843-46, was its largest.  (GVP) 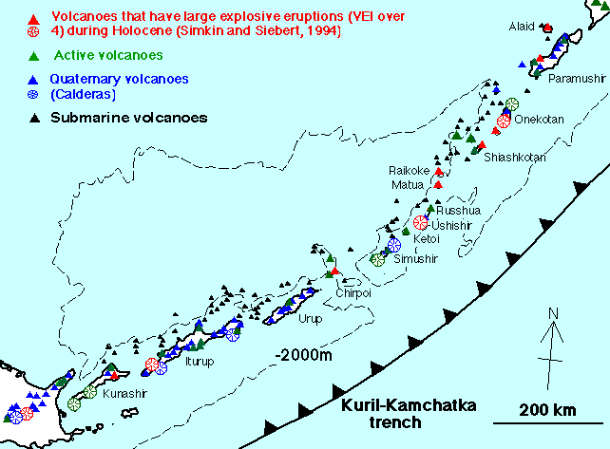 The remote Kurile Islands of the northwest Pacific stretch 1250 km (740 mi) from the tip of the Kamchatka Peninsula to northern Hokkaido, Japan. The Kuriles include 68 identified volcanic centers above sea level. Among them, 36 have been active in recent times and many are capable of producing sudden ash clouds that rise more than 15 km (50,000 ft) above sea level.

Some of the world's most heavily traveled air corridors pass within a few hundred km of Kurile volcanoes. Daily, more than 200 aircraft and 25,000 people fly on these routes. Ash clouds can rise more than 1 km (3,300 ft) per minute, putting dozens of en route wide-body jets rapidly in harm's way on a typical day in the North Pacific. Ash clouds travel with prevailing winds across hundreds or thousands of kilometers of airspace within a day. Inadvertent entry into an ash cloud can severely damage aircraft systems and, in the worst case, lead to complete engine failure. Ash fallout can also curtail ground operations at airports.