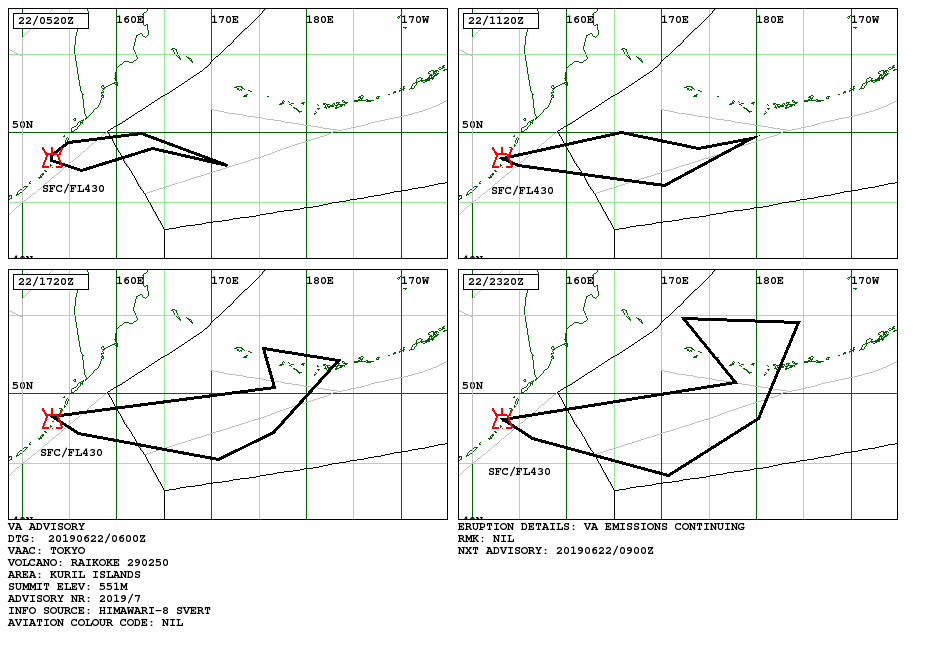 Volcanic ash emissions continued into June 22 and were still being detected at 06:00 UTC.

A low truncated volcano forms the small barren Raikoke Island, which lies 16 km across the Golovnin Strait from Matua Island in the central Kuriles.

A catastrophic eruption in 1778, during which the upper third of the island was said to have been destroyed, prompted the first volcanological investigation in the Kuril Islands two years later.

Another powerful eruption in 1924 greatly deepened the crater and changed the outline of the island. (GVP)