A strong eruption took place at Popocatepetl volcano, Mexico at 01:57 UTC on June 22 (20:57 local time, June 21). Incandescent fragments were thrown a short distance from the crater.

Intense activity continued at Popocatepetl volcano on June 22 with a strong eruption at 01:57 UTC. According to the Washington VAAC, volcanic ash was observed on webcam and satellite imagery moving W at 28 km/h (17 mph) and rising up to 7.6 km (25 000 feet) above sea level at 02:01 UTC.

Remnant volcanic ash emission was extending approximately 214 km (134 miles) SW of the summit at 09:50 UTC and was expected to dissipate within 6 hours. 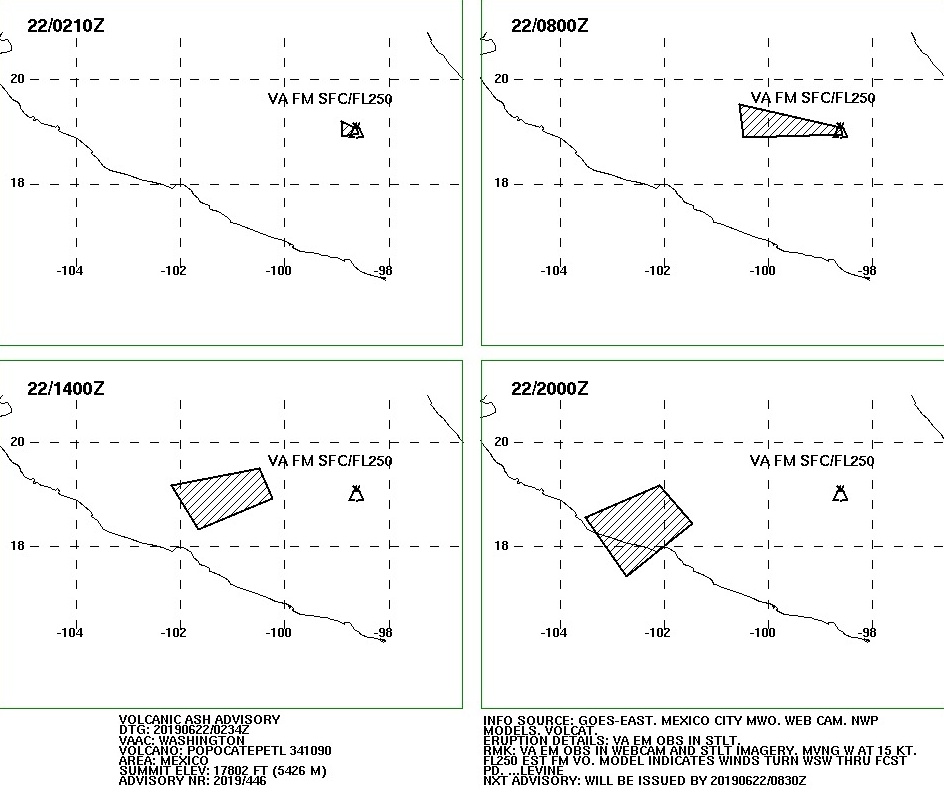 In 24 hours to 15:00 UTC on June 21, 144 exhalations were identified, accompanied by water vapor, gas and light amounts of ash. Additionally, 21 minutes of low amplitude tremor were recorded.​