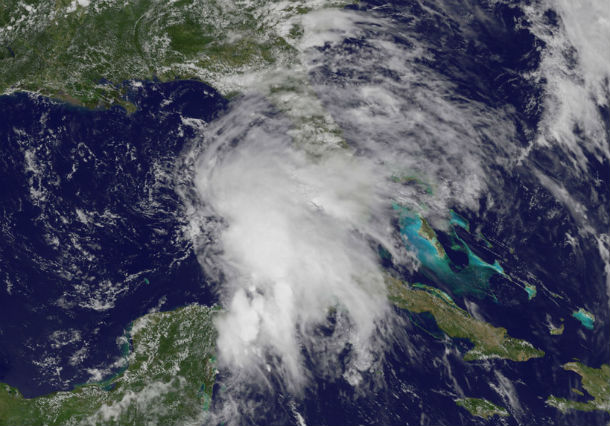 The first tropical storm of 2013 Atlantic hurricane season is named Andrea. Low pressure System (91L) in the Gulf of Mexico became better organized and strengthened into tropical storm on June 5, 2013.

Andrea has been lingering in the northwestern Caribbean Sea and the Gulf of Mexico for several days. It has a large area of disorganized thunderstorms and strong gusty winds over the southeastern Gulf. 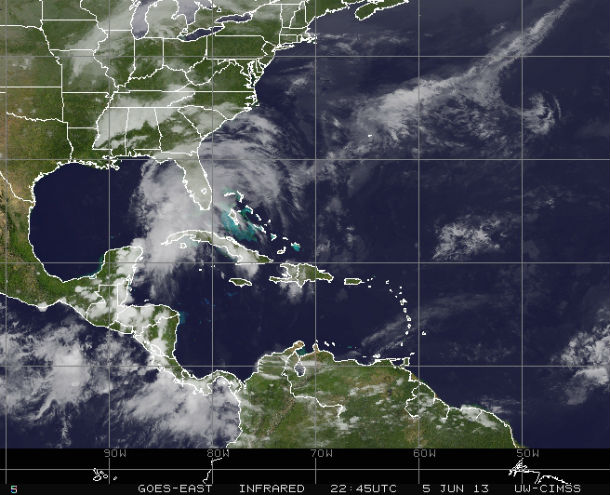 According to latest public advisory by US National Hurricane Center (NHC), the center of Tropical Storm Andrea was located near latitude 25.5 north and longitude 86.5 west at 00:00 UTC on June 5/6, 2013. Andrea is moving toward the north near 3 mph (6 km/h) and this slow northward motion is expected to continue.

Andrea's maximum sustained winds are near 40 mph (65 km/h) with higher gusts. Little change in strength is forecast during the next 48 hours. A faster northeastward motion is expected to begin on June 6, 2013 and should continue through June 7, 2013.

Tropical storm force winds extend outward up to 140 miles (220 km), mainly to the east and southeast of the center. The center of Andrea is forecast to reach the coast of the Florida Big Bend later on June 6, 2013 and then move over southeastern Georgia and eastern South Carolina overnight. Isolated tornadoes are possible over the Florida Peninsula during the next 36 hours. 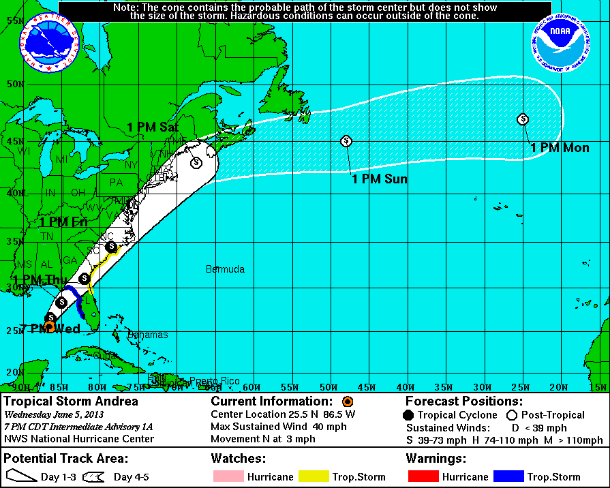 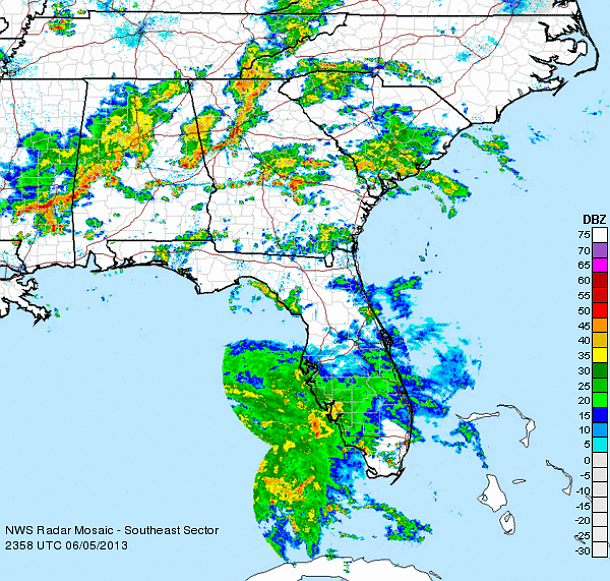 The biggest threat pose the combination of a storm surge and the tide which will cause normally dry areas near the coast to be flooded by rising waters. The water could reach 2 to 4 ft from Tampa Bay, northward to Apalachicola, and 1 to 2 ft from Florida West Coast south from Tampa Bay. The deepest water will occur along the immediate coast near and to the south of the landfall location. Surge-related flooding depends on the relative timing of the surge and the tidal cycle and can vary greatly over short distances. 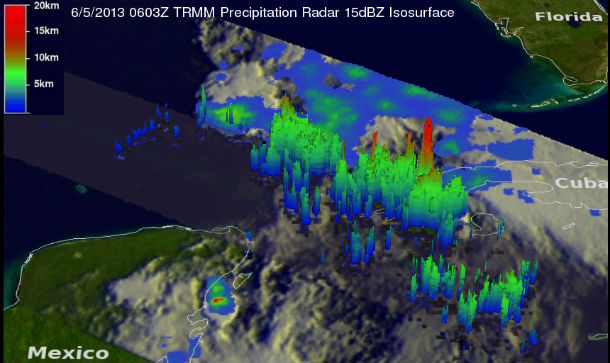 TRMM's Microwave Imager (TMI) and Precipitation Radar (PR) data show scattered moderate to heavy rainfall extending north-westward from Cuba into the Gulf Of Mexico. TRMM PR data were used to create the 3-D image on the right. The tops of some storms East of the low's center reached heights slightly above 10km (~6.21 miles). (Credit: NASA/TRMM)

The National Weather Service expects Andrea to soak the southeastern U.S. and Mid-Atlantic states over the next couple of days as it moves northward.