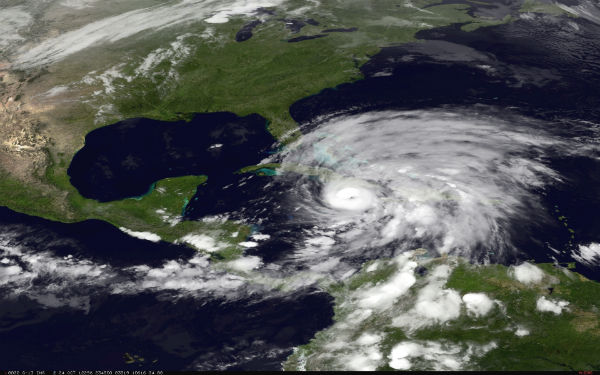 Hurricane Sandy has formed in the Caribbean Sea. Sandy is now a Category 1 hurricane, and is about 30 miles south of Kingston, Jamaica. Environmental conditions are expected to remain favorable for additional strengthening to occur up until Sandy makes landfall on Jamaica early this evening.

According to latest public advisory by US National Hurricane Center (NHC) issued at 00:00 UTC, the center of Hurricane Sandy was located near latitude 18.7 north and longitude 76.4 west. Sandy is moving toward the north at speed 22 km/h (14 mph). This general motion is expected to continue through Thursday night with an increase in forward speed expected overnight and Thursday. A turn toward the north-northwest and a decrease in forward speed are expected on Friday. Hurricane force winds extend outward up to 45 km (30 miles) from the center and tropical storm force winds extend outward up to 220 km (140 miles). 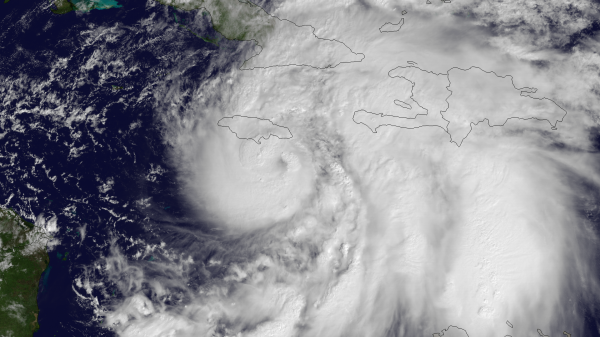 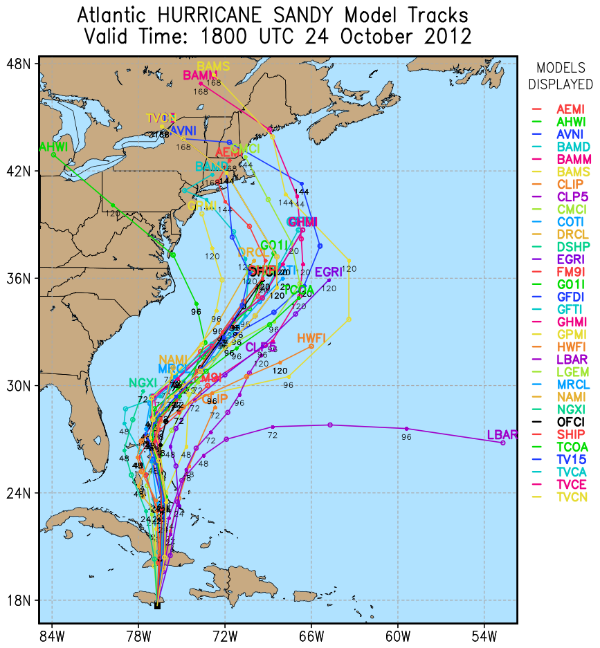 The combination of a dangerous storm surge and the tide will cause normally dry areas near the coast to be flooded by rising waters.  Surge-related flooding depends on the relative timing of the surge and the tidal cycle, and can vary greatly over short distances.

A Hurricane Warning is in effect for Jamaica, Cuban provinces of Camaguey, Las Tunas, Granma, Santiago de Cuba, Holguin and Guantanamo, the central and northwestern Bahamas. a Hurricane Warning means that hurricane conditions are expected somewhere within the warning area. Preparations to protect life and property should be rushed to completion.

Satellite imagery indicates that maximum sustained winds have increased to near 135 km/h (85 mph) with higher gusts. Sandy is a category one hurricane on the Saffir-Simpson hurricane wind scale. Additional strengthening is possible before the center reaches eastern Cuba with some weakening expected as Sandy moves over eastern Cuba. Restrengthening is expected after Sandy moves into the Bahamas.

AccuWeather experts warn of possibility that chilly air and strong upper-level winds join in from North America could capture the hurricane system. Meteorologists refer to this as an atmospheric “bomb.” If the assumption that the storm turns inland is correct, the worst conditions would be near and well northeast of the storm center as it moves inland. This is where the strongest winds, heaviest rain and greatest storm surge would be due to the onshore flow of high-speed moisture.

If not, Sandy itself  would escape out to sea and some of its moisture would feed the storm. Drenching rain, gusty winds and minor flooding problems would focus on New England and neighboring Canada in that case. 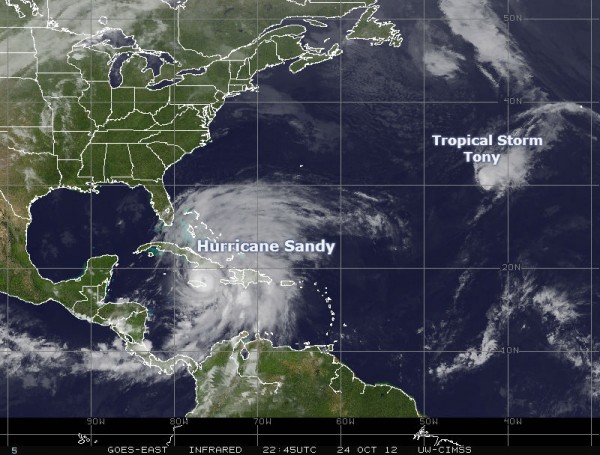