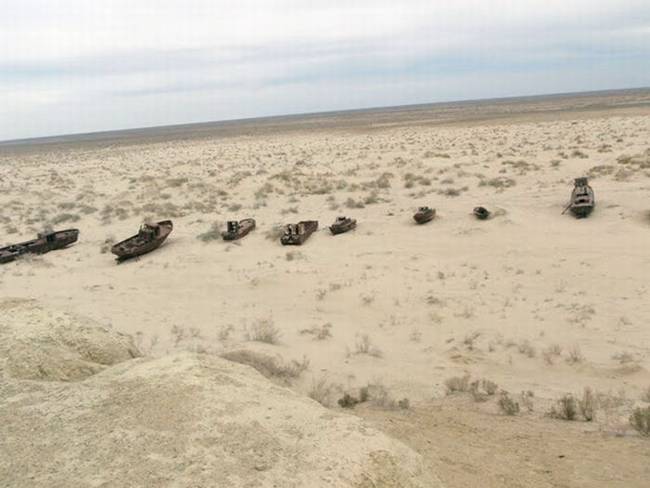 The Aral Sea was once the world’s fourth largest lake or inland sea – a rich haven for fish, birds and other wildlife. The Aral Sea began to shrink in the 1960s, when massive diversion of water for cotton and rice cultivation under the Soviet Union drained the two rivers that feed the sea, the Syr Darya and Amu Darya. As the waters of the contributory rivers to the Aral have been progressively redirected for irrigation, the water levels in the Aral have fallen, the shore receded, and the water quality has dropped precipitously.This caused the Aral Sea to shrink by 70 % and split into two – known as the North Aral and the South Aral. 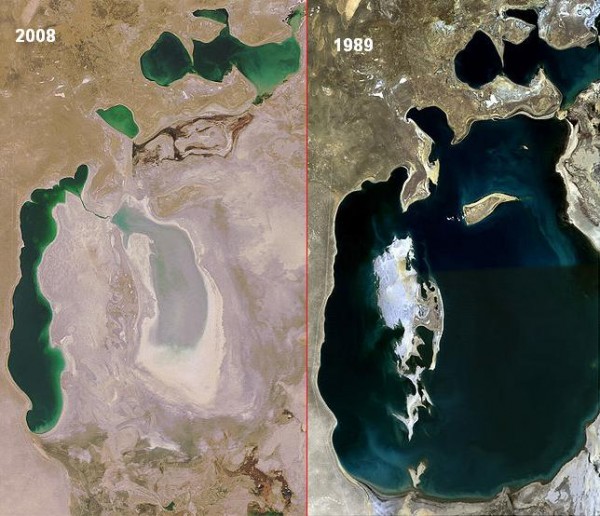 Kok-Aral Dam was built jointly by the Government of Kazakhstan and the World Bank in 2005 in order to increase the volume of water being discharged into the northern part of the sea. The main goal was to make sure water from one of the region’s main rivers is more evenly split between agriculture and the sea. Newly reconstructed, rebuilt, and rehabilitated waterworks along the Syr Darya are increasing the carrying capacity of the river, filling the Northern Aral Sea and benefiting farmers by irrigating their lands. Water level of the North Aral has risen, and its salinity has decreased. As of 2006, some recovery of sea level has been recorded. 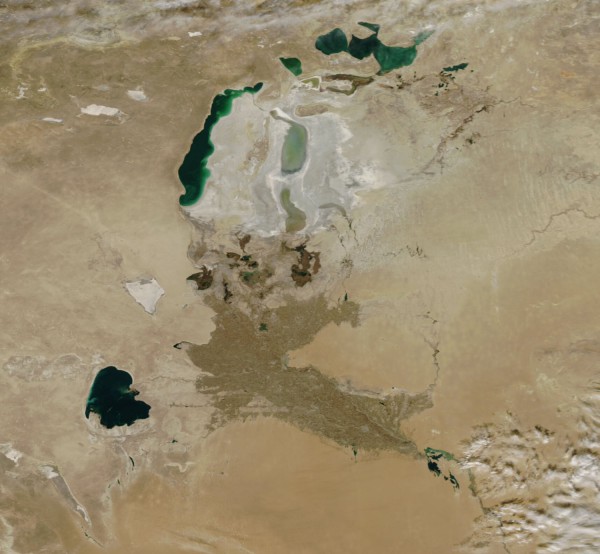 Several hundred kilometres up-stream from the North Aral, Syr Darya river used to be partly blocked in order that water could flow into irrigation canals. This allows much more water to flow into the sea. When the river water reaches the sea, the 13-kilometre-long Kok-Aral dam allows it to collect and build up. As a result, the surface of the North Aral is now 50 % larger than it was at its lowest point. The aim is to secure the northern Kazakh pocket of the Aral Sea at 42 metres above Baltic Sea level and improve ecological conditions in the area. The sea, which had receded almost 100 kilometres (62 miles) south of the port-city of Aralsk, is now a mere 25 kilometres (16 miles) away.

South Aral continues to shrink because water discharges are mainly focused on North Aral. As the lake dried up, winters became colder and harsher, and summers became hotter and drier. Blowing dust, laden with pesticides and other chemicals, is routinely scoured from the dry lake bed and poses a severe public health hazard. Respiratory and other diseases began to spread. Frequent dust storms and burning fossil fuels only worsen the situation.

The interruption of the Aral ecosystem has led to many serious problems. The local fishery collapsed. Before the agricultural boom, the Aral had a commercial fishery that brought in more than 40,000 tonnes of fish each year.

The dike was built twice in the past from local sand, but due to a lack of funding necessary to strengthen it once the water level in the North Aral Sea (and therefore pressure to the dike) began to rise, the dike was washed away. This happened in 1992 and 1998. However, for the short time that the dike stood, positive changes were already noticed – the climate became milder, and fauna was partly restored. When the dike was washed away, the water-level fell again, as much of the water poured into the South Aral Sea. In some places the coastline of North Aral retreated by as much as a few hundred meters.

Many scientists consider it to be the most mismanaged water resource in human history.