A warm spell triggered a destructive glacial lake outburst flood along the Kargalinka River threathening residents of Almaty, the largest city in Kazakhstan, earlier this month. A state of emergency has been declared across the affected areas of Almaty.

"Warm weather in 2015 has increased the flow of melt water from Kargalinka Glacier into nearby melt ponds. On July 23, 2015, the moraine holding back water in a melt pond failed, sending water, mud, boulders, and other debris rushing down the river toward Almaty. While a dam in the outskirts of the city rebuffed some of the water, the flash flood swamped several neighborhoods, injured 76 people, damaged 127 homes, and forced about 1 000 people to evacuate. Towns on the outskirts of the city, including Algabas and Alatue, were the most severely affected."

The first image, captured by the Operational Land Imager (OLI) on Landsat 8, shows the flood aftermath on July 27, 2015. The second image shows how the same area looked 16 days earlier, on July 11, 2015.

In the more recent image, the melt pond has emptied and a fresh layer of fresh and debris lines the river. Note that south is up and north is down in both images in order to overcome the visual effect of relief inversion. 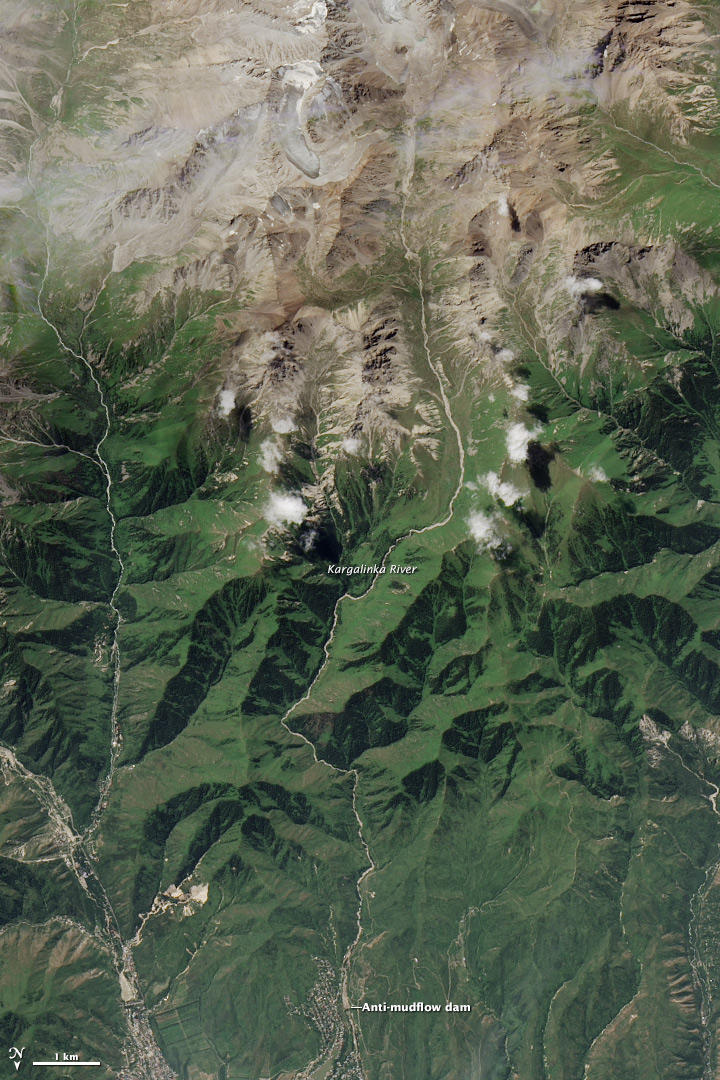 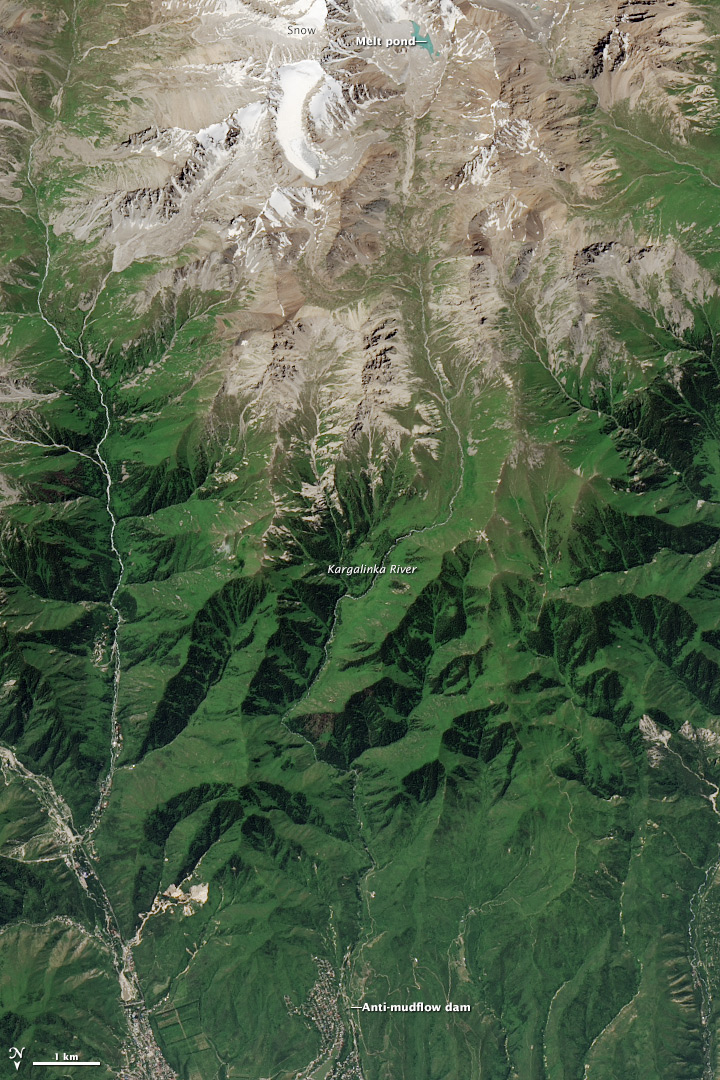 The Kargalinka is not the only river in the area that faces the threat of glacial lake outburst floods. In 2012, an analysis of satellite imagery of the northern Tian Shan pointed out 47 potentially dangerous lakes in the region.

Meanwhile, the same heat wave that triggered the Almaty flood has caused similar outburst floods elsewhere. Some 300 000 people were stranded and three people were killed by a glacial lake outburst flood in the Khyber Pakhtunkhwa province in Pakistan, according to news reports.