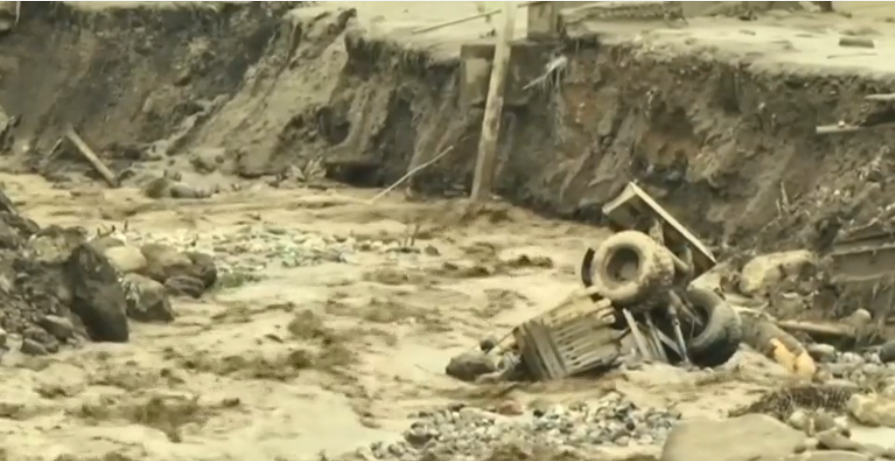 Three areas in the Almaty region of southern Kazakhstan have been affected by the mudflow outbursts of the Kargalinka river, July 23, 2015. Local media reported 5 injuries and 900 people evacuated from their homes. A state of emergency has been declared across the affected areas of Almaty.

High temperature conditions in southern Kazakhstan over the last couple of days, intensified the snowmelt in Almaty region. As a result, the waters of glacial lake Bezymyannoye overflew on July 23, causing the Kargalinka river to flood. The mudflow from the overflown river basin strongly affected the areas of Chapaevo, Kargaly and Kamenka.

The Governor of Nauryzbai district, Kuanyshbek Kashkimbayev said the level of Kargaly River is up to 5-6 meters (16 – 20 feet). According to his statement, the Kargaly dam is still operational, and fully capable of handling the water level.

The warning of high risk of flooding and mudflow remains in place, as further snowmelt and heavy rainfall is expected in the period of 24 – 27 July, according to the National Hydrometeorological Service.