According to Joint Typhoon Warning Center (JTWC), Khanun's maximum sustained winds had increased to 50 knots (93 km/h) with gusts up to 65 knots (120 km/h). Center of the storm is located about 280 nm south of Cheju-Do and it is moving north-northwestward at speed of 15 knots (28 km/h). Khanun is predicted to slightly increase in power today. It is expected to affect both South and North Korea as it moves northward through the western side of the Yellow Sea over the next couple days.

The Tropical Rainfall Measuring Mission (TRMM) is keeping an eye on the rainfall being generated by Tropical Storm Khanun as it moves past Kadena Air Base, Okinawa, Japan. The 3-D view showed that powerful convective storms near Khanun's center were pushing to heights of about 17 kilometers (~10.6 miles). 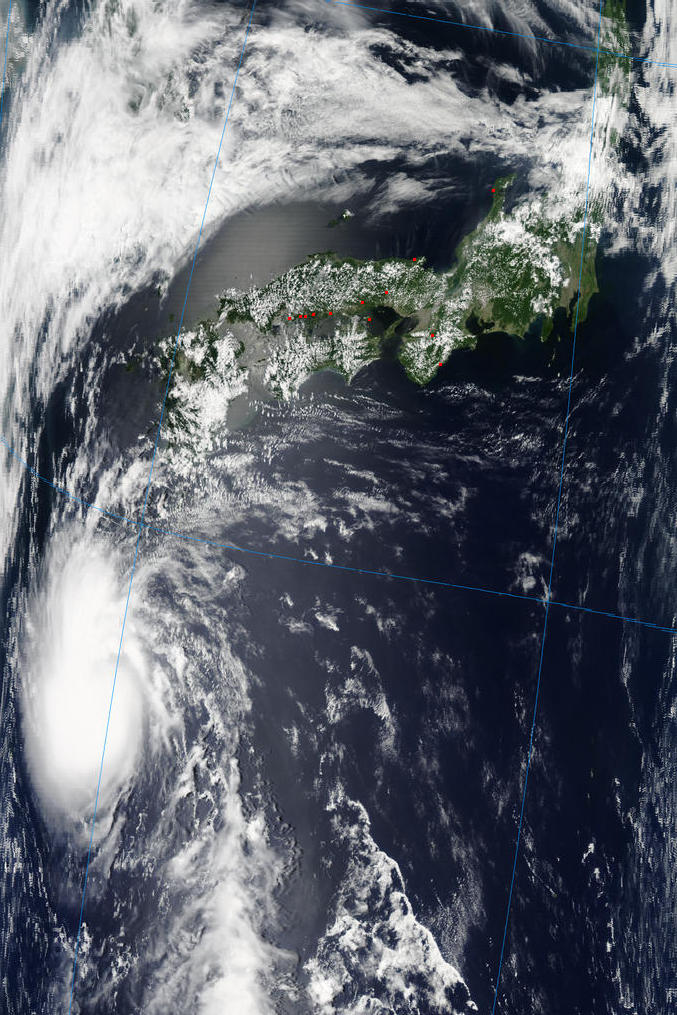 Tropical storm Khanun is forecast to strike South Korea at about on 18 July. Data supplied by JTWC suggest that the point of landfall will be near32.6 N,126.2 E. Khanun is expected to bring maximum sustained winds to the region of around 92 km/h (57 mph). Wind gusts in the area  may be considerable higher. 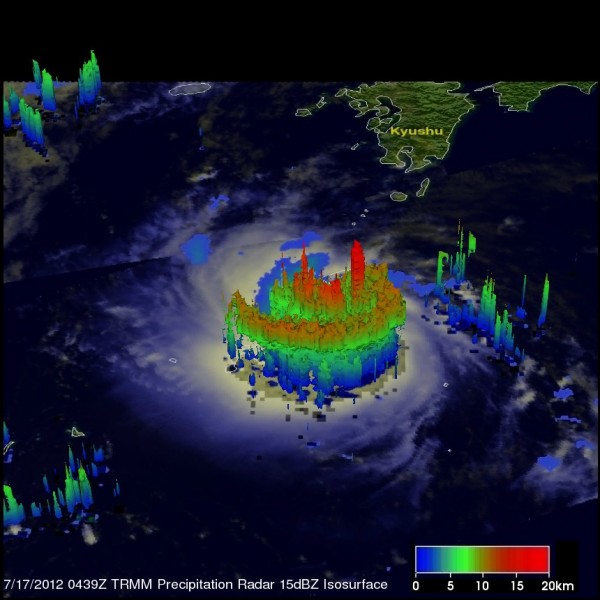 The TRMM satellite had an excellent daytime look at Tropical Storm Khanun near Okinawa in the northwestern Pacific Ocean on July 17, 2012 at 0439 UTC (12:39 a.m. EDT/1:39 p.m. Japan). Khanun had estimated wind speeds of over 40 knots (74 km/h) at the time TRMM passed overhead. The storm was compact but well-organized and shows possible eye wall formation. The bulk of the strongest precipitation was occurring in the western semi-circle of the storm. 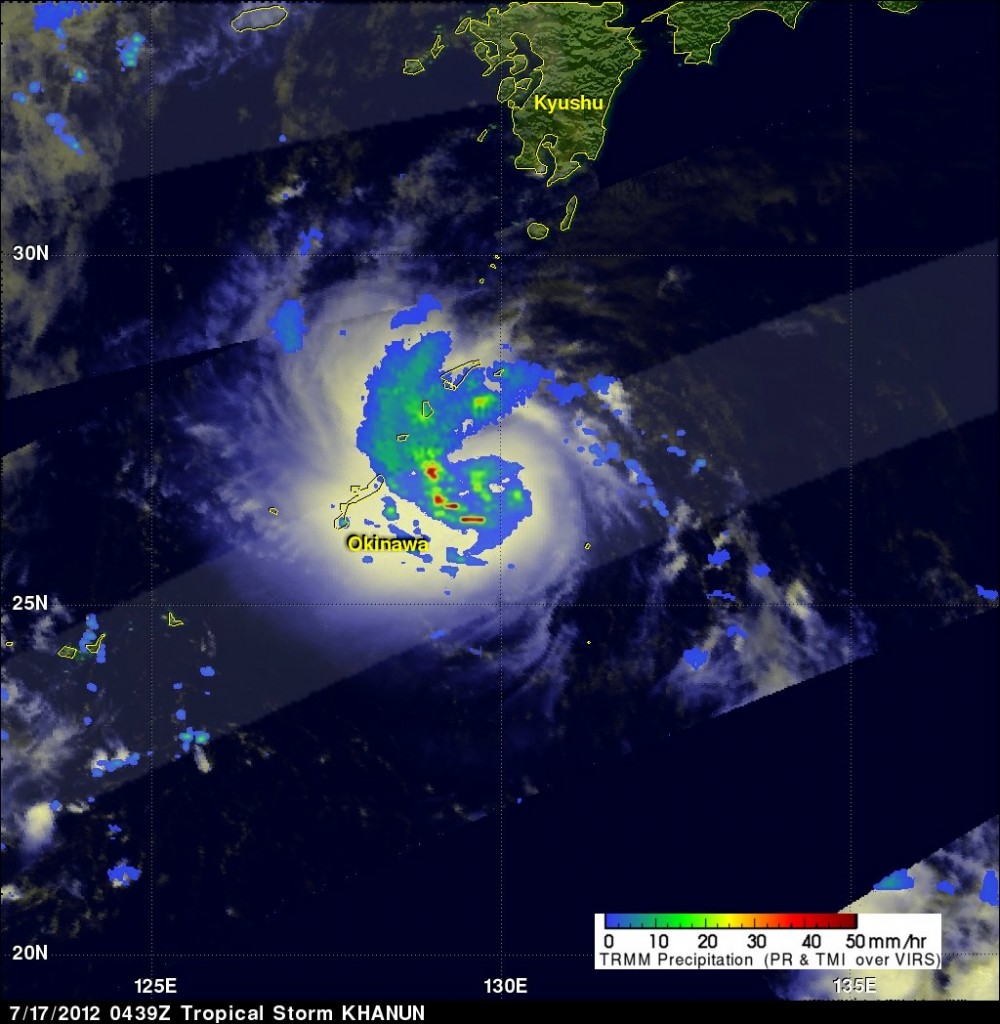 A moderate explosive eruption of the Strombolian and sometimes Vulcanian types continues at Russian Klyuchevskoy volcano. A notable eruption was registered at 00:05 UTC on April 9. Volcanic ash was ejected up to 7 km (23 000 feet) above sea level, drifting east,...

Severe storms with hail, tornadoes, and strong winds ripped through parts of the Midwest and South U.S. on Wednesday night, April 8, 2020, causing damage to many homes, especially in Indiana and Arkansas. According to the National Weather Sevice (NWS), the extreme...

Tropical Cyclone "Harold" lashed Tonga on Thursday, April 9, 2020, after leaving major destruction across the Solomon Islands, Vanuatu, and Fiji. Harold is the first Category 5 severe tropical cyclone to form in the South Pacific basin since 2018 and so...

A strong explosive eruption took place at Sheveluch volcano, Kamchatka, Russia at 19:10 UTC on April 8, 2020. According to the Tokyo VAAC, volcanic ash column rose up to 10 km (33 000 feet) above sea level by 21:20 UTC, drifting SSE. Satellite data by KVERT showed...