Tropical Storm Khanun (ENTENG) is the 7th named Tropical Storm in the West Pacific Ocean. It is expected to affect Japan and probably making landfall somewhere in Korea peninsula. However it is not expected to strengthen into a Typhoon status for now. More rains form Khanun could add more trouble for Japan that has been saturated due to severe heavy rainfall and landslides in last few days. 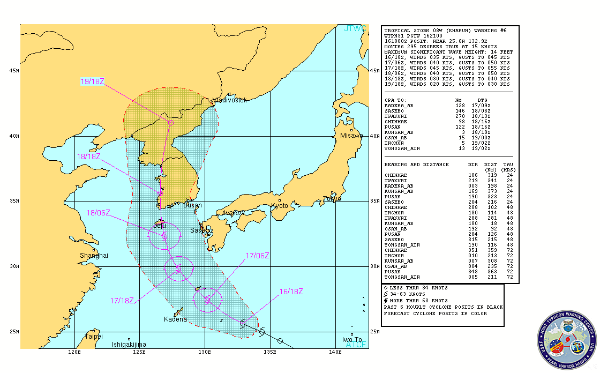 Tropical Storm Khanun is forecast to strike South Korea at about 06:00 UTC on 18 July. Data supplied by the US Navy and Air Force Joint Typhoon Warning Center suggest that the point of landfall will be near33.2 N,127.1 E. 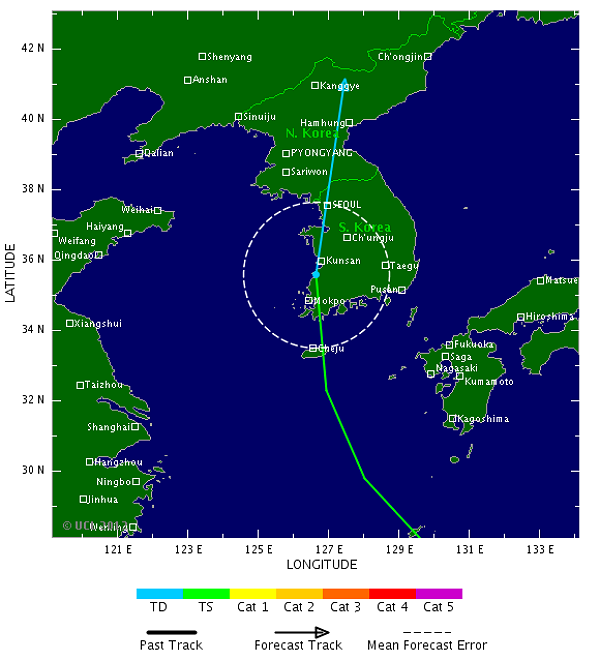 Khanun is following the periphery of a north-south oriented sub-tropical ridge (elongated area) of high pressure building up south of Honshu. Khanun is forecasted to gradually intensify as sea surface temperatures and ocean heat content remain favorable.  There is a good overall outflow as the poleward outflow is being aided by the southwesterly flow over Korea and Japan and the equatorward outflow is being aided by a tropical upper tropospheric trough cell to the southeast of the storm. 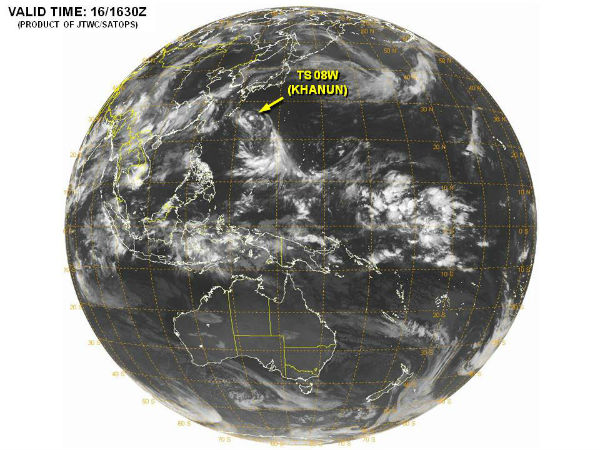