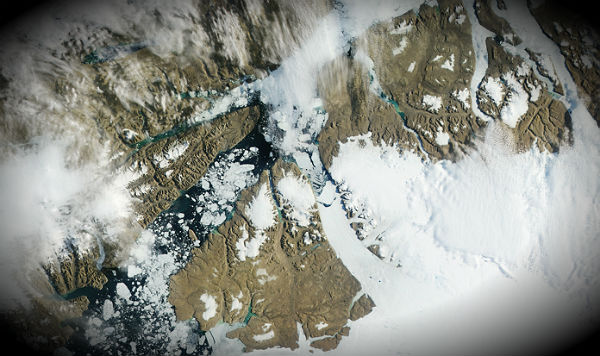 Another spectacular event on Greenland this year is second big calving of Petermann Glacier, following retreats of the Jakobshavn Glacier and lowest reflectivity of the Greenland ice sheet on record. This calving was expected to happen, as the rift in the glacier has been there for year. The break-off point has been visible for at least 8 years in MODIS imagery propagating at speeds of 1 km/year towards Nares Strait. The fracture also extended further across the floating ice sheet from the northern towards its southern side.

The large iceberg breaking from the Petermann Glacier serves as a reminder that ice sheets are dynamic. A glacier is like a relatively slow-moving river of ice. When a glacier flows into the ocean, as the Petermann Glacier does, ice breaks or calves from the end, creating new icebergs. So, calving is a natural process. How frequently icebergs calve from a glacier depends on how fast the glacier grows because of new snow, how fast it flows into the ocean, and how fast it melts. 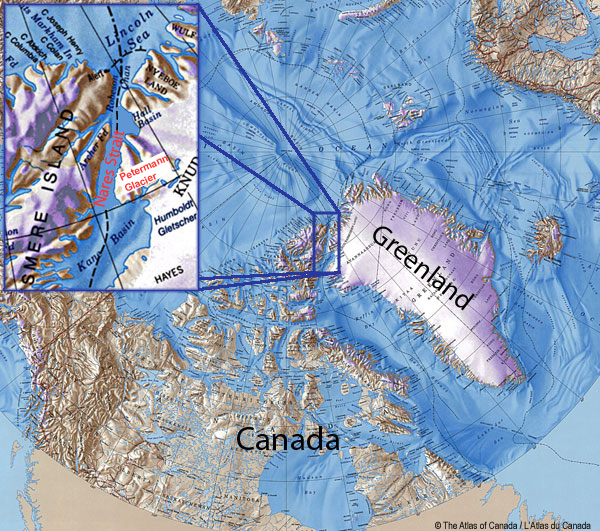 The Petermann Glacier grinds and slides toward the sea along the northwestern coast of Greenland, terminating in a giant floating ice tongue. Like other glaciers that end in the ocean, Petermann periodically calves icebergs. A massive iceberg, or ice island, broke off of the Petermann Glacier in 2010. Nearly two years later, another chunk of ice has broken free. 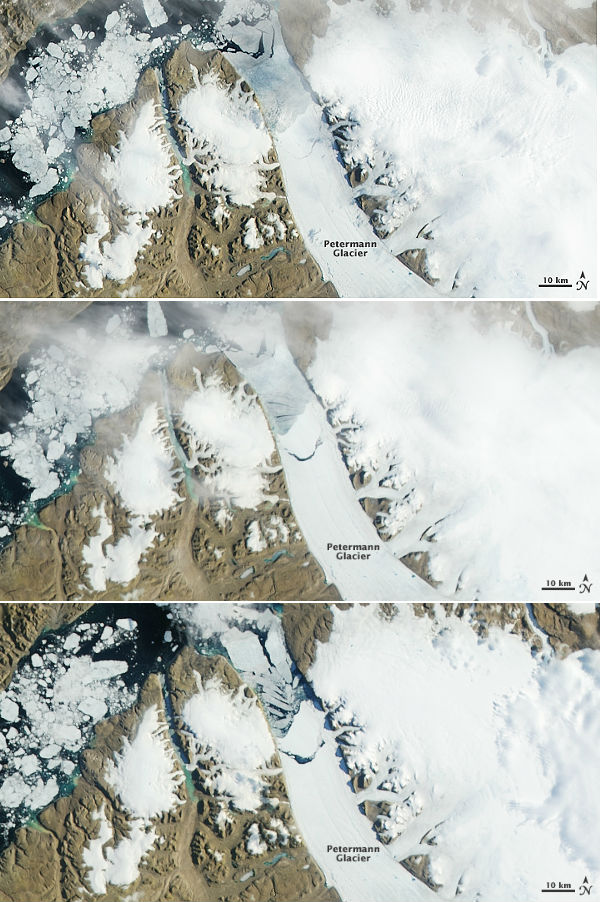 Konrad Steffen, director of the Swiss Federal Institute for Forest, Snow, and Landscape Research WSL, estimated that this iceberg was roughly half the size of the ice island that calved off of Petermann in 2010.

Ted Scambos, lead scientist at the U.S. National Snow and Ice Data Center, noted that this calving event marks a retreat of the Petermann Glacier “farther back than historical calving fronts.” A comparison of this event to the 2010 event shows that this iceberg broke off the glacier tongue farther upstream. The crack along the southern margin of this new iceberg, however, has been visible in satellite imagery for several years. That rift was first identified in 2001. 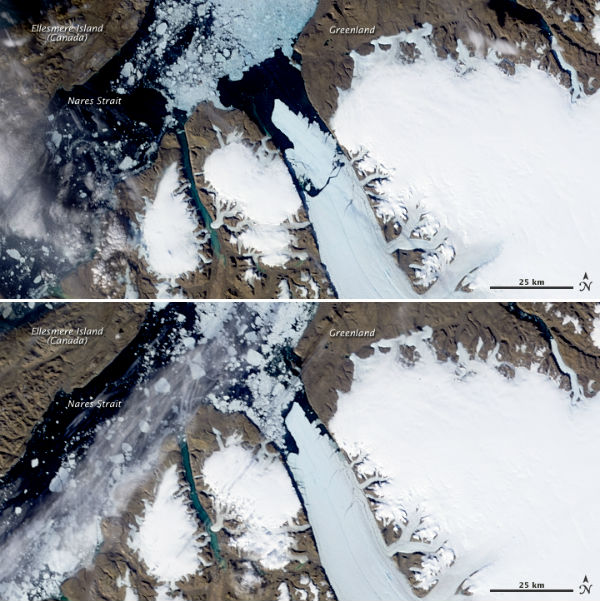