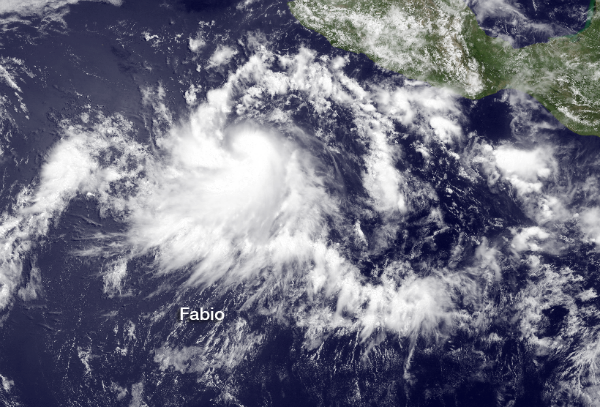 Tropical Storm Fabio has formed in the east Pacific, near Clipperton Island and it is the sixth named storm of the 2012 Eastern Pacific Hurricane Season. Fabio could take a northward turn by next week. According to US National Hurricane center’s latest public advisory,  Tropical Storm Fabio is moving westward at speed of 17 km/h (10 mph) and it is expected to turn west-northwestward in the next day or so. Fabio’s maximum sustained winds are near 95 km/h (60 mph) with higher gusts. Fabio could become hurricane by Friday night or Saturday.

Fabio is located  775 km (470 miles) southwest of Manzanillo, Mexico, and about 1005 km (625 miles) of the southern tip of Baja California. Tropical storm winds extend outward up to 130 km (80 miles) from the center. Estimated minimum pressure is 998 MB. 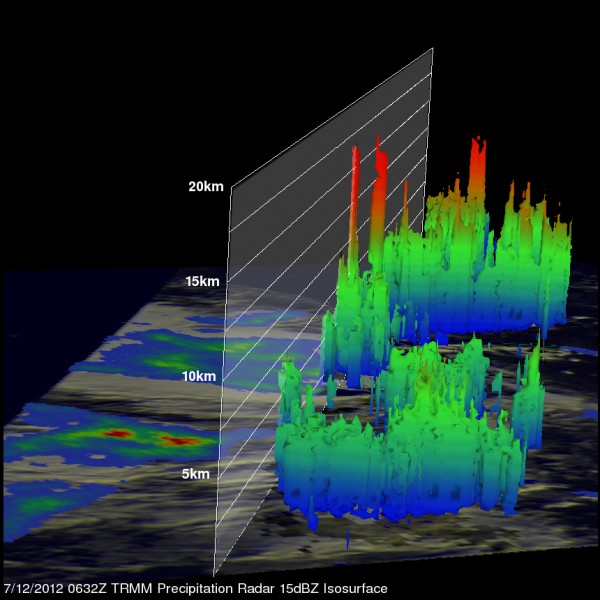 High pressure over the West is shifting eastward and a dip in the jet stream could capture Fabio just enough to tug it northward, potentially near the coast of Baja California next week. Cooler waters in region could lead to substantial weakening of Fabio. However, its moisture could be drawn in across the Mexico province and perhaps part of the Southwest United States. Monsoonal moisture could lead to thunderstorms over California and the Southwest into the weekend. The combination of extreme heat and humidity in the Southwest could make conditions dangerous. 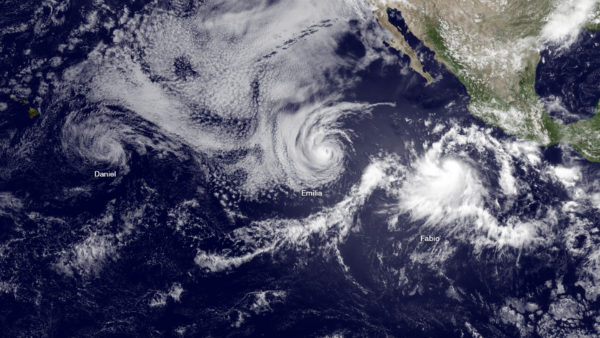 Meanwhile, Hurricane Emilia is entering an area of cooler sea surface temperatures and will begin to weaken. Currently, Emilia is Category 1 hurricane with winds of 140 km/h (85 mph). The remnants of Hurricane Daniel can be seen far to the west near Hawaii. Fabio is following their path for now but it is expected to turn  toward the north by the end of week.