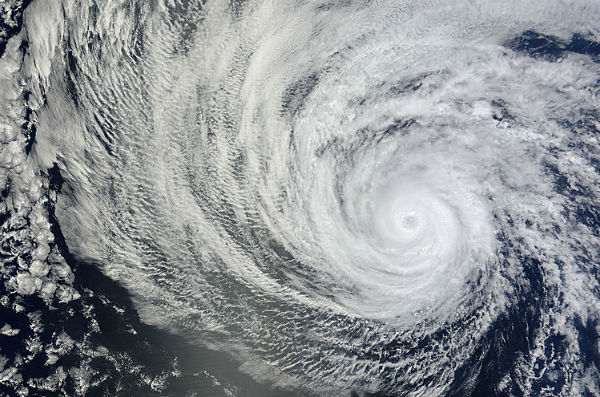 Tropical storm Daniel strengthened and became the third hurricane over the weekend, and now Tropical Storm Emilia strengthened into the fourth hurricane of the season. Tropical storm Emilia formed on July 7 as tropical depression 5E and became a tropical storm on July 8. On July 9, Emilia is trailing Daniel by 645 miles in the eastern Pacific, as both storms continue to move away from land. Emilia is dropping rain at a greater rate than Daniel according to satellite data. 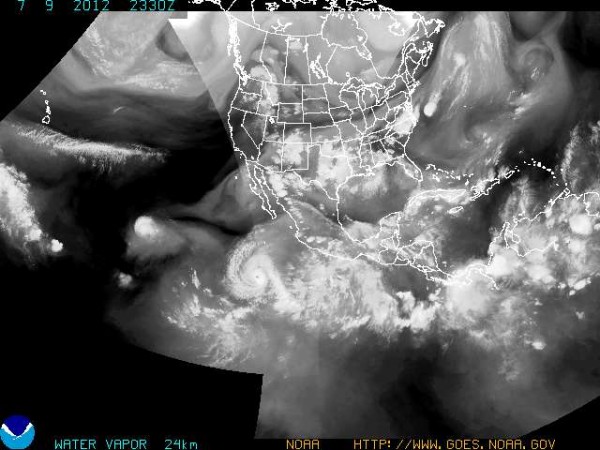 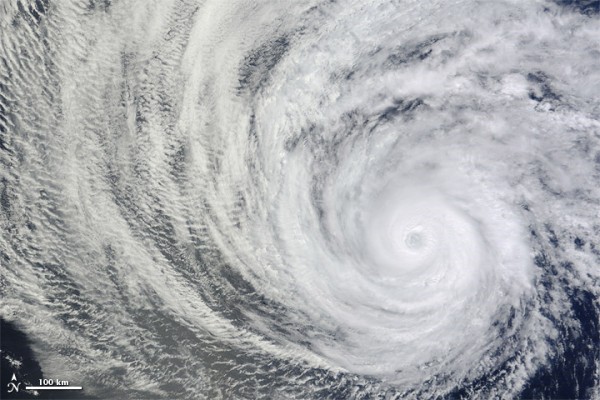 According to latest advisory issued by National Hurricane Center (NHC), on July 9, Hurricane Daniel has maximum sustained winds near 140 km/h(85 mph ). The center of Daniel was about 1355 miles (2185 km) west-southwest of the southern tip of Baja California. Daniel is moving westward at speed of 26 km/h (16 mph) and this general motion with a slight increase in forward speed is expected during the next couple of days. Hurricane-force winds only extend out 35 km (25 miles) from the center, and tropical storm-force winds extend out up to 165 km (125 miles).

TRMM noticed only light-to-moderate rainfall happening within Daniel, as the hurricane continues to weaken. Light-to-moderate rainfall means rain is falling between 20 and 40 millimeters (78 to 1.57 inches) per hour.  Some of its moisture could bring unsettled weather to Hawaii. Hawaii could experience some impacts late this week and this weekend, as the remnants of Daniel pass south of the state. 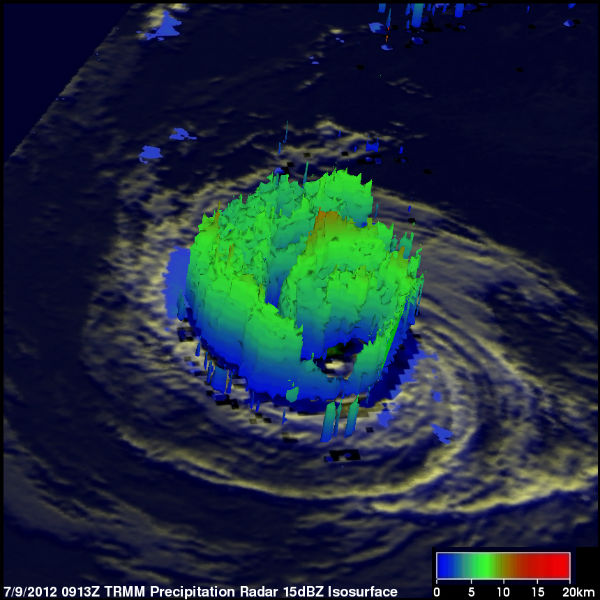 Daniel is forecasted  to reach a point south of the Big Island of Hawaii by late Friday or Friday night. At that point, the system will likely be a remnant area of low pressure. However, showers, particularly across the Big Island, could become heavy at times and cause localized flash flooding. 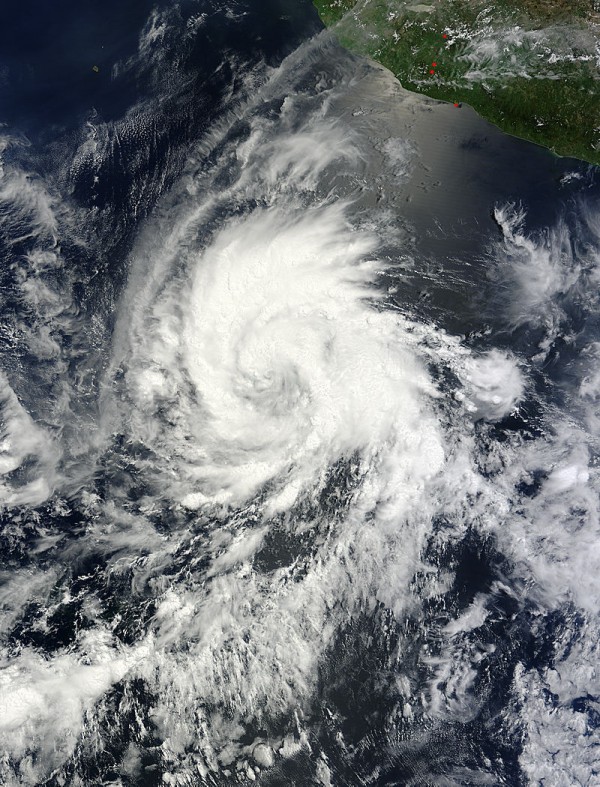 NASA’s Terra satellite captured a visible image of Emilia and it appeared comma-shaped, but there was no visible eye in the center of circulation. Emilia underwent rapid intensification from a tropical storm into a category two hurricane. Emilia’s maximum sustained winds near 175 kmh (110 mph) and the National Hurricane Center noted that she could become a major hurricane (Category Three) later today. Emilia was located about 710 miles (1145 km) south of the southern tip of Baja California. Emilia is moving at 24 km/h (15 mph) to the west-northwest.

Emilia’s hurricane force winds extend outward up to 55 km (35 miles) from the center of circulation, but Emilia’s tropical-storm-force winds are much smaller in area, extending to 205 km (125 miles). Emilia is expected to become a major hurricane in the next day, while Daniel weakens.

When TRMM passed over Tropical Storm Emilia on July 8, before she became a hurricane, data showed various areas of heavy rainfall in bands of thunderstorms along the northwestern, north, and eastern quadrants, feeding into the center. The heavy rain was falling at a rate of more than 2 inches/50 mm per hour. Surrounding the areas of heavy rain were large areas of light-to-moderate rainfall between 20 and 40 millimeters (78 to 1.57 inches) per hour. 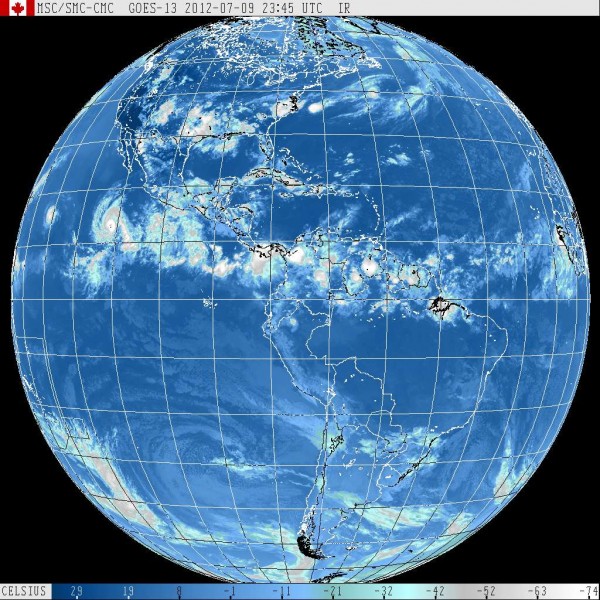