Three storm systems are trailing one another across the Pacific Ocean basin. Tropical Storm Daniel is moving west toward Hawaii, followed by Hurricane Emilia. Just off the coast of Mexico, another possible tempest, known as System 98E, is brewing. National Hurricane Center in Miami gave this system an 80 % chance of becoming a tropical cyclone in the next 48 hours.

Daniel is now a tropical storm once more after weaken from Category 2 hurricane status. Currently, it is located 1700 km (about 1055 miles) east-southeast of the Hawaiian Islands.

Emilia grew rapidly and become a Category 4 hurricane, the strongest storm of the season so far in either the Pacific or Atlantic basins. Emilia has weakened slightly and today is a Category 2 hurricane, packing winds of up to 170 km/h (105 mph), according to the latest report from the National Hurricane Center. 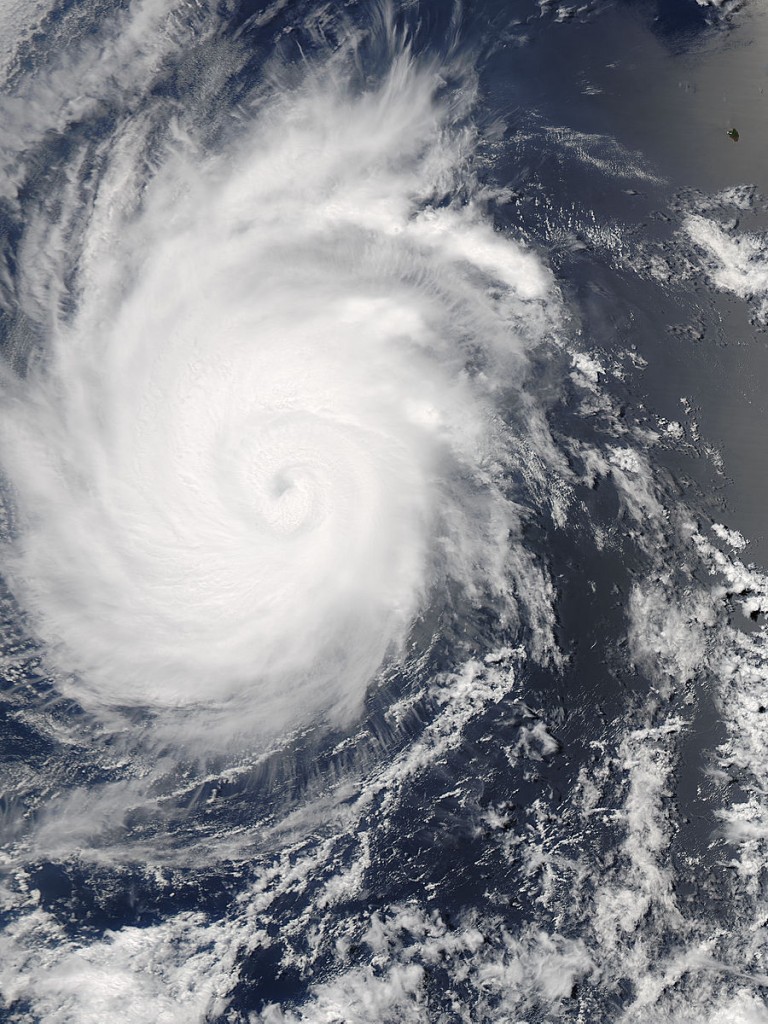 Shower activity associated with a Low Pressure System 98E located about 765 km (475  miles) south of Manzanillo, Mexico, continues to show signs of organization. Environmental conditions are conductive for development and a tropical depression could form during the next day or so.  The system is moving west-northwestward at speed of 16 km/h (10 mph). 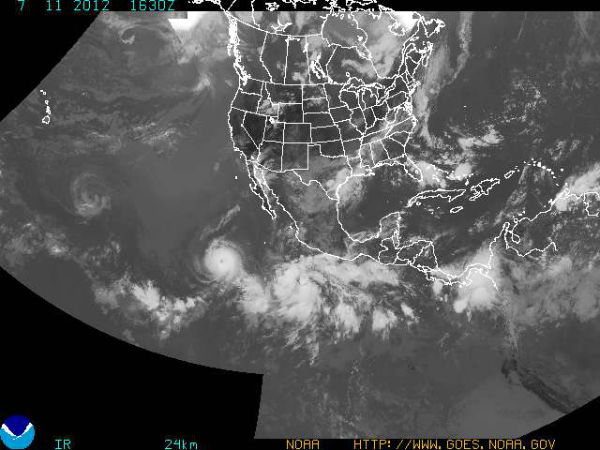 Featured image: A satellite image taken by the GOES-15 satellite on July 10, 2012, which shows three storm systems trailing one another across the ocean basin. (Credit: NOAA/NASA)

Southwesterly monsoon has brought heavy rains and destructive flooding to parts of western India over the past days, resulting in two fatalities each in Gujarat and Karnataka. Numerous towns recorded more than 100 mm (4 inches) until Monday evening, July 6, 2020,...

At least nine people have lost their lives after heavy downpour over the past days triggered flash flooding and landslides in central and western Nepal. Rescue efforts continued on Monday, July 6, 2020, but were hampered due to blocked roads and severe weather...

Comet C/2020 F3 (NEOWISE) is set to make its closest approach to Earth on July 23, 2020, when it will pass at a distance of 0.69 AU. Some experienced observers under clear skies have already reported spotting the comet with the naked eye. The comet was discovered on...

The Philippine Institute of Volcanology and Seismology has raised the alert status of Bulusan volcano from Alert Level 0 (normal) to Alert Level 1 (abnormal) on July 6, 2020. The decision was made due to increased seismic activity under the volcano. Bulusan's...

A column of volcanic ash produced by Japanese Nishinoshima volcano rose up to 8 300 m (27 230 feet) above the sea level on July 4, 2020-- its highest since 2013, the Japan Meteorological Agency (JMA) confirmed on July 6. Volcanic activity at the volcano surged in...