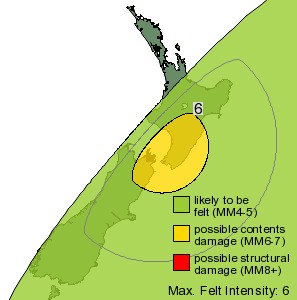 Earthquake was widely felt from Bay of Plenty to Canterbury. USGS and EMSC are reporting a magnitude 6.2 earthquake and depth of 230 km.

There quake has not created a tsunami threat, according to the Wellington Region Emergency Management Office.

The epicenter was closest to Hawera and Opunake on the North Island, but this is is less important for deep earthquakes than for shallow earthquakes. The energy is arriving at the surface in a much wider area.

Because of the depth it will probably make it harmless for damage and injuries.

Be on alert for aftershocks. 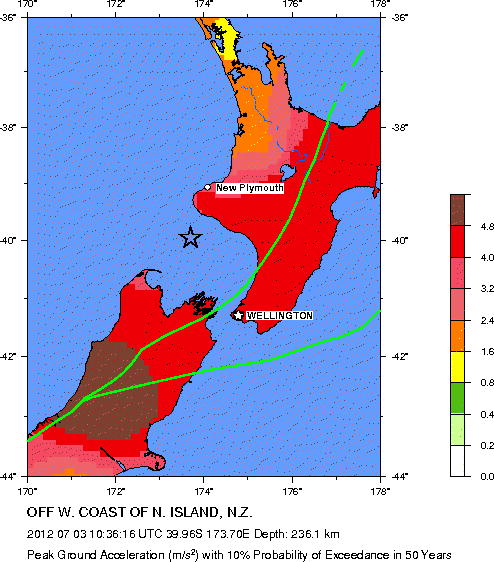