Several strong earthquakes was reported today in Vanuatu, east of Australia. The strongest reported so far was magnitude 6.9 with epicentre 124 km west of Port-Vila and depth of 10.1 km at 13:34 UTC, Thursday, Feb. 2, 2012. There was no damage reported. The Global Disaster Alert and Coordination System (GDACS) issued green tsunami alert. Earthquake-report.com is evaluating this earthquake as moderately dangerous for 2 reasons: a) the epicenter was far out in the sea (updated to 122 km from Port-Vila) and b) Vanuatu islanders are fairly used to big earthqaukes and even bigger ones than this one have resulted in no damage. 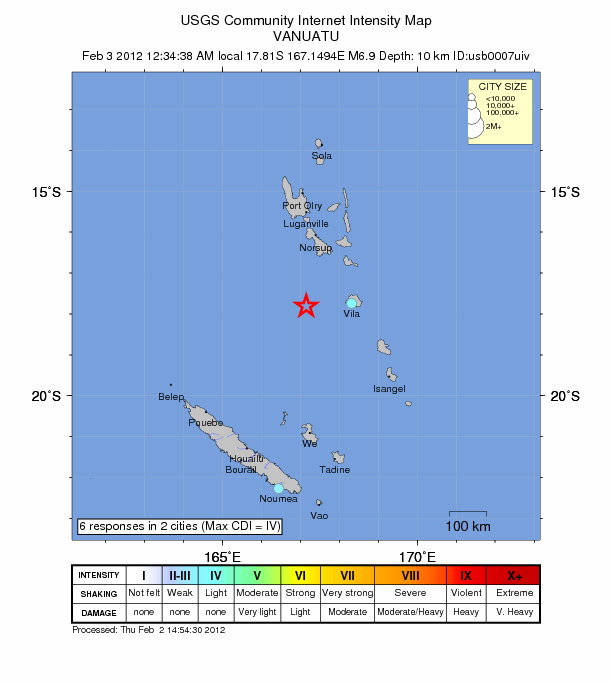 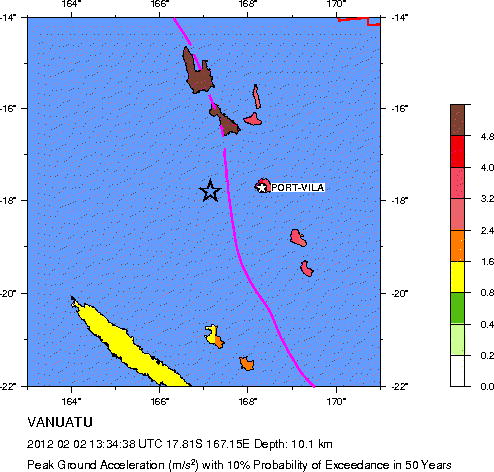