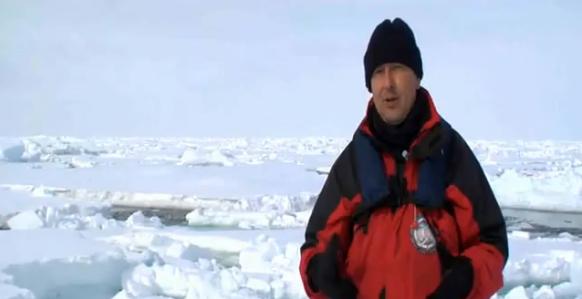 “We are facing the first clear evidence of a dangerous climate change. However, some of the researchers and some of the Media are plunged into a semantic debate about whether the Arctic Sea-Ice has reached a tipping point or not. This all is distracting the attention on the need to develop indicators that warn about the proximity of abrupt changes in the future, as well as on the policymaking to prevent them”, prof. Carlos Duarte, Director of the Oceans Institute at The University of Western Australia and Research Professor with the Spanish National Research Council (CSIC) at the Mediterranean Institute for Advanced Studies (IMEDEA) in Mallorca, Spain.

Tipping points are defined as critical points within a system, of which future condition may be qualitatively affected by small perturbations. On the other hand, tipping elements are defined as those components of the Earth system that may show tipping signs.

Duarte maintains: “Due to all of this, the Arctic region is particularly prone to show abrupt changes and transfer them to the Global Earth System. It is necessary to find rapid alarm signs, which warn us about the proximity of tipping points, for the development and deployment of adaptive strategies. This all would help to adopt more preventive policies”.

In an article, published in the latest number of ‘AMBIO’, Duarte and other CSIC researchers detail the tipping elements present in the Arctic. They also provide evidence to prove that many of these tipping elements have already entered into a dynamic of change that may become abrupt in most of the cases. According to the study, it is possible to observe numerous tipping elements that would impact on the Global Climate System if they were perturbed.

CSIC scientist explains: “In this work, we provide evidence showing that many of these tipping elements have already started up. We also identify which are the climate change thresholds that may accelerate the global climate change. The very human reaction to climate change in the Arctic (dominated by the increase of activities such as transportation, shipping, and resource exploitation) may contribute to accelerate the changes already happening”. CSIC website

Arctic sea ice extent remained unusually low through December, especially in the Barents and Kara seas.  In sharp contrast to the past two winters, the winter of 2011 has so far seen a generally positive phase of the Arctic Oscillation, a weather pattern that helps to explain low snow cover extent and warmer than average conditions over much of the United States and Eastern Europe.  In Antarctica, where summer is beginning, sea ice extent is presently above average. 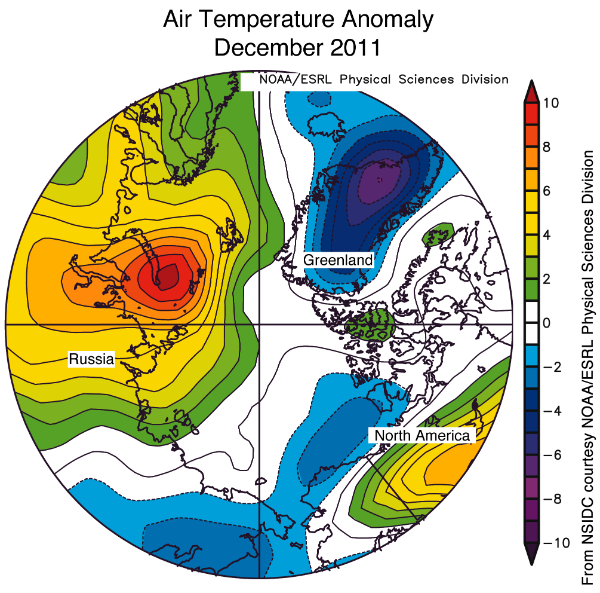 Arctic sea ice extent fell to its seasonal minimum on September 9, 2011, falling just short of the record low set in September 2007, when summer weather conditions were extremely favorable for ice loss. This summer, the weather was not as extreme as 2007, so it was surprising that ice extent dropped so low. The low ice extent, along with data on ice age, suggests that the Arctic ice cover remains thin and vulnerable to summer melt. Northern Hemisphere snow cover retreated very rapidly last spring, with record and near-record low snow cover extents in May and June despite higher-than-average winter snow extent as of February and March. 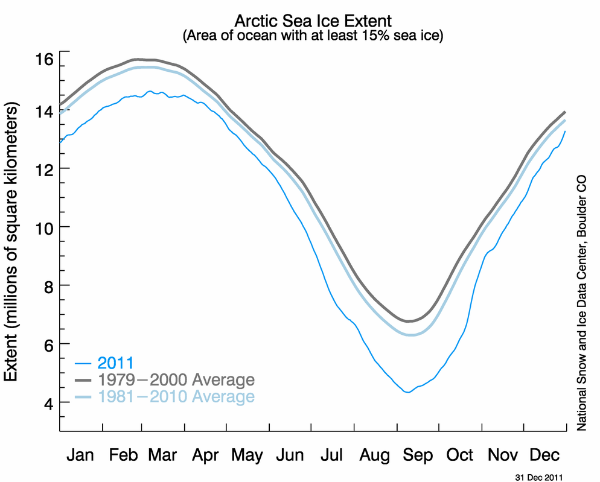 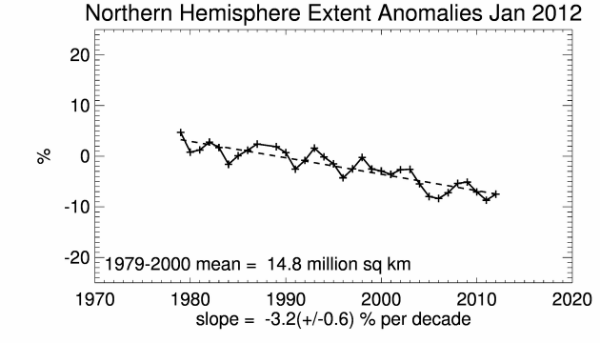 Additional materials for those who are more interested into subject:

Excange for Local Observations and Knowledge of the Arctic (ELOKA)